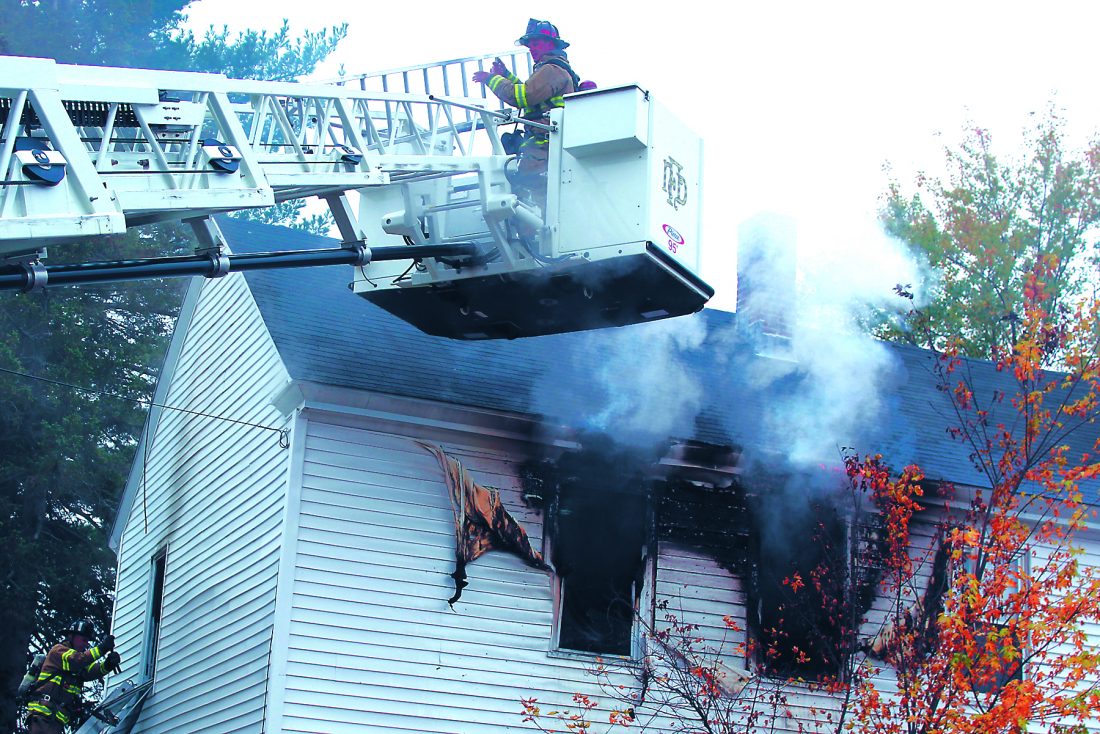 Telegraph photo by DEAN SHALHOUP Smoke billows from two second-story windows as a Nashua firefighter positions the aerial platform to open the roof and check for hot spots during Tuesday's fire at 31 Bowers St. No injuries were reported.

NASHUA – A smoky fire that apparently originated in a second-floor bedroom and threatened to extend into the attic was knocked down by firefighters in time to keep it from spreading, officials said.

Nashua Fire Rescue Deputy Chief Karl Gerhard said crews were called to a large multi-family home at 29-31 Bowers St. shortly before noon Tuesday, and upon arrival, found flames and smoke coming from two second-story windows on the front of the building.

As firefighters at Station 4 on East Hollis Street pulled out of the station, they reported seeing a large column of smoke rising from the Bowers Street area, Gerhard said.

A third engine and second ladder truck were called to the scene to assist in accessing the building to locate the source of the fire, while others conducted searches to make sure nobody was inside.

Gerhard said the bulk of the fire was extinguished within 17 minutes of the call. Several minutes later, after crews determined the building was clear of occupants, the blaze was ruled fully under control, he added.

The cause of the fire remains under investigation by members of the city Fire Marshal’s office.

AMR paramedics who stood by at the scene spoke with two or three occupants of the building, but no injuries were reported.

In all, 10 people – four adults and six children from two families – were displaced from their homes. Gerhard said Red Cross representatives were contacted to assist the families. 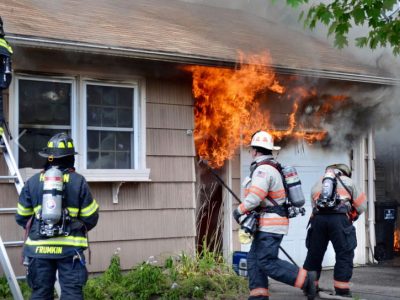