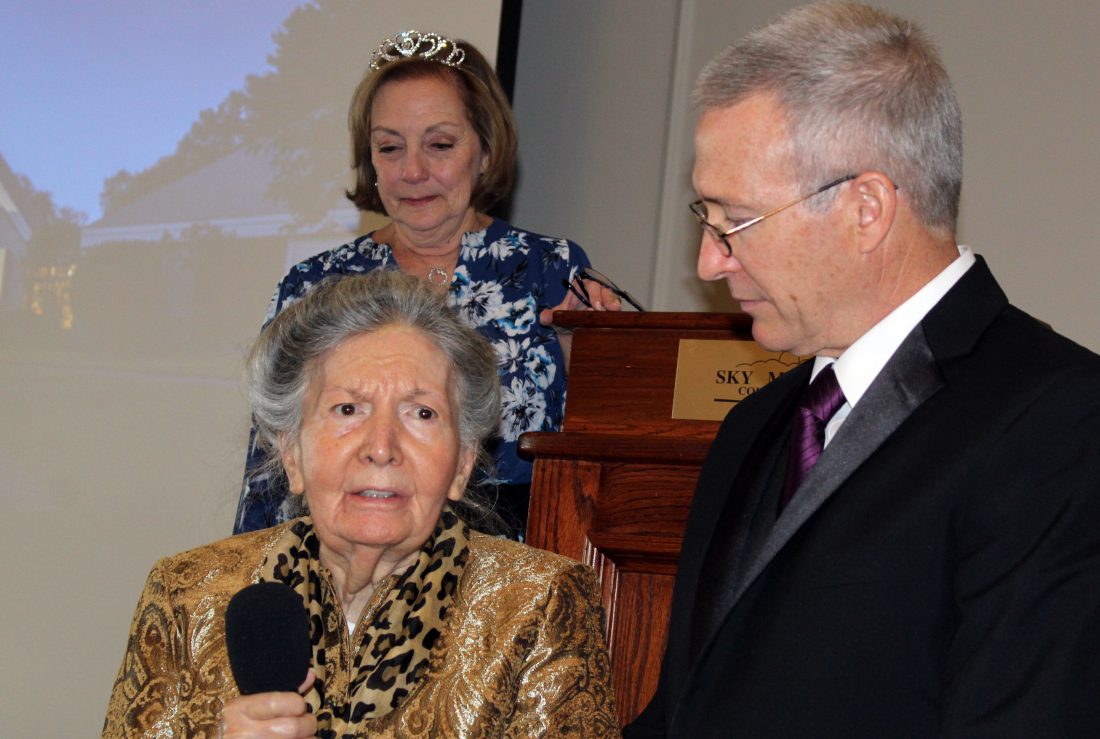 Glancing to her right, Andrade saw a hand go up and gasped. “Terry Romano,” she said as the sellout crowd applauded.

Indeed, Romano, who has served on the agency’s board of directors “and been involved in many causes,” Andrade said, delighted everyone associated with the agency and its highly-regarded Community Hospice House with her announcement.

Called to the front of the room, Romano spoke briefly, in turn thanking “everyone in this room for your support” of the agency’s programs.

At the hospice house, “you are surrounded by people who really care,” she added.

A clear majority of this year’s attendees donned tiaras of various shapes and styles in celebration of this year’s theme, “Awaken Your Inner Princess,” while a handful took it a step further and came outfitted in full princess dress.

This year’s live auction was handled by Tom Weitbrecht, an auctioneer associated with Strategic Auction Alliance, a Braintree, Mass.-based firm.

The Champagne Luncheon is one of three major HHHC fundraisers, along with its annual Wine Dinner and golf tournament.

The proceeds “directly support compassionate patient care for those who need it the most,” according to the agency. Its programs serve residents of Nashua, Manchester, Merrimack and the Derry-Salem area, along with several smaller communities in southern New Hampshire.

This year’s guest speaker was Joseph W. McQuaid, whose wife, Signe Anderson McQuaid, was cared for by HHHC and spent her final days at the Community Hospice House.

McQuaid said the family learned about the agency through a member of their church, where Signe McQuaid served as a eucharistic minister and was deeply involved in the church community.

“From the moment my family and I came into the Hospice House … you just get such an extraordinary feeling of the warmth, the sincerity,” McQuaid said, his voice breaking with emotion.

McQuaid, the publisher of the New Hampshire Union Leader and Sunday News in Manchester, said his wife lived her final five days at the Hospice House. “The staff explained everything they were doing,” he said.

“But this is a specialty way beyond that … and they do it very well,” he said.

Also impressive, McQuaid said, is that the agency “doesn’t say goodbye, good riddance, when your loved one dies.

“They stay in touch, they want to know how you’re doing,” he said, adding that they also recommend support groups and other resources for survivors.