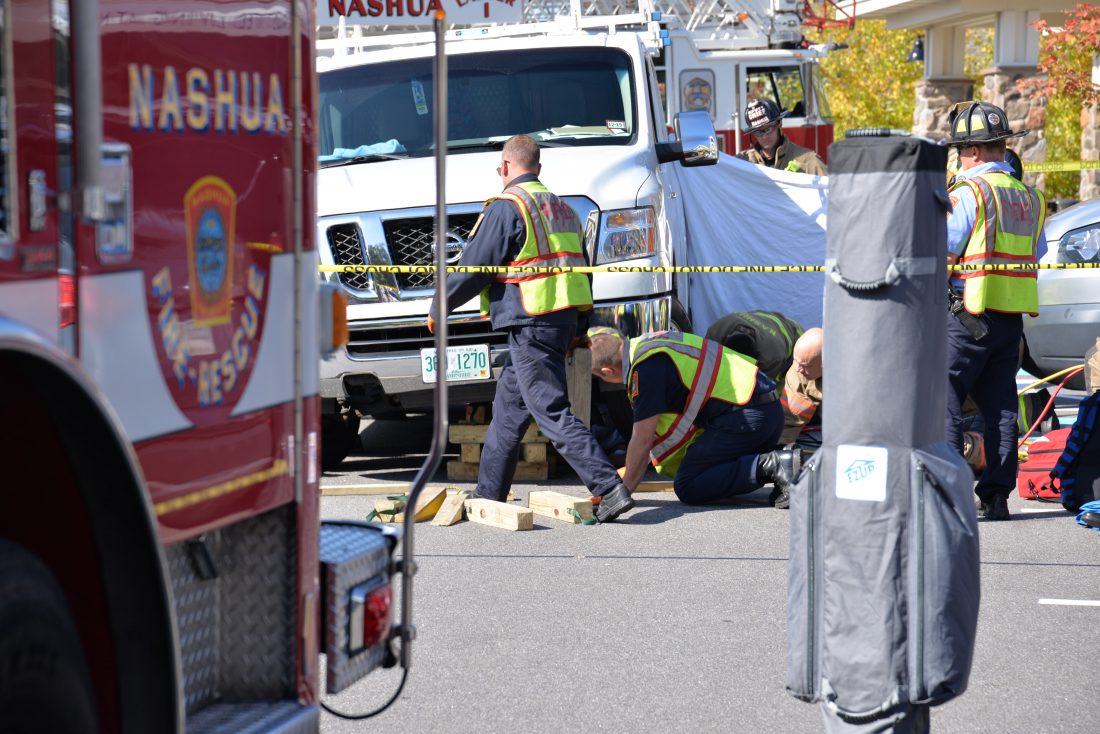 NASHUA — The police investigation is continuing into Monday’s vehicle-pedestrian collision that claimed the life of a 79-year-old woman.

Police as of late Monday hadn’t released the identity of the woman, nor the name of the driver of the van, who they described as an 80-year-old man.

Police, firefighters and ambulance personnel were called shortly after noon Monday to the area of a parking lot in front of 575 Amherst St., and upon arrival found the elderly woman pinned beneath the vehicle, which was described as a Nissan NV2500 van.

The scene was in front of Bridges by EPOCH at Nashua, an assisted living facility at 575 Amherst St.

Firefighters used various extrication tools and rescue equipment to lift the vehicle high enough to access the trapped woman. Officials said she was pronounced dead shortly after she was rescued.

Yellow police tape lined the perimeter of the scene while officials worked around the Nissan. They wrapped a blue tarp around the back of the van, then set up a white pop-up canopy in front of the van.

Police said the van’s driver is cooperating with the investigation.

The Nashua Police Collision Reconstruction Unit is tasked with investigating the cause of the collision.

Police ask anyone who may have witnessed the accident to contact the department’s Criminal Investigation Bureau at 594-3500.