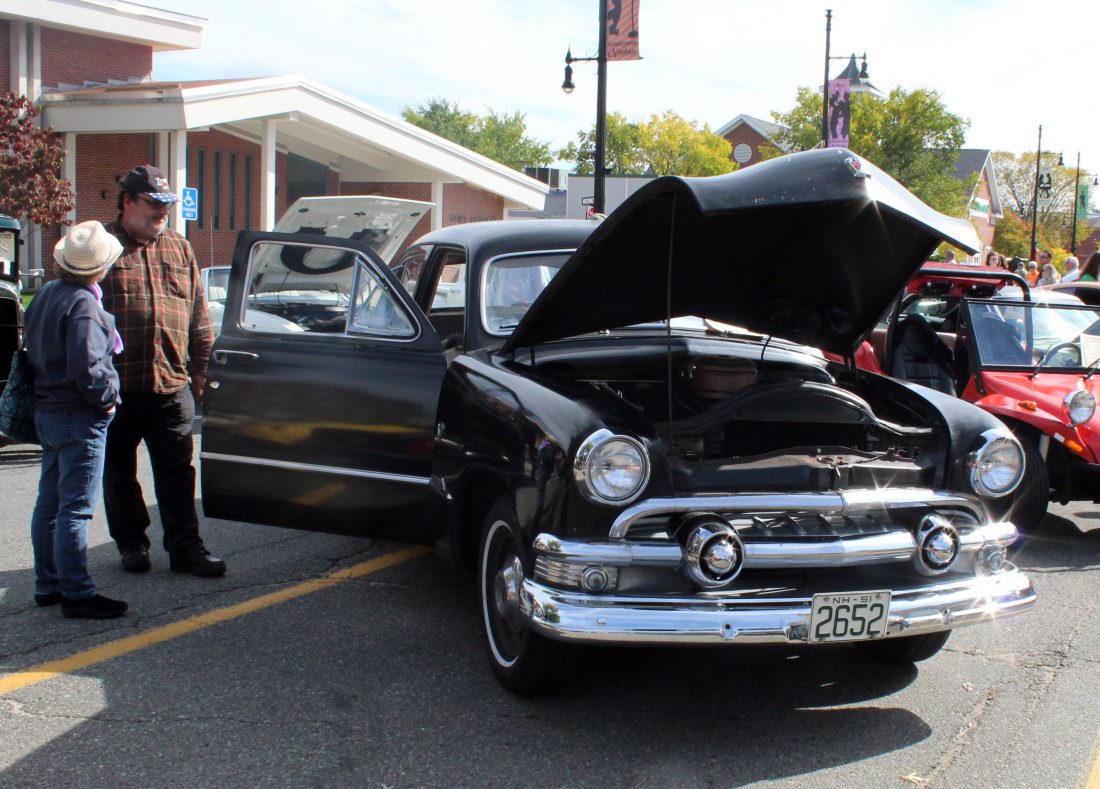 Telegraph photo by DEAN SHALHOUP Nashua resident Larry Artz shows his 1951 Ford to a visitor to Sunday's Harvey Shaw Memorial Car Show, which the Church of the Good Shepherd sponsored to pay tribute to the longtime, devoted parishioner who was also an avid classic car buff.

NASHUA – Strolling amongst classic cars ranging from 1930s vintage street rods and showroom-condition sedans to a 1964 Dodge 330 almost as wide as it is long, Adam Shaw couldn’t help but wonder how many such shows he’s been to over the years.

“I have no idea how many of these I went to in my life,” Shaw said Sunday, peering down a sun-splashed section of Main Street where curious visitors and classic-car lifers alike admired dozens of vehicles entered in the show named for his late father.

L. Harvey Shaw Jr., a longtime and faithful parishioner at Nashua’s Church of the Good Shepherd, was the inspiration for Sunday’s show, appropriately named the Harvey Shaw Memorial Car Show in tribute of the man who passed just over a year ago at age 70.

“I think this is the best way to honor my father,” Adam Shaw said. “This is what he did,” he added, referring to collecting, restoring and showing classic cars.

A lot of people involved with the church were quite aware of Harvey Shaw’s status as a “car guy,” and one who scored numerous awards over the years, most recently for his 1967 Shelby Cobra and 1956 Mercury Monterey.

So, some months ago, they put their heads together and came up with the idea for a show in Shaw’s memory. To them, and his wide circle of friends and fellow parishioners, Shaw was at once “an important, long-term member of the Church of the Good Shepherd,” as well as “a well-known and respected member” of the local and regional classic-car community.

Organizers, who hope to make the show an annual event, earmarked all the proceeds of this year’s show to help agencies that serve Greater Nashua fund their various programs and activities.

Adam Shaw, meanwhile, said he sometimes wishes he learned more about cars, having been around so many for much of his life.

But he also has no regrets: “I just liked spending time with him,” he said of his father. 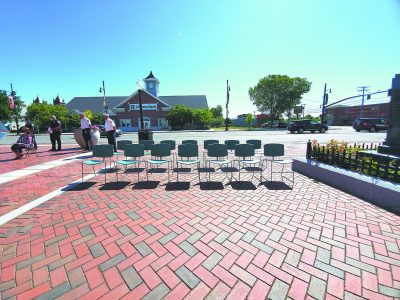 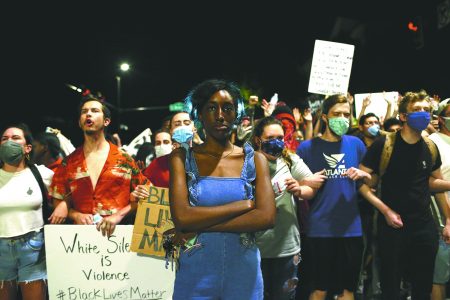 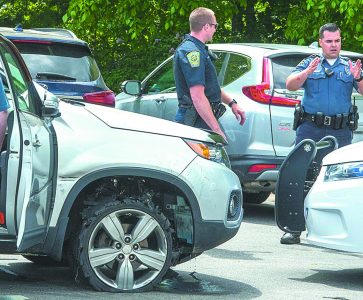