A celebration of teachers at NEFie Awards 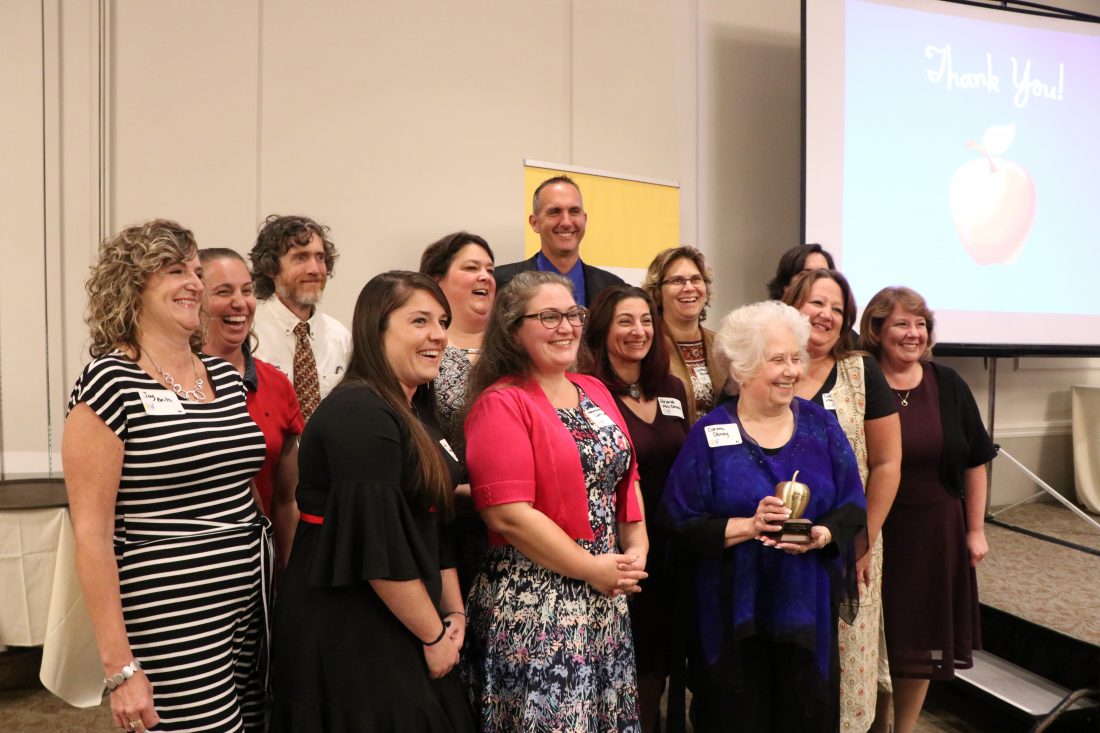 For nearly a decade, members of the Nashua Education Foundation have worked to provide grants and additional resources to teachers in the school district.

One of those grant recipients was in the audience Thursday evening. Nashua High School North educator Erin Knoetig received funds from the foundation last year to purchase drones for her Girls in STEAM (science, technology, engineering, art and math) drone course.

Knoetig brought five of her students, who shared why they loved the class and how the grant helped the class. They were even able to fly a drone, piloted by Knoetig, across the room.

According to foundation President Beth Kreick, the nonprofit has provided more than $100,000 to 75 enrichment projects.

“We believe there is no more worthy cause than educating our children to become positive and productive members of our community,” Kreick said.

Thursday night, however, was a night to recognize the educators of those children.

Additionally, each year, the foundation presents the Ron Kraus Outside the Profession Award. Kraus was the founder of the Nashua Education Foundation, who passed away in 2012.

Foundation board member Scott Flegal said Thursday that Kraus was a, “wonderful member of the community,” as well as someone who was, “completely committed to education.”

This year’s winners of the Ron Kraus Outside the Profession Award were Tulley Automotive Group and Peters of Nashua, for help in revitalizing the Nashua Technology Center’s Automotive Program.

“Far too many people spend their lifetime headed in the wrong direction because they were never given the opportunity to uncover their greatest talents and potential. The two individuals that I have the honor of speaking about today are committed to making sure that never happens for students in Nashua,” Nashua Technology Center North Director Amanda Bastoni said while recognizing Vice President of Peters of Nashua Peggy Proko and Tulley BMW owner Mark Tulley.

“They were instrumental in designing the last phase to ensure that all the students had state-of-the-art equipment and could participate in hands-on learning,” Bastoni said.

All proceeds from Thursday’s event are going back to the organization to fund for more projects in the Nashua School District. 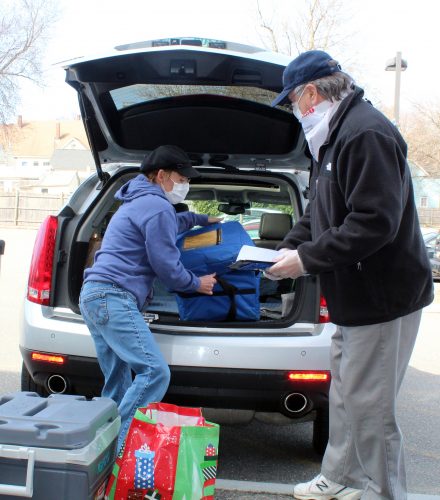