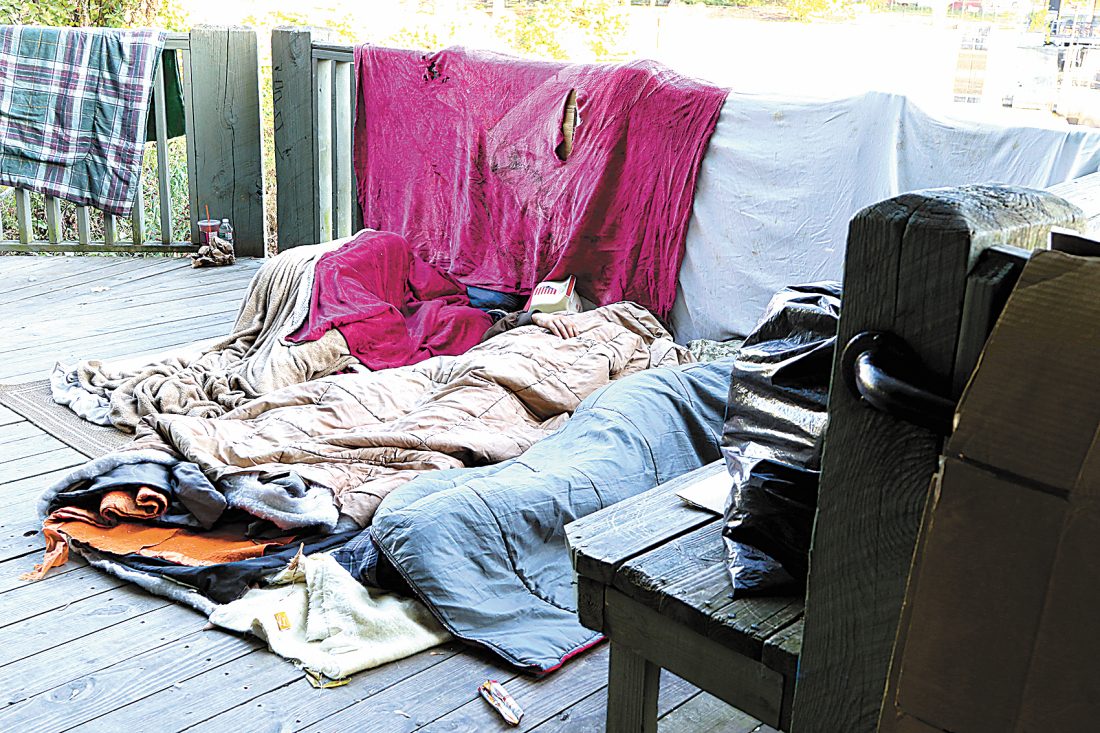 NASHUA – At the same time foreign luxury cars priced at $80,000 or more flowed through downtown Nashua during the Thursday morning commute, a group of homeless people could be seen sleeping on a wooden deck along the Nashua River.

Though Nashua is far from the only city with a homeless problem, information released by the U.S. Census Bureau on Thursday identified New Hampshire as one of nine states to see income inequality increase from 2017 to 2018.

Recently, Gov. Chris Sununu cited New Hampshire’s lowest-in-the-nation poverty rate of 6.4%. While this is true, Nashua’s homeless population continues to grow. An example of this is that Nashua Soup Kitchen & Shelter officials are hoping to raise $3 million to transform the former Sacred Heart School at 35 Spring St. into a new homeless refuge.

Furthermore, as winter approaches, officials at existing shelters throughout the Gate City are working diligently to make sure they can accommodate those in need of protection from the harsh New Hampshire conditions.

According to the date, New Hampshire’s median household income is now $74,991. That is the nation’s sixth-highest and compares to $73,381 last year.

During 2018, the percentage of people without health insurance at the time of survey ranged from 2.8% in Massachusetts to 17.7% in Texas. From 2017 to 2018, the uninsured rate decreased in two and increased in five of the 25 most populous metropolitan areas.