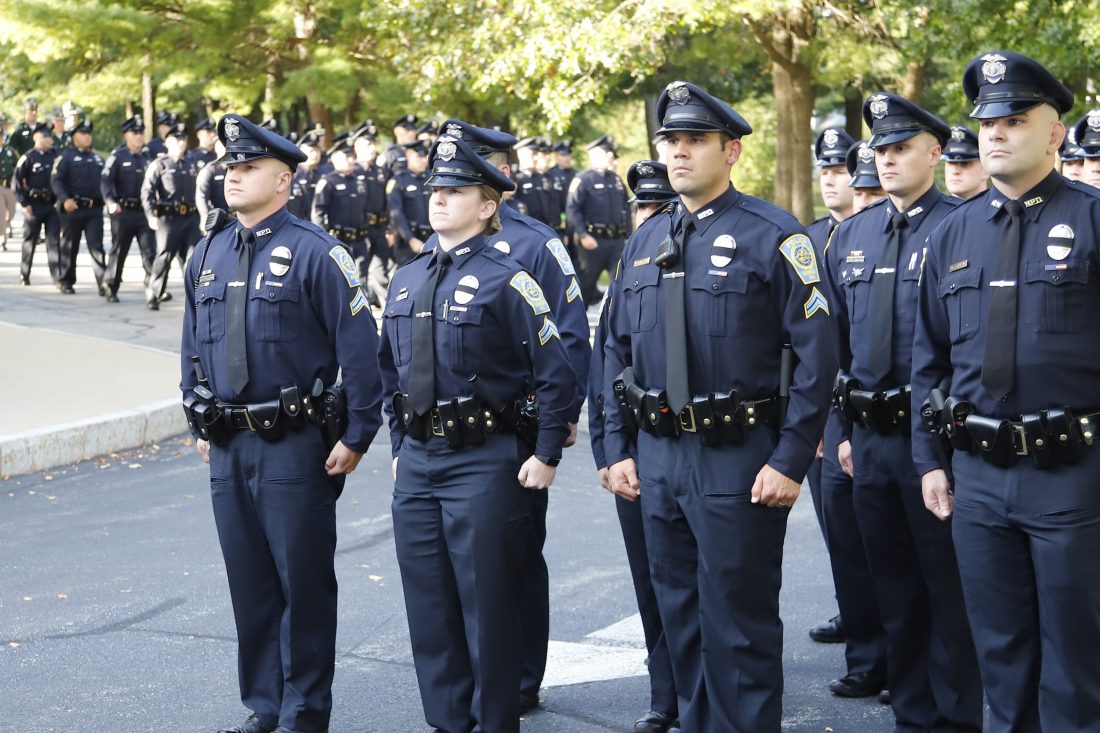 NASHUA – While still coping with the sudden loss of one of their own, members of the Nashua Police Department came together – joining many law enforcement officers from other communities – to pay respect and say goodbye to the late Capt. Jonathan Lehto during his funeral on Tuesday.

As they gathered outside Sky Meadow Country Club, Nashua’s finest were joined by members of Nashua Fire Rescue, as well as law enforcement officers from communities such as Hollis, Hudson, Londonderry, Merrimack and Winchester, as well as the New Hampshire State Police.

Officers from Massachusetts also marched as a sign of respect. Officers representing departments including Tyngsborough, Lowell, Carlisle and the Massachusetts State Police followed the Nashua officers and New Hampshire troopers during the ceremony.

Joining the active officers were retired members of the department, including former Nashua Police Chief Andrew Lavoie, as well as non-uniformed personal, as civilians, including state and city officials, such as Mayor Jim Donchess and some federal employees.

Officers and civilians who took part in the ceremony marched to the beat and bagpipes set by the Worcester Kiltie Pipe Band.