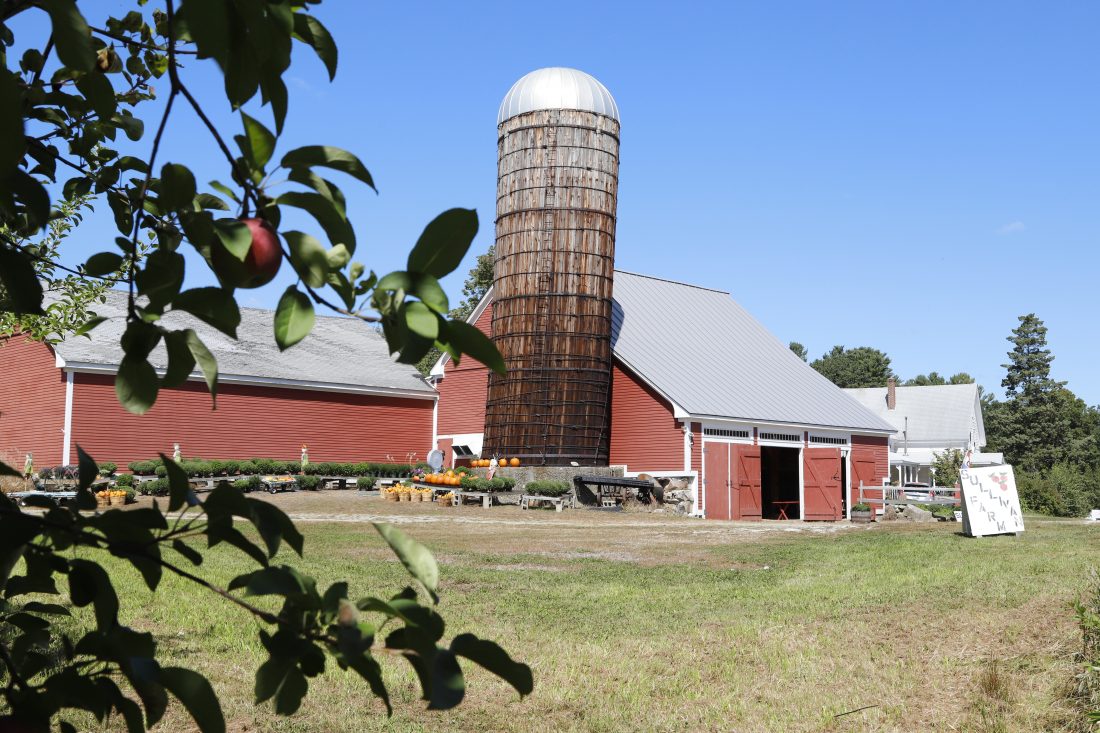 NASHUA – Life has been busy for Katherine Williams and others at Sullivan Farm – the last working farm within the city of Nashua.

Officials at the a 52-acre farm 70 Coburn Ave. are working through the Society for the Protection of New Hampshire Forests to become a protected conservation property.

The society is a nonprofit dedicated to protecting historical and natural locations throughout the state, including the White Mountains, Crawford Notch, Mount Monadnock and many others locations. Williams has been able to get the the city of Nashua as well as the state and federal government involved in the process.

The steps taken have included multiple appraisals of the property, as well as land surveyors who have visited the farm to make sure the property is as described: a working farm with greenhouses, an orchard, a fishing pond and community gardens, all of which are located within the 52 acres.

While she hasn’t signed closing papers or any other documentation, Williams said the farm is getting closer to being a protected property.

Nashua Director of Community Development Sarah Marchant recently visited the farm to discuss where to put the Land and Community Heritage Investment Program sign, which will promote the $213,000 grant the farm received from the city last year in order to fund the conservation plan.

The farm has been in the Williams family for four generations since 1911 when Katherine’s great-grandfather, Joseph Sedlewicz, bough the location and used them for dairy cows and vegetable farming.

Williams said her goal is to see the farm operate as it has since she can remember.

“We are a working farm and I would just like to see the farm remain a farm and an open space,” Williams said.

“It’s the last farm and it’s what I’ve been doing my whole life,” she added, as she recalled her father and grandfather running the property.

Williams said she has been approached numerous times by individuals and businesses looking to build on the property, something she is adamant will not happen as long as it’s up to her.

“I have a very strong sense of place, and I don’t want to see it being built up with houses and condominiums,” she said. “I like how it is and it’s my effort to keep it that way.”

As Williams works toward officially obtaining conservation status, she said there is no plan for the location to stop functioning as a working farm, in which the community is able to enjoy the greenhouses and orchard during the respective spring and fall seasons.

“I have greenhouses that we operate in the spring, that have perennials, annuals, vegetable plants, and I have a retail space there,” Williams said about the farm’s seasonal offerings. “Then in the fall, we move over to the farm and we have pick your own and apples and blueberries and peaches and all kinds of vegetables.”

With the upcoming Applefest hosted by The Salvation Army, which will take place on the farm through the weekend of Oct. 5-6, patrons will be able to enjoy many of the farm’s offerings.

During the festival, attendees will also be able to enjoy seeing the farm animals, taking pony and hayrides, pumpkin and face painting, as well as ice cream and seasonal foods, such as classic apple pie.