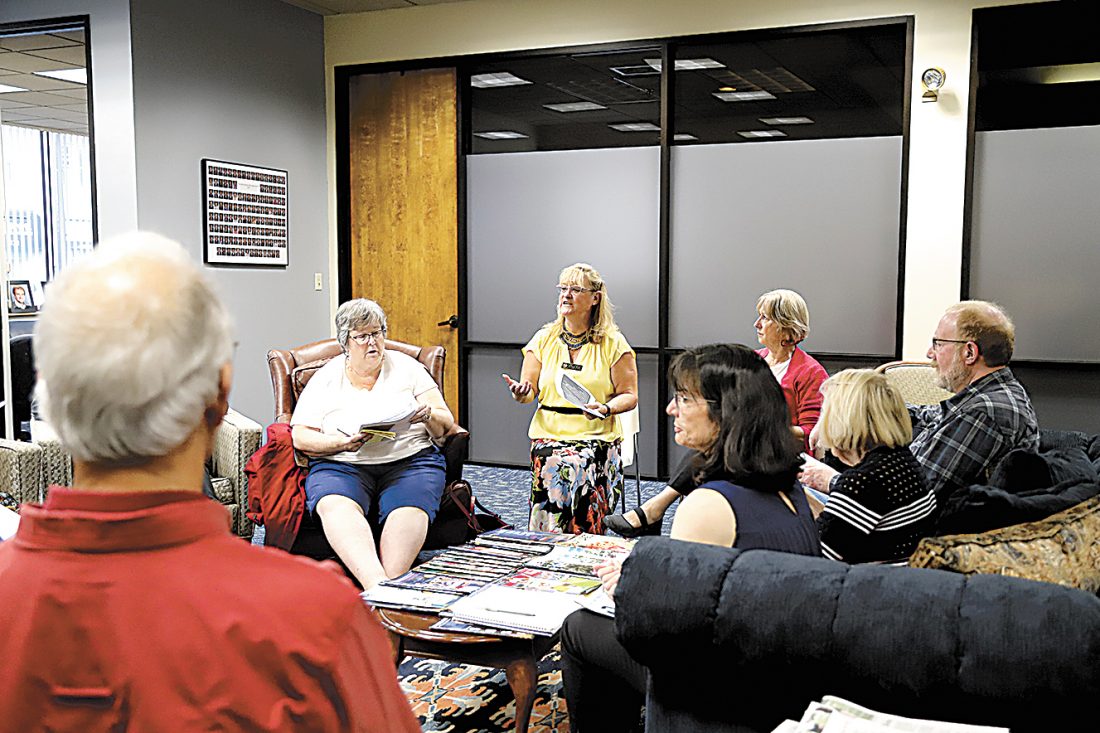 NASHUA – A veto by Gov. Chris Sununu left New Hampshire’s minimum wage of $7.25 per hour lower than those enforced by states such as West Virginia and Arkansas.

Sununu’s vetoes, along with a potential state income tax and problems associated with homelessness, were the subjects of a somewhat freewheeling town hall-style meeting on Thursday. New Hampshire House of Representatives members Sherry Dutzy, Patricia Klee and Suzanne Vail, all D-Nashua, hosted the session at the law offices of Scott Flegal.

While there has been talk of a proposed income tax coming from some political groups, the officials on-hand insisted this is not the case.

“No one with brain cells up in the State House is going to stand on the floor and say, ‘Let’s put in an income tax,'” Klee, who is also a member of Nashua’s Board of Aldermen, said.

“There is no income tax in the budget anywhere; there’s no sales tax,” she added.

In late June, Sununu vetoed the Democrats’ $13 billion two-year budget plan, adding in his veto message, “It would hurt our family-run small businesses, the lifeblood of our economy, with an immediate and retroactive 12.5% tax increase.”

Nearly a quarter of the way through fiscal year 2020, a budget still has not made it past Sununu’s veto.

With the proposed budget, the Democrats on-hand Thursday said Nashua would get a combined $8.9 million in educational funding and municipal aid during the next two years. Klee said the proposed budget that Sununu vetoed would have helped Nashua immensely.

“For the first year, we would have got $1.7 million,” Klee said. “The proposed budget estimate for 2021 for education is almost $3.4 million.

“The other is the municipal aid, and that’s $3.7 million that Nashua would get, and that would be to kind of defer real estate taxes,” she added.

The representatives claim Sununu continues to veto the budget so that businesses can continue to benefit by receiving the tax cuts established in the previous year’s budget, via which the state continues to operate until a new budget becomes law. Klee said this is detrimental to a balanced budget that offers aid to the state’s municipality and educational funding.

She said both the House and the Senate attempted to find common ground with the governor by proposing an amendment to the budget that would allow for the businesses to continue to receive the cuts in the first quarter.

Although Klee insists there is no plan for an income tax, she said there would be a new capital gains tax.

A capital gain is basically the profit that someone makes from the sale of an investment or a property. Klee said the planned tax would not impact the average resident who makes less than $5,000 per year on capital gains. However, any gains made in excess of $5,000 would be taxed at 5%, she said.

Klee strongly defended the bill, making it clear that the capital gains tax is not an income tax, something no politician would dare propose in New Hampshire.

Later, during the public comment period, the topic of homelessness affecting the downtown area was discussed. Constituent Antoinette Drouart said this includes the area on the bank of the Nashua River around Jackson Falls where she and her husband, Eric, live.

“Off of Jacks Falls, we have many homeless that sleep there. We have rubbish that is just thrown everywhere,” Drouart said. “And we have I believe they’re homeless going to the bathroom off the side of the banks.”

Vail acknowledged that homelessness is a serious problem affecting the city, with high cost of living, and housing almost unaffordable.

“Rents are escalating. A lot of it is the housing that is available is not livable,” Vail said. “It bankrupts people, especially if they have a serious illness.”