No Headlights, Plenty of Balloons 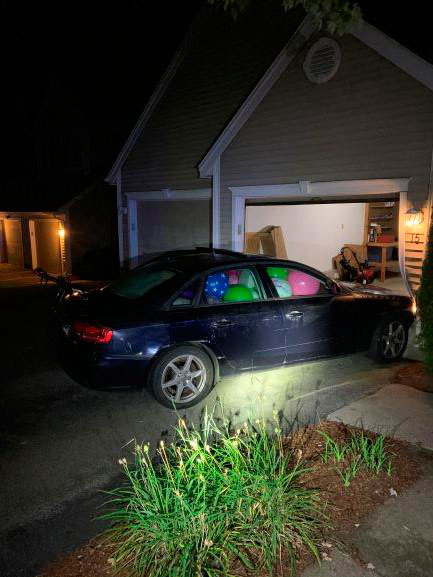 Police allegedly spotted William Riley driving on Everett Turnpike in Nashua at 3:30 a.m. Friday without using the car’s headlights. State troopers spotted the car – an Audi A4 filled with colorful balloons and bouncy balls – near Exit 8 and tried to conduct a vehicle stop. The driver did not stop, instead increased speed in an effort to elude police. A brief chase ensued until the driver arrived at his reported residence in Bedford, where he lost control and hit his own house. Troopers apprehended the suspect, identified as Riley, 20. He faces charges of reckless operation, disobeying an officer and several violation-level offenses.