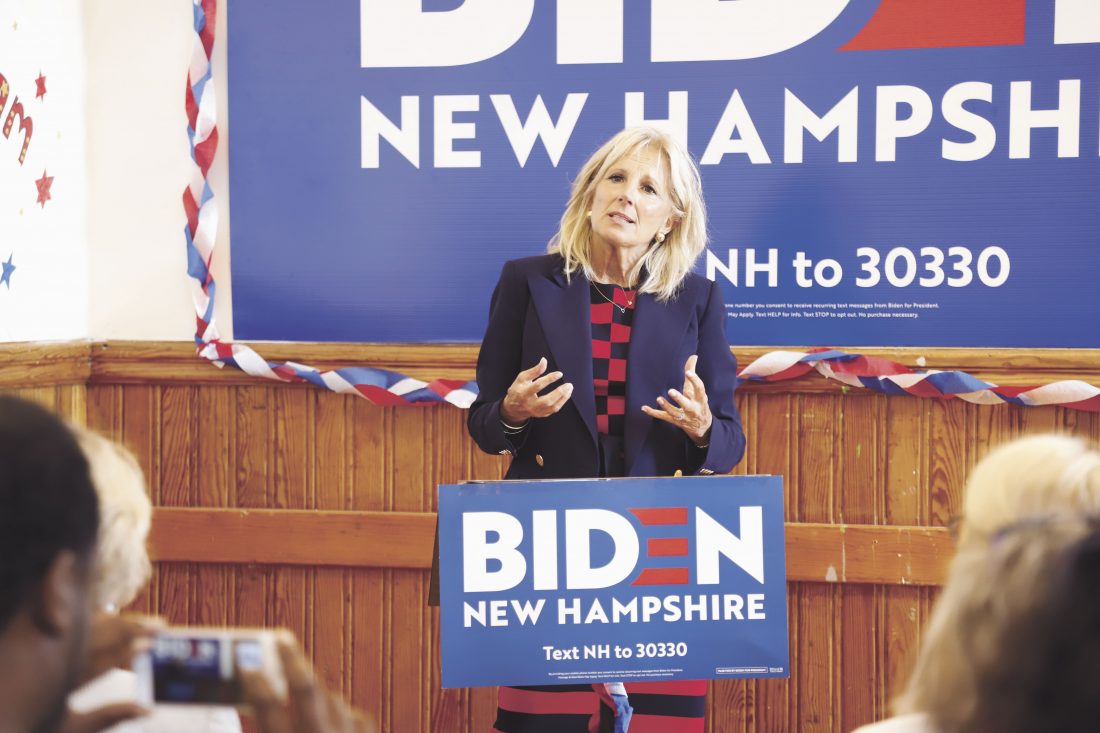 As the campaign heats up, organizers with the Biden campaign officially opened a Nashua field office at 142 Main St. on Monday. Biden’s wife, Jill Biden, was in attendance to address supporters.

“It’s about health care, because we all need health care, and we need a future where we can lead the world in the fight against climate change,” she said of the campaign’s efforts.

The Biden team joins those of Democratic candidates Elizabeth Warren, Kamala Harris, Cory Booker and Andrew Yang in renting space in the Gate City. The Sanders campaign, meanwhile, operates a field office just across the Merrimack River in Hudson.

The New Hampshire primary is tentatively scheduled for Feb. 11, although Secretary of State Bill Gardner has said he reserves the right to change the date if he deems necessary.

One major difference Biden has with the other main Democratic contenders is on health care. Biden favors reinforcing Obamacare (also known as the Affordable Care Act, or ACA), while adding a public option for those who wish to buy coverage from the government.

Sanders, Warren and Harris, meanwhile, have expressed their desire to implement the more expensive and ambitious “Medicare for All” single-payer plan.

On Monday, Jill Biden, who worked as a community college professor during her husband’s time as President Barack Obama’s vice president, was introduced to the gathering of supporters by New Hampshire Sen. Melanie Levesque, D-Brookline – a graduate of Nashua Community College. Levesque said she respects the work the Bidens, especially Jill, have done to expand and bolster community colleges.

While addressing the crowd, Biden talked about her husband’s campaign as one that is about protecting the future of America. She told the story of an elderly women she met at her grocery store in Delaware. Despite not having a lot of money, the woman showed monetary support for the Biden campaign.

“It’s about protecting Social Security and Medicare that she relies on,” Jill Biden said of the woman and the campaign.

With the former vice president scheduled to return to New Hampshire on Aug. 23 and 24, his campaign will continue to open up offices during the next two weeks. These are scheduled for Keene and Portsmouth, as well as another field office to open in Manchester.