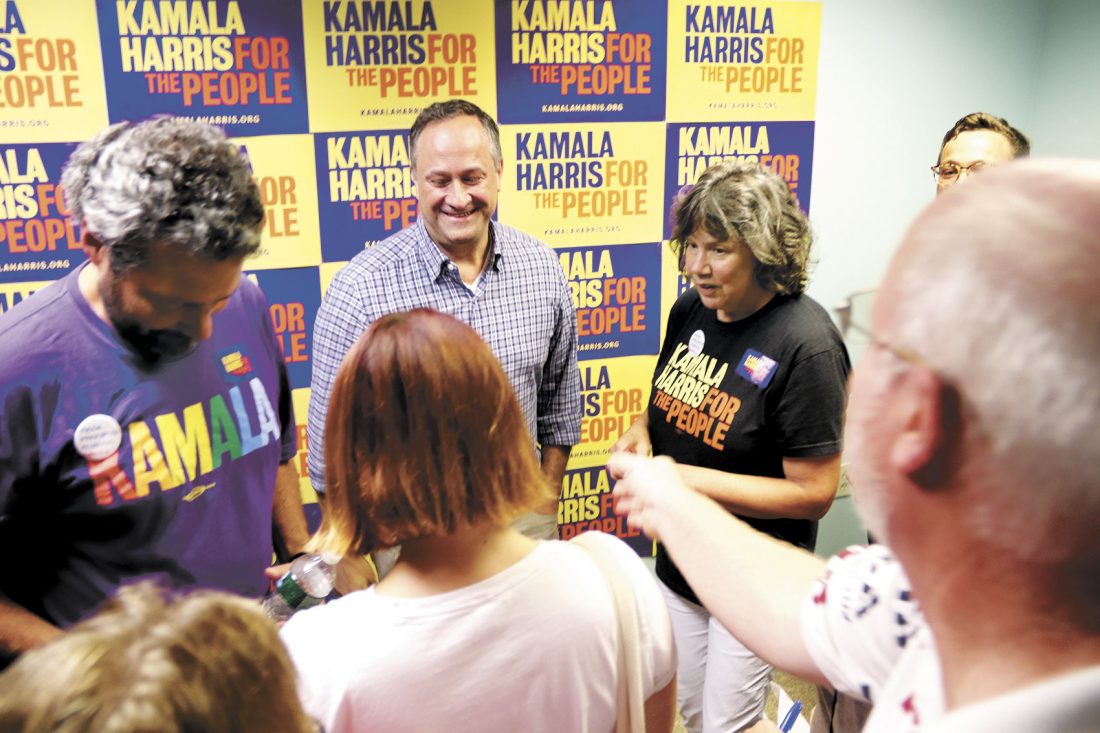 Emhoff congratulated the supporters and volunteers who commandeered the field office opening, her fourth, following ones in Manchester, Portsmouth and Keene. The Nashua office is located at 33 Main St.

“This is incredible. This is one of my favorite things to do,” he told the crowded room. “(That) is to talk about my wife.”

The California senator’s husband said he had been speaking all over the country, calling the opportunity, “surreal and overwhelming, and really cool.”

Harris is currently in Iowa on a five-city bus tour, according to her office.

Emhoff spoke about the political trek, and trajectory of his wife’s career, who was first elected to the U.S. Senate as a Democrat in 2016. She also was that state’s attorney general from 2011-2017, the first woman of color to hold that elected position.

“We’ve been together for about seven years, and she’s a woman of action,” he said. “She’s always moving forward.

Harris graduated from Howard University, where she was a student leader, active in student government. She returned to California to attend law school, and became a fierce prosecutor, where she focused on violence against children and “violence against those who are most vulnerable.”

“She really digs into the issues and does them for the all right reasons,” Emhoff remarked. “Her record is great, and she has nothing to be defensive about.”

“To be at the table, not on the outside looking in,” he said. “But to be on the inside. And being a leader and being representative for so many people who aren’t able to be at that table. And that’s how she’s approached the rest of her career.”

Emhoff touted Harris’ accomplishments, including winning the biggest settlement, at that time, against the biggest banks during the mortgage crisis, going after large oil and tobacco companies and forcing personal privacy rights against tech firms.

“It’s amazing,” he said. “You can do this. Own your power. Believe in yourself. And for the whole world to see that now, it’s awesome. And we’re in it to win it.”