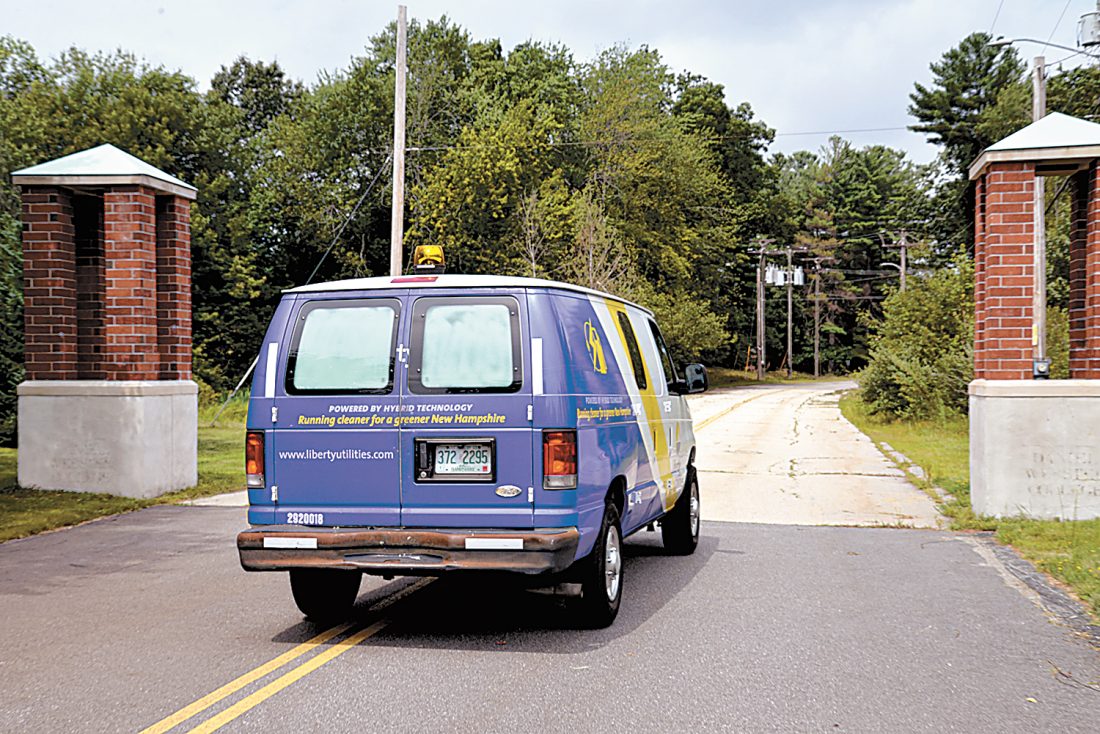 This is just the latest development in the saga of the 50-acre site, which ceased to serve as a college more than two years ago. For the most part, the condition of the campus, as well as the owner’s ultimate intentions for it, remain shrouded in mystery.

Adding to the intrigue on Wednesday was that fact that, during The Telegraph’s visit to the campus entrance, a Liberty Utilities vehicle was observed driving on the property.

Later, Liberty spokeswoman Emily Burnett said the company did not make any official visit to the campus.

“We are not doing any work there,” Burnett said.

Nonetheless, one of the company’s vehicles was seen driving down the long driveway until it moved out of sight. Burnett said sometimes, drivers need to check their orders. She said they could have entered a note in their computer while on the property.

As for the city’s relationship with the property owner, Donchess said it is basically nonexistent.

“We’re still waiting for the owner to contact us to express some plans about the site,” Donchess said.

As the property stands, the city has no use for it. Donchess said the Nashua School District would never want it because it features too many buildings over too wide of an area.

In addition, he said officials know these buildings are not in good shape.

“There’s asbestos in the buildings, tons. A lot of improvements would have to be done, and it’s a bunch of buildings scattered over a large area,” Donchess said. “It wouldn’t work for a middle school. There’s no particular city use that we could put it to, so investing millions of dollars to buy the campus would not be a good expenditure of funds.”

However, officials would prefer to draw an educational institution to the site, but city leaders do not have that say at the moment.

Donchess said the property was purchased for $12.5 million. He also heard the owner was under the impression that it was an operating college at the time of acquisition.

Donchess said the owner is a Chinese entity represented by a Connecticut attorney. He said to his knowledge, no one representing the city has ever spoken to the property owner.

The property owner has been identified as Sui Liu. The Telegraph has been unsuccessful in attempts to contact this individual.