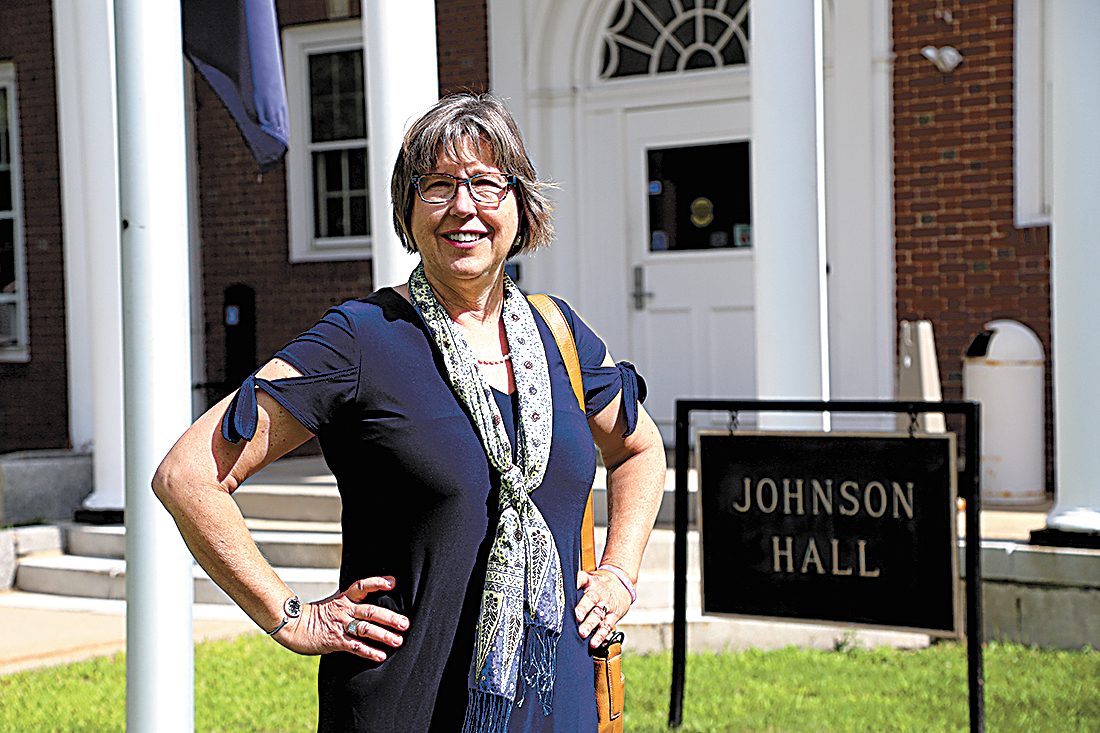 CONCORD – Months of private investigations, claims of unfair property valuations and favoritism for certain owners – and even allegations of city employees taking naps on the taxpayers’ dime – culminated in Tuesday’s Board of Tax and Land Appeals hearing on the Nashua Assessing Department.

Nashua representatives appeared before BTLA members Michele LeBrun, Theresa Walker and Albert Shamash in Concord. The board heard from not only Nashua Corporation Counsel Steve Bolton, but also from members of Massachusetts-based KRT Appraisal, as well as from members at the New Hampshire Department of Revenue Administration (DRA) and residents concerned about the proper function of the city’s assessing functions – including Laurie Ortolano.

Board members did not come to an immediate decision at the closing of the hearing, as they instead chose to close the hearing to deliberate.

Chair Michele LeBrun said members will issue an order to all parties involved with their decision to either close the investigation or identify the next steps in the process.

“The average of all properties sold and what the percentage was as determined by the sales price,” Bolton said. “Nashua was assessing property on the average at 98.4%.”

Bolton said prior to the 2018 statistical revaluation performed by KRT, the city was under the 90% threshold.

Bolton offered the board other instances of the city’s compliance with standards, including the city’s recent revaluation, as well as the plan to undertake a full measure and list during a three-year span from 2020 to 2022.

Bolton said this will be under consideration by members of the Board of Aldermen during an upcoming meeting. He said it will likely cost about $1.3 million.

“Our intention is to conduct for the 2022 year a full measure and list,” Bolton told the board. “We will attempt to get into as many homes as we can… We will seek to inspect as many properties as possible to update the data.”

Bolton continued to defend the Assessing Department’s work and reputation, referencing ways the department maintains updated records. This includes flyovers, by which the exterior of houses are photographed, and inspections done during abatements.

Bolton informed the board the city has hired a consultant, David Cornell – Manchester’s former chief assessor – to review all practices in the Assessing Department, while asking him to provide recommendations for improvement. He also referenced the department’s updated AssessPRO software, which would make the assessing functions more efficient.

“Our goal is to continue to improve and be at the forefront of doing thing the appropriate way,” Bolton said, “…We are going to miss on occasion. We don’t think we miss much.”

“We strive to continue to improve – we strive for perfection,” he added. “I can tell you we have not achieved perfection.”

Department of Revenue Administration counsel Peter Roth and Adam Denoncourt, testifying as factual witness, brought evidence to the board expressing concerns about Nashua. These include Board of Assessors meeting minutes, KRT’s revaluation and alleged non-compliance with past Uniform Standards of Professional Appraisal Practice reports.

While Roth said the DRA generally has a good relationship with the city, and that the Assessing Department does ask them for advice, there are concerns about how the department is acquiring data about properties.

Roth suggested the board intervene to assure the public that the assessing work is done in an appropriate and transparent way.

While making her case against the city, Ortolano – of 41 Berkeley St. – who has been a strong voice for reform, said she doesn’t believe a full measure and list would be the way to go at this point.

She referenced much of her research into many properties throughout Nashua when stating she wants to see reform at other levels.

During her testimony, Ortolano also read from a 62-page report in which she collaborated with six other residents expressing their concerns.

“The term transparency, when used in a political or public policy context, can carry different meanings for different actors…” Ortolano read to the board. “In the present instant, from a public policy perspective, I believe the Nashua Office of Assessing has lacked transparency.”

Laura Colquhoun, another Nashua resident, brought her own set of evidence to the hearing. This included documents that alleged the city is not collecting the taxes owed by some Nashua property owners, amounting to thousands of dollars in lost revenue.

She also made claims of residents receiving perks from the city. In one instance, she alleged a resident complained to an assessor that their assessment was too high, and without going through the abatement process, saw it lowered.

“I want to know why she didn’t have to go through the abatement process,” Colquhoun said.

As she has done through her appearances at town halls-style meetings, Board of Assessors and Aldermen meetings, Ortolano continued to call for change.

“We must change the change the culture in the Assessor’s Office and allow the Board of Assessors to do its job as an independent entity,” she said during her closing statement. “Bring real transparency to the process…Welcome all responsible oversight.”

“Only if we do this will public confidence be restored, and only then can the city move forward with confidence,” she added.