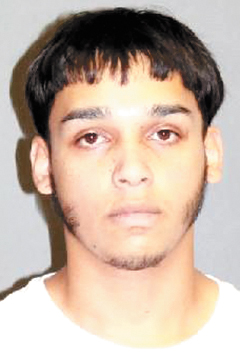 In May, the Nashua police received a complaint regarding alleged drug activity occurring in the area of 6 Auburn St. The Narcotics Intelligence Division furthered the complaint and Guzman-Ayala was identified as the suspect. Based on the investigation, detectives obtained an arrest warrant for Guzman-Ayala, and he was ultimately arrested.