One year after murder, officials still are silent 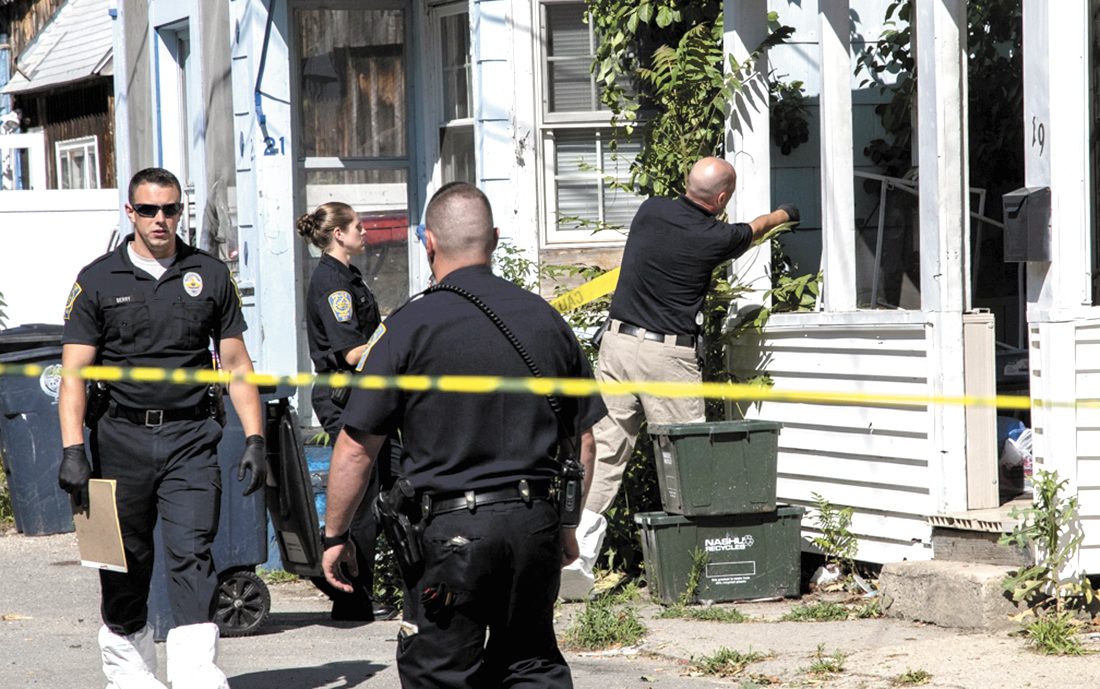 Photo by Jeffrey Hastings Uniformed police officers and detectives collect evidence at 19 Buck St. on July 8, 2018, the day David Smith was killed inside the residence. Police continue to investigate the murder.

NASHUA – While there is no new information he will provide at this point, state Assistant Attorney General Benjamin Agati on Tuesday said authorities are “making progress” in their investigation into the homicide death of downtown resident David Smith, which took place July 8, 2018.

Police have, and continue to, “put in a lot of man-hours on this,” Agati said, adding that investigators are working the case daily and meeting regularly to review the newest details.

Most recently, the team of investigators met with each other about two weeks ago, Agati said. They also met with members of Smith’s family about the same time, he added.

Smith, 49, was found deceased inside his apartment at 19 Buck St. by officers responding to a 911 call early the morning of July 8, 2018, police said at the time.

The caller, who isn’t identified but is believed to be a man, reportedly told police he lived at 19 Buck St. and came home to find his roommate, later identified as Smith, “tied up, assaulted and cold to the touch,” according to reports at the time.

An autopsy conducted by New Hampshire Chief Medical Examiner Jennie V. Duval determined Smith died from a single gunshot wound, according to the report. Duval classified the manner of death as a homicide.

Nashua officers and detectives roped off the area around the small, five-room residence and established a crime scene shortly after police entered 19 Buck St. and confirmed a man, later identified as Smith, was deceased.

Several detectives worked at the scene from the wee hours of July 8 through much of the day, collecting evidence and speaking with neighbors along the short, one-way street that connects Ash and Palm streets in the city’s Tree Streets neighborhood.

Also yet to be established, at least publicly, is a motive for the murder of a man who was said to visit the Nashua Soup Kitchen & Shelter fairly regularly and was generally described as “a nice guy” by those who knew him.

One neighbor called Smith “a wonderful man,” whose apparently violent death shocked neighbors and left them wondering who would want to kill Smith, and why.

Anyone who may have any information that could prove helpful to the investigation can contact Nashua police at 594-3500, or call the department’s anonymous Crime Line at 589-1665.