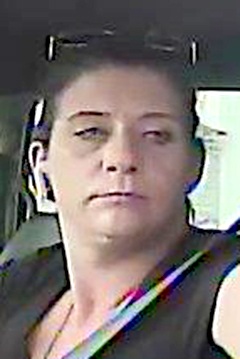 When police arrived, the suspect allegedly fled, passing through a red light at the intersection of Route 101 and Wallace Road. After that, she allegedly continued to drive recklessly, resulting in officers abandoning their effort to pursue her for safety reasons.

Through their ongoing investigation, Bedford police determined the July 11 incident is likely connected to multiple similar incidents in which a suspect used stolen checks, driver’s licenses and vehicle registration plates. These items are believed to have been stolen from multiple car break-ins in Gilford, Tilton and Manchester in recent weeks.

“This woman is connected to multiple serious felonies, including endangering the safety of everyone around her by attempting to elude officers investigating her crimes,” Bryfonski said. “I urge anyone who may know this individual to come forward and help us to identify her.”

Anyone who believes they may have information on the suspect is asked to call the Bedford Police Department at 603-472-5113. All tips can remain anonymous.