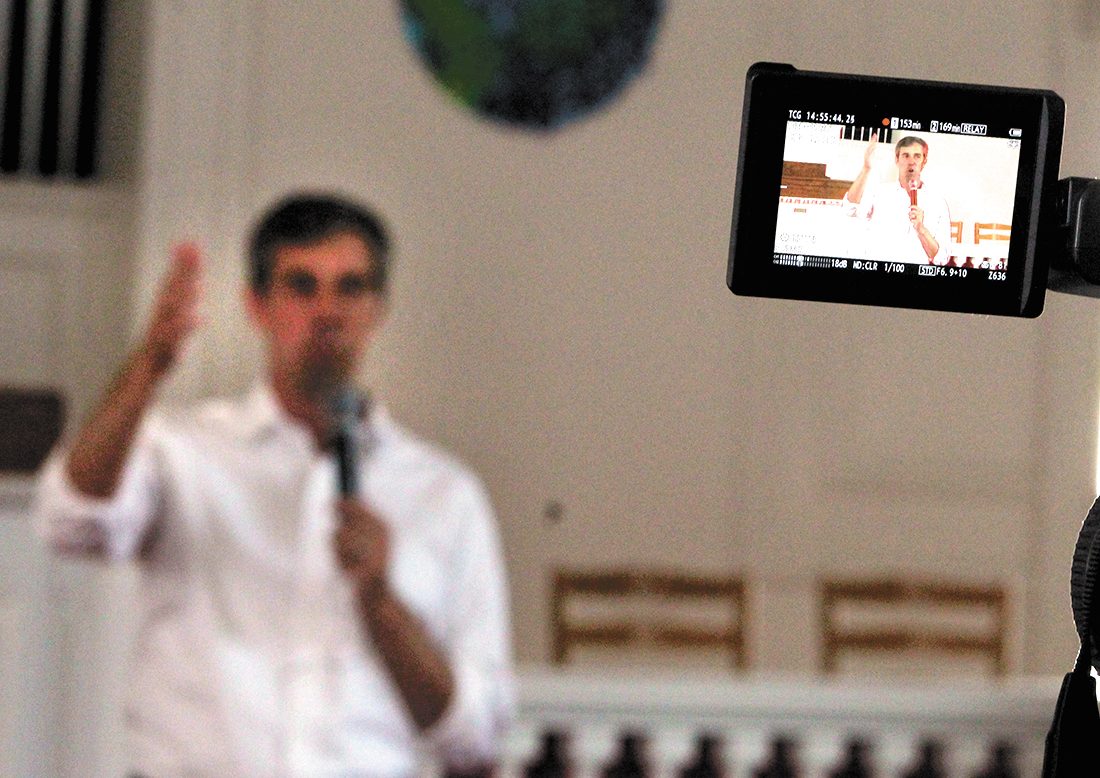 NASHUA – Fresh off a roundtable with leaders of the region’s faith communities, Democratic presidential aspirant Beto O’Rourke on Sunday ripped the Trump administration’s immigration policies, telling about 125 listeners at a Nashua church that the policies “will make us less safe and secure” while “tarnishing the reputation of this great country.”

The policies, which O’Rourke called “cruel” and “inhumane,” will continue to put “a stain on America’s conscience for as long as we allow them to persist,” he added.

Organizers said O’Rourke chose Nashua for what they called his “immigration-focused” town hall because it is the state’s most diverse city. O’Rourke followed up his roughly one-hour Nashua visit with a Sunday evening town hall at a private residence in Brentwood, where the issue of immigration was also expected to take center stage. 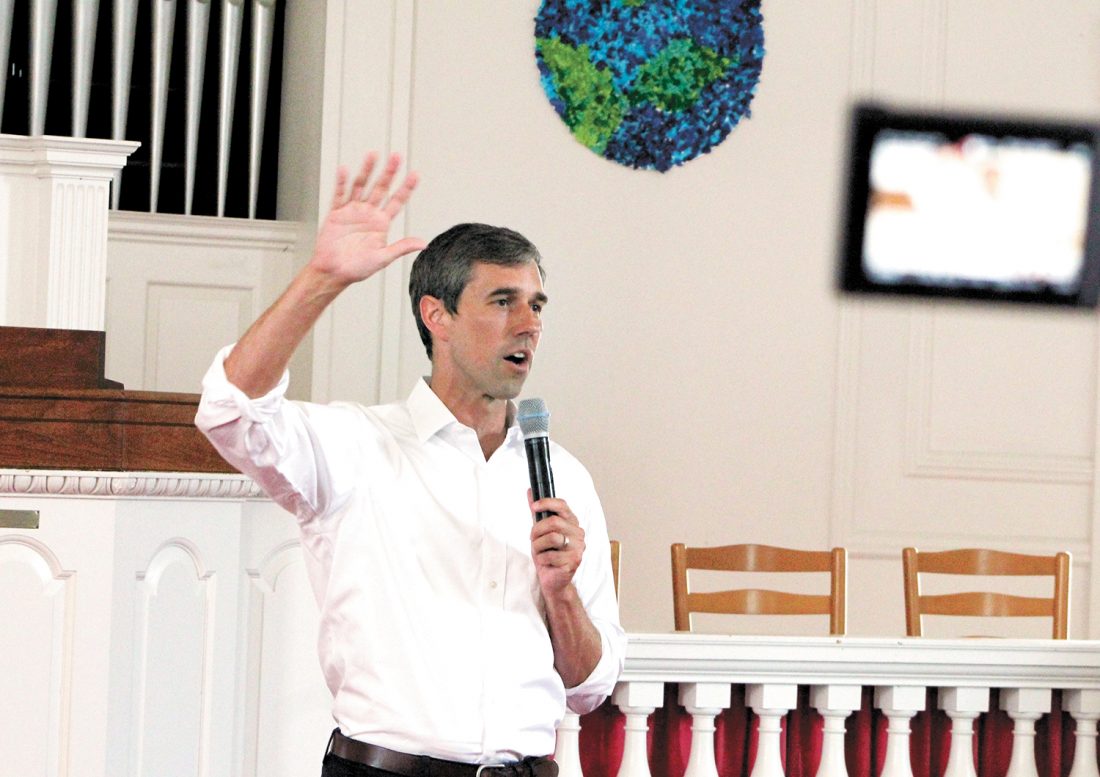 The Washington Post confirmed late Sunday morning that the raids had gotten underway, and that officials were said to be targeting roughly 2,000 undocumented immigrants ordered by courts to be removed from the country.

Raids were scheduled to take place in nine large cities, none of which are in New England. The closest is New York City.

In Nashua, meanwhile, O’Rourke revisited his plan, first released in May, that would implement a sweeping rewrite of U.S. immigration law.

His proposed rewrite of asylum laws would “ensure nobody is ever again criminally prosecuted for doing what any human being would do given the same set of circumstances,” O’Rourke said, referring to asylum-seekers who fled deplorable conditions in their native countries “years ago … in some cases decades ago” and haven’t been back since.

“My thoughts right now are with a group – and I may speak for many of us – of our fellow Americans living in fear, outright terror, of being deported,” O’Rourke said. 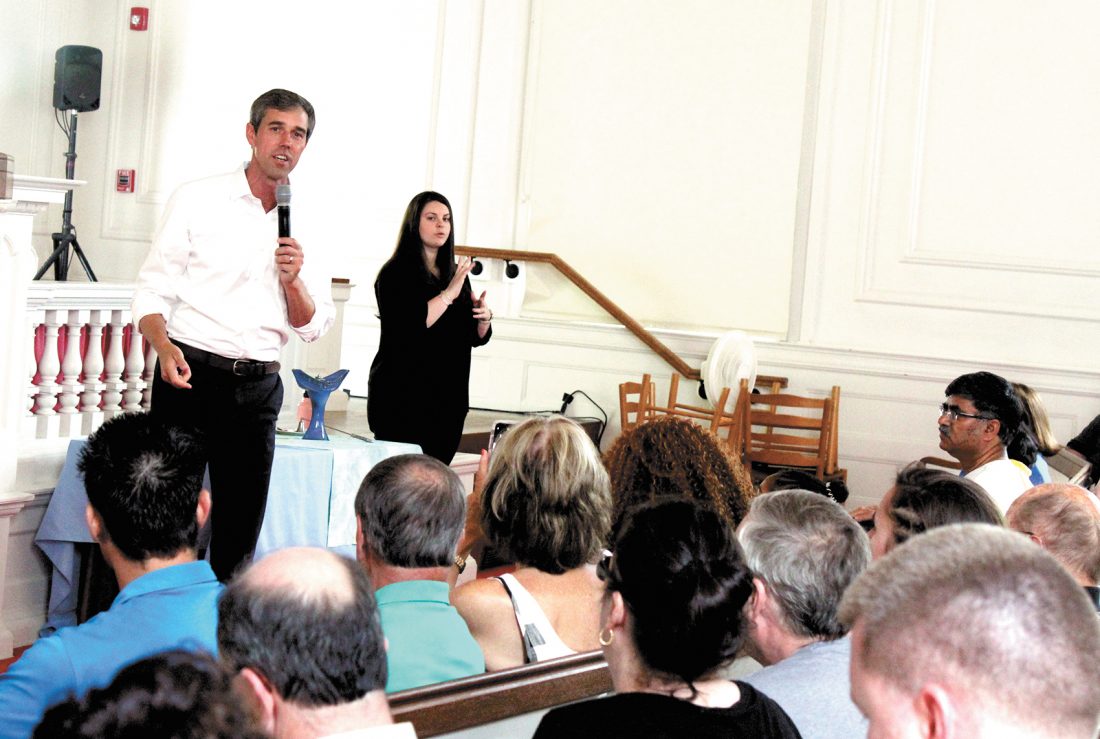 Many of them, he continued, have children who are U.S. citizens, having been born in this country. “They raised their children here … they have contributed far more than they have ever taken,” he added.

U.S. Rep. Annie Kuster, D-NH, accompanied O’Rourke on Sunday, and in brief remarks described the conditions at the border she, as part of a 20-member U.S. House delegation, found during their oversight visit.

Kuster described “very, very crowded … cement cells, no mats, not even enough room to lie down. No showers … some of (the detainees) told us they had been in there for 20-40 days,” she said.

Kuster’s account contrasts starkly from that of Vice President Mike Pence, who, according to the New York Times, “played down reports of overcrowding and unsanitary conditions” at the migrant detention centers on the Texas-Mexico border.

Although Pence “acknowledged the gravity of the humanitarian crisis” at the border, the Times wrote, he also said upon touring two Border Patrol facilities that they are “providing care that every American would be proud of.”