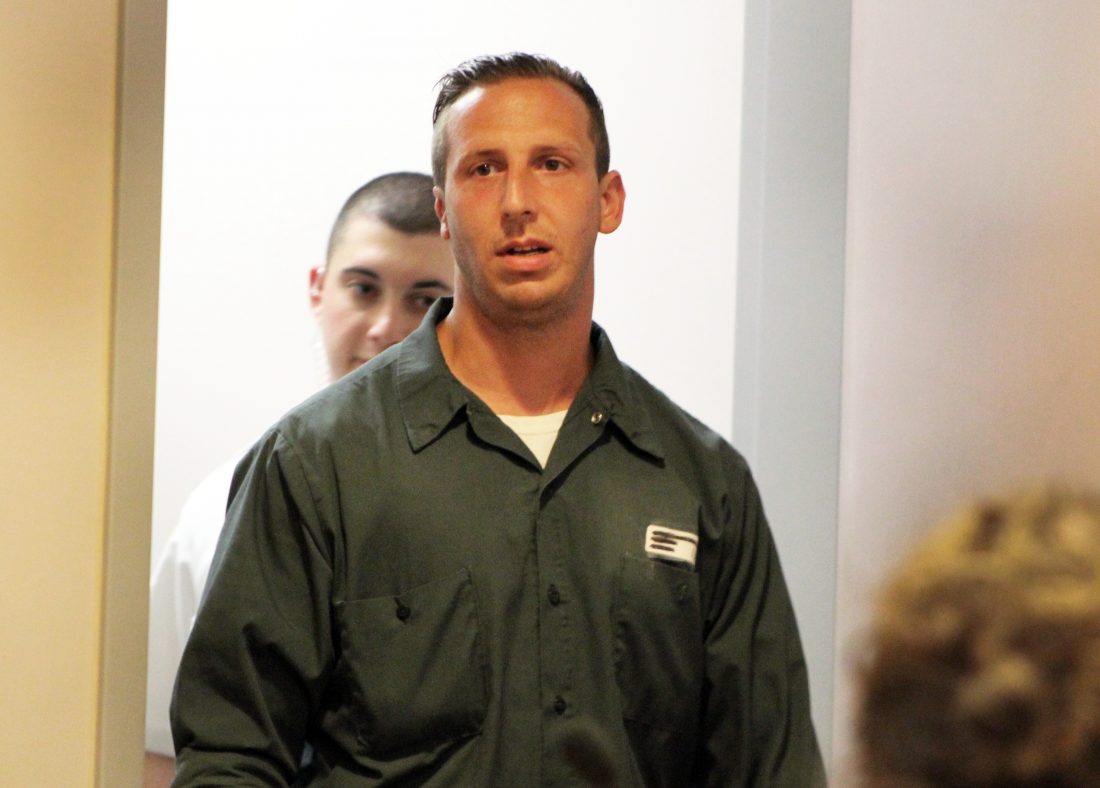 NASHUA – Former French Hill resident Nickolas Boyce, arrested in January for stealing a bottle of liquor from the state liquor store at 300 Main St., then walking over to Shaw’s and trying to steal food before running from police, was sentenced to prison time Tuesday in Superior Court.

Boyce, 34, most recently of 38 Chandler St., Apt. A, agreed to enter guilty pleas to two counts of felony theft in exchange for two State Prison sentences, one of which is a stand-committed term of 21 months to four years.

The other is a term of two to five years, all suspended for three years, beginning with Boyce’s release on the stand-committed sentence.

Per the agreement, Boyce was credited for the 148 days he has spent in jail since his arrest, bringing his minimum stand-committed time to roughly 16 months.

Other terms of the sentence order Boyce to stay away from the two stores and remain on good behavior.

He also must pay restitution of $38 to Shaw’s for the items he was accused of stealing.

A misdemeanor charge of resisting arrest or detention was dropped as part of the agreement.

“I apologize for what I did … like she said, there was an underlying problem with drugs,” Boyce said, referring to Assistant County Attorney Nicole Thorspecken’s speculation the crimes may have been influenced by substance abuse.

“That’s something you’ve got to give attention to,” Colburn told Boyce. “If this keeps up, things are going to get worse before they get better.”

While she did not order Boyce to enroll in the State Prison’s Focus Program – a behavior-improvement and substance use disorder treatment program – Colburn suggested he enroll as a way “to do something constructive” while he is behind bars.

Thorspecken, the prosecutor, said Nashua police were called to the liquor store at 300 Main St. on the evening of Jan. 12 for a report of a theft.

Told the suspect was walking toward Shaw’s, officers eventually spotted a man matching the description, but when he saw police, he fled through the store and out the back door, Thorspecken said.

Officers were able to catch up to the suspect, later identified as Boyce, and take him into custody.

Police located the stolen liquor, as well as several food items Boyce was suspected of stealing from Shaw’s.

Thorspecken made note of Boyce’s “long criminal history” for which he has “done significant time” in jail or prison.

She said his two convictions on theft-related charges, one at Merrimack County Superior Court and another in Plymouth district court, elevated the recent theft charges to felonies subject to prison time.