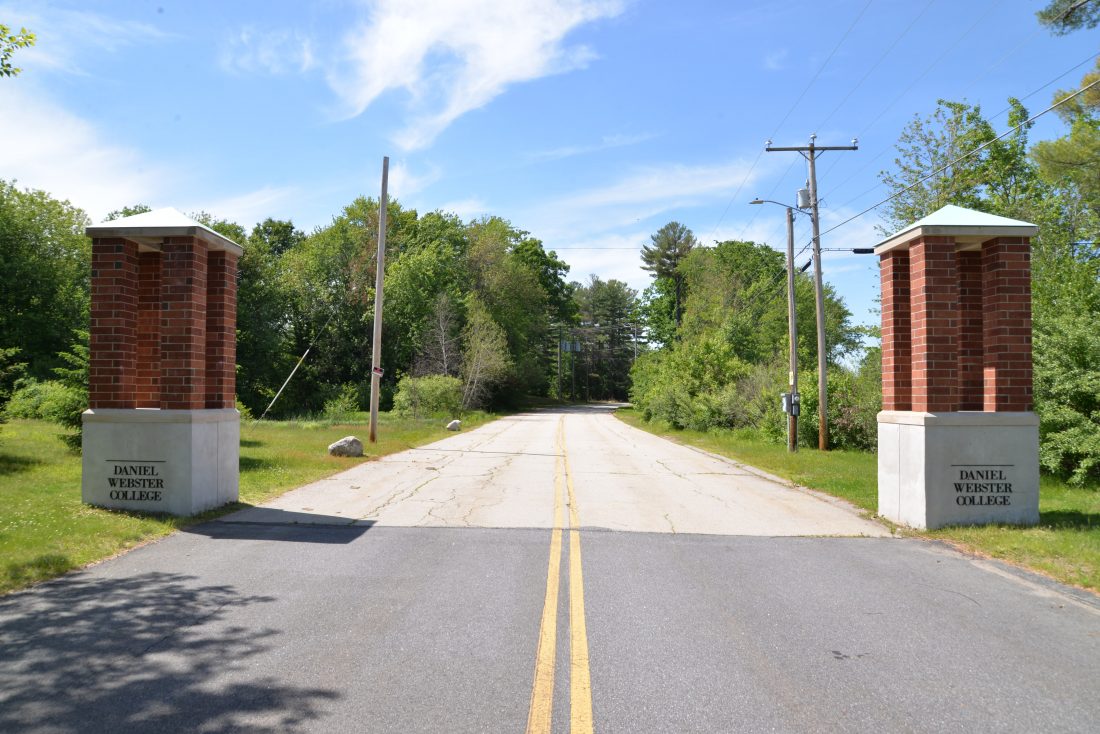 Telegraph photo by ADAM URQUHART Buildings can be seen through a chain-link fence on the Nashua Airport side of the former Daniel Webster College property.

NASHUA – The final destiny of the 50-acre campus of the former Daniel Webster College remains unclear more than two years after its closure.

The college saw its last class graduate in May 2017. In the meantime, Manchester-based Southern New Hampshire University acquired Daniel Webster’s control tower and hangar for roughly $400,000 to offer airport-related programs.

During the Ward 2 town hall meeting with Mayor Jim Donchess last week, an attendee questioned what is going on with the college. During that meeting, Donchess said aside from the small portion sold to SNHU on the airport side, the main part of the campus is owned by an institution that does not respond to the city.

“They don’t really communicate with the city,” Donchess said during the Ward 2 town hall. “We try to reach them – we get nothing.”

The college began in the 1960s as New England Aeronautical Institute, which was a two-year school focusing on aeronautical engineering and flight instruction. 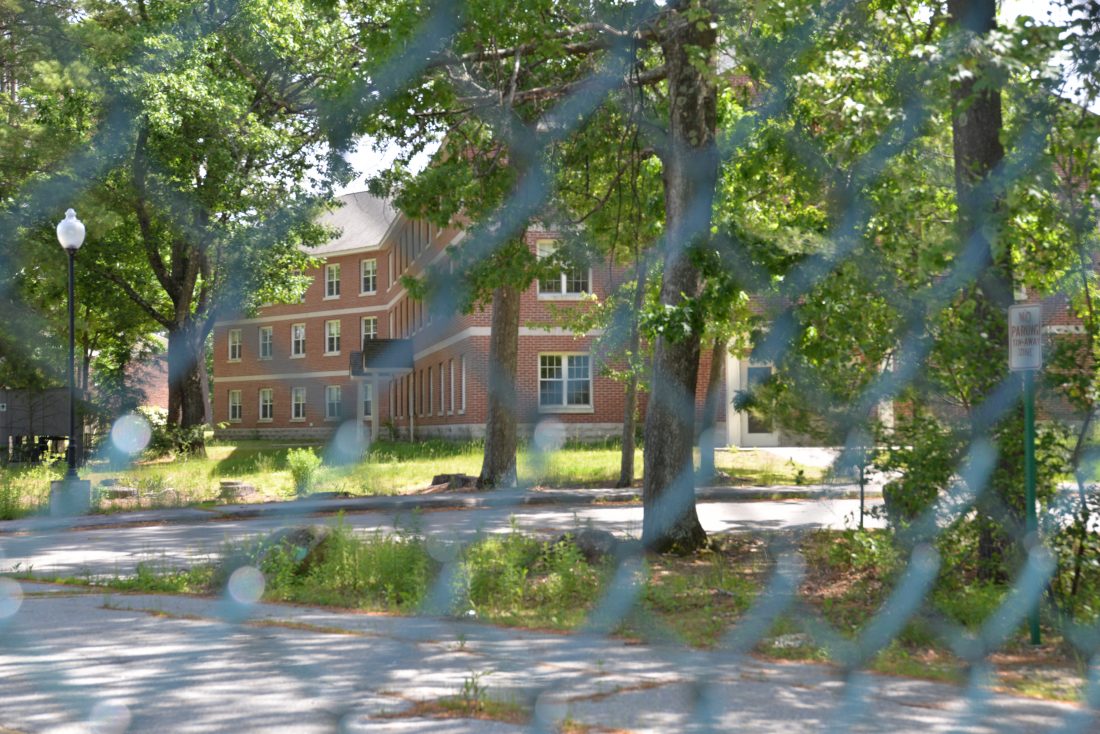 Telegraph photo by ADAM URQUHART Buildings can be seen through a chain-link fence on the Nashua Airport side of the former Daniel Webster College property.

Donchess said Daniel Webster was eventually sold to a for-profit entity, ITT Technical Institute, which means it was no longer a nonprofit educational institution.

Once acquired by ITT, Donchess said people were spending a lot of money and no getting a lot from ITT. He said the federal government stopped guaranteeing student loans to ITT, and that they declared bankruptcy. He said the bankruptcy was handled out of Indiana.

“They put Daniel Webster up for auction, and the job of the bankruptcy trustee supervised by the Bankruptcy Court was to maximize the dollars,” Donchess said. “Nashua as a city, as a community, wanted either Daniel Webster to come back or Southern New Hampshire, SNHU, to come in and buy it and operate it as a college,” Donchess said.

However, he said the campus has physical problems, and that SNHU was not willing to pay more than $5 million for the campus. He said eventually a Chinese institution in China, represented by a hedge fund manager, successfully bought the campus for around $12 million. The owner is identified as Sui Liu. The Telegraph has been unsuccessful in attempting to contact this individual.

Since the owner has not been in touch with the city, Donchess does not know what the plans are for the property, but said he would like to have a college or something fill that space or something that will contribute to the community. He said the taxes are close to $600,000 a year, and that the taxes seem to be getting paid.