16 charges lodged against man for series of incidents 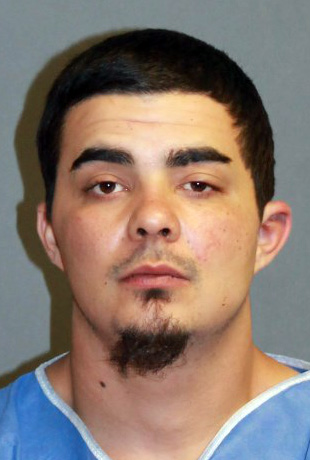 NASHUA – Within one tumultuous hour late Friday night, an intoxicated Francis A. Wool allegedly beat and stabbed a family member, attacked another one, grabbed a 4-year-old child, put her in a car amongst a bunch of empty beer cans, then sped off, eventually crashing the car into a fence and several other vehicles while trying to elude police, according to police and court documents.

The hectic scenario played out along a section of Amherst Street between Nashua Fire Rescue Station 1 and a residence at 51 Amherst St. When it was finally over, Wool was in custody on a variety of charges ranging from Class A felony first-degree assault to misdemeanors accusing him of domestic violence, endangering the welfare of a child and aggravated driving while intoxicated.

Wool, 26, who lists no fixed address, waived arraignment and declined a bail hearing Monday in Hillsborough County Superior Court-South. He remains in jail pending his next court appearance, which has yet to be scheduled.

An older family member of Wool’s was the most seriously injured, according to police. He ended up in the hospital with a variety of injuries ranging from lacerations and bruises to a stab wound, punches in the mouth that knocked out a tooth, and a concussion, the reports state.

When police approached a second family member, a female who Wool allegedly pushed away during the alleged altercation, she was covered in blood that belonged to the other family member.

The woman told police she witnessed Wool allegedly perpetrate “a vicious assault” upon the other family member, allegedly using weapons including a folding chair, a metal lawn tool, a knife and his fists.

Another witness told police Wool allegedly picked up “several items in the yard” and threw them at the alleged victim. Wool then got into a car he allegedly took without permission of the owner, and allegedly smashed into several parked cars as he tried to flee the scene.

Another witness, one of a handful of neighbors police interviewed, told police he allegedly saw Wool “sitting on top of (the alleged victim) continuously smashing his head on the curb” outside his residence.

Wool, in an interview at police headquarters following the booking process, “made admissions to being under the influence of narcotics and alcohol” when he allegedly “crashed a vehicle near the Amherst Street fire station and leaving the scene.”

He also told police he knew his license was suspended, and that he did not have permission to take the vehicle. Police said Wool told them he “could not recall much about the fight” with the older alleged victim, “but that he ‘must have beat him up.'”

Once police sorted everything out, they charged Wool with six felony offenses and 10 misdemeanors.

• Four counts of first-degree assault, Class A felonies; and

• Two counts, operating a vehicle after being certified a habitual offender, Class B felonies.

The Class A misdemeanors include:

• Two counts, conduct after an accident, for allegedly crashing into multiple vehicles and a fence and fleeing the scene;

• Two counts, aggravated driving while intoxicated, for allegedly driving drunk with a child in the car, and in an attempt to elude police;

• One count, endangering the welfare of a child, for allegedly driving drunk with a 4-year-old passenger in the car;

• One count, disobeying an officer, for allegedly failing to stop for police;

• One count, criminal mischief, for allegedly kicking in, and damaging, a door to a residence;

• One count, unauthorized use of a vehicle, for allegedly taking a car without the owner’s permission.