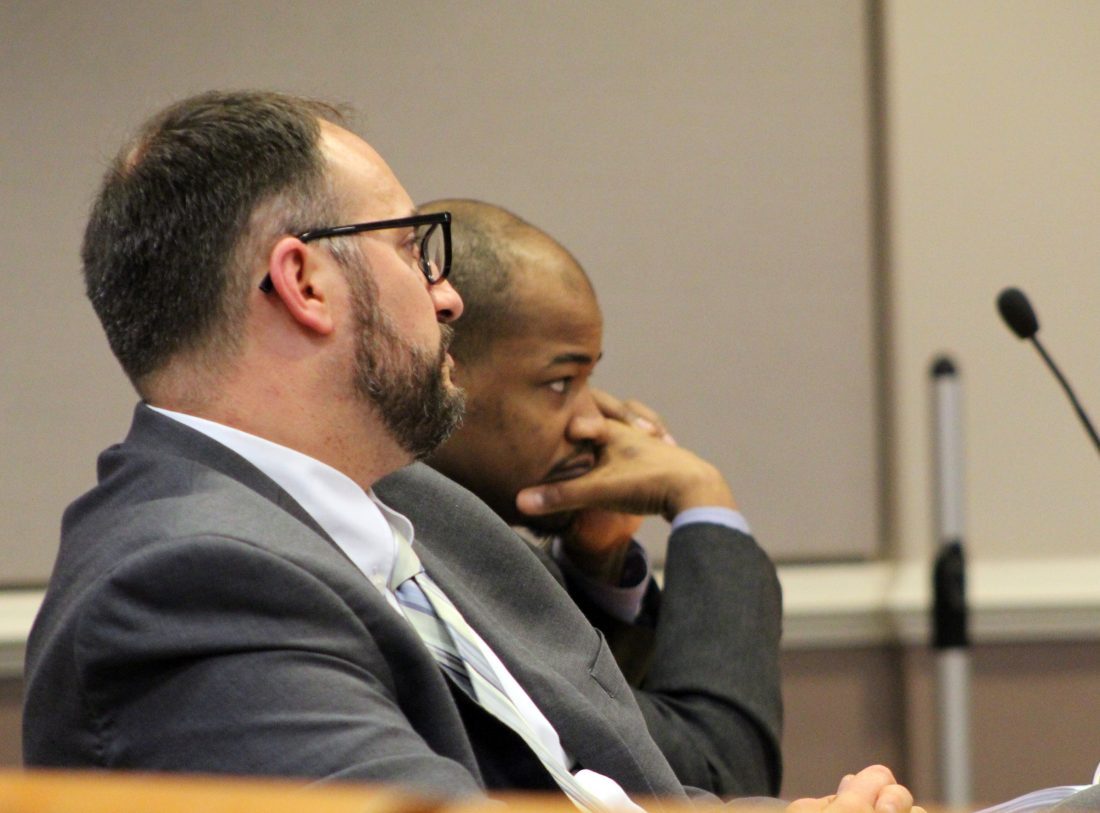 Telegraph file photo by DEAN SHALHOUP Marques Stanford, who is on trial on allegations he stabbed a man in December in downtown Nashua, listens to testimony last week with his attorney, Tony Naro. Jurors resume deliberations today.

NASHUA – Jurors in the trial of Marques Stanford, the Nashua man charged with felony assault in a downtown stabbing in December, are scheduled to resume their deliberations this morning in Hillsborough County Superior Court South.

Testimony wrapped up late Friday morning, after which the lawyers delivered their closing arguments. Come early afternoon, Judge Jacalyn Colburn read jurors their instructions, then sent them into deliberations.

Colburn dismissed them for the day shortly after 4 p.m., with instructions to return at 9 a.m. today.

Stanford, 30, whose most recent address is 9 1/2 Chandler St., is being tried on three charges: One count of first-degree assault, a Class A felony, and one count each of second-degree assault and felon in possession of a dangerous weapon, both Class B felonies.

The assault charges accuse Stanford of stabbing a regular customer at 7-Star Pizza and Sports Bar early the morning of Dec. 20, moments after they and possibly two or three other people exited the bar during an argument that erupted shortly after Stanford and a female companion walked in and asked for a drink.

What was said, and by whom, is central to the lawyers’ cases. Stanford’s lawyer, Nashua Attorney Tony Naro, and the prosecutors, Assistant County Attorneys Brian Greklek-McKeon and Cassie Devine, focused in large part on the words, and actions, surrounding the events of Dec. 20, while questioning a series of witnesses that ranged from the alleged victim to a state criminalist and several Nashua police officers.