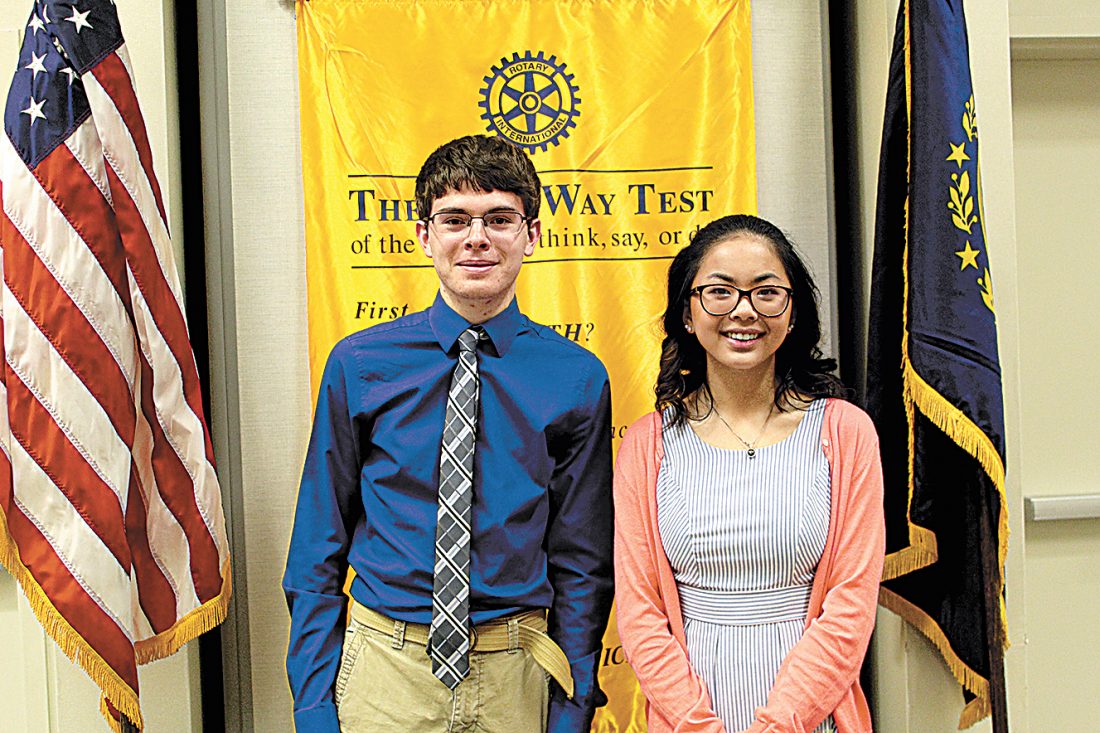 NASHUA – Rotary Club of Nashua West members were busy giving back to the community during their Tuesday lunch meeting.

Club Literacy Committee Chair Janet Valuk purchased and donated 40 books to the Arlington Street Community Center, which were presented to center Director Megan Caron on Tuesday. Valuk is no stranger to donating books. She also visits the state’s prison for women to take books to inmates during the holidays and on Mother’s Day.

Although Caron recently received book donations from residents and teachers for the center, Valuk said Tuesday, “You can always use more books.”

Upon receiving the books, Caron thanked the Rotary Club. Caron said she and members of her staff focus on academic achievement, health and social services, community development and engagement.

Caron said through the summer, they will see an influx of youth and families participating in Meals for Kids. She said there will also be an English Language Learner (ELL) summer camp and a science, technology, engineering and math (STEM) camp, among other activities.

“Besides our utilities, everything is donated to us,” Caron said. “This donation is extremely appreciated and very helpful. We started a lending library at the center so kids can come in check out whatever book they want and as long as they bring it back, they get a prize, so this is a wonderful addition.”

She added, “This is going to be great.”

Sage-Matsis noted the theme of the day: showing up. She said the reason these students received scholarship awards was based on how they “showed up” in multiple ways.

She shared the quote,“Wake up, dress up, show up and never give up,” – a quote she found that she said she hoped the students would take to heart.

“In a letter of recommendation, (Hawkins) is defined as a self-motivated student who took a challenging course load during high school,” Sage-Matsis said. “Ranked 57th in a class of 386, he will graduate with a 4.54 weighted GPA.”

She spoke of his other accomplishments. During his high school career, he was a member of South’s cross country team, a club soccer player, a member of National Honor Society and volunteered with seniors in his community by helping construct family trees. He also worked a part-time job at a law firm, and is a soccer referee.

Sage-Matsis said Hawkins defines showing up through his many volunteer efforts and success in the classroom. Hawkins will head to the University of Utah in the fall to major in business.

“She achieved all of this success in the classroom and also put in time volunteering, all while working as tutor, as coach of the Nashua School of Gymnastics and at Bed Bath & Beyond, not to mention while doing some babysitting and pet sitting in her spare time,” Sage-Matsis said.

Balukonis will be attending Worcester Polytechnic Institute, where she will study engineering.

A third student was also recognized from Alvirne High School, but he was not in attendance Tuesday afternoon due to his class schedule.

“To the graduating seniors here with us today, as you might have realized, the theme of today is show up. But we also ask you to stand up for your beliefs, for yourself and for most importantly the person or persons who need somebody, who need someone standing up and fighting for them,” Sage-Matsis said.

Sage-Matsis thanked the students for their efforts on behalf of the members of Rotary West.

“Through you. We see the future of our world and through you; we know that the generation setting out will blaze a trail that take us onward and upward,” Sage-Matsis said.