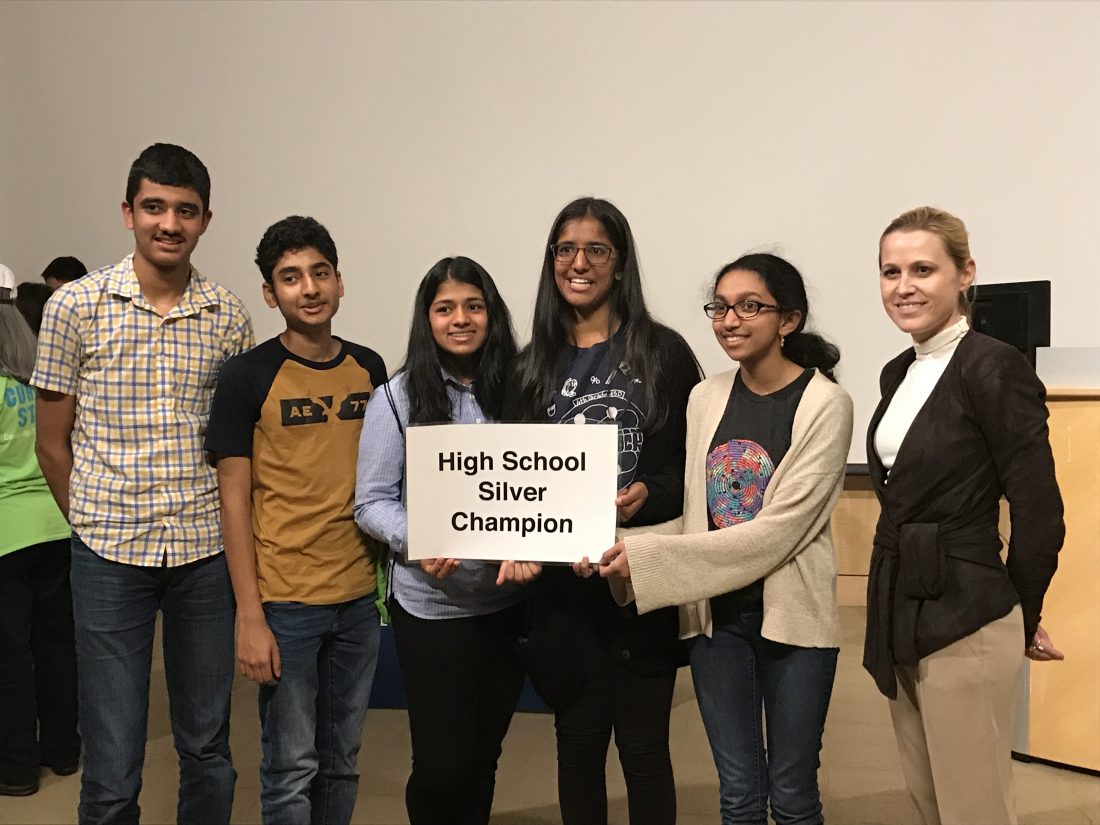 Students must be prepared for anything, due to the extensive range of topics and purely trivial questions.

The challenge is open to teams consisting of students in any grade. Teams can have up to 10 players total, with five players on the ground per round.

In the high school division, there are two preliminary rounds with up to nine teams in each round.

There is only a single round in the Middle School Division, and that winner receives the grand prize.

The competition was split into rounds with up to 20 questions per round. Questions varied from multiple-choice to matching, to short-answer, to multiple-answer format. Each question was given a point value, with partial credit awarded in some cases.

Each competing team in a round was positioned at a table on the stage, with a scorekeeper for each team.

After each question was read, teams had a short amount of time to discuss before handing their answers back to their scorekeeper.

The teams were entered on a first-come, first-serve basis. Each contestant received a certificate along with several other small gifts.

The top teams were treated to dinner by one of three Nobel Laureates.

The five students from Nashua received a dinner with Phillip Sharp, who won the 1993 Nobel prize for Medicine, jointly with Richard J. Roberts for their discovery of “split genes.”

Sharp is a professor of biology at MIT. Sharp was also able to give the Nashua students a tour of his lab at the MIT Koch Institute for Integrative Cancer Research. His most recent award was the 2018 American Association of Cancer Research Distinguished Award for Extraordinary Scientific Innovation and Exceptional Leadership in Cancer Research and Biomedical Science.