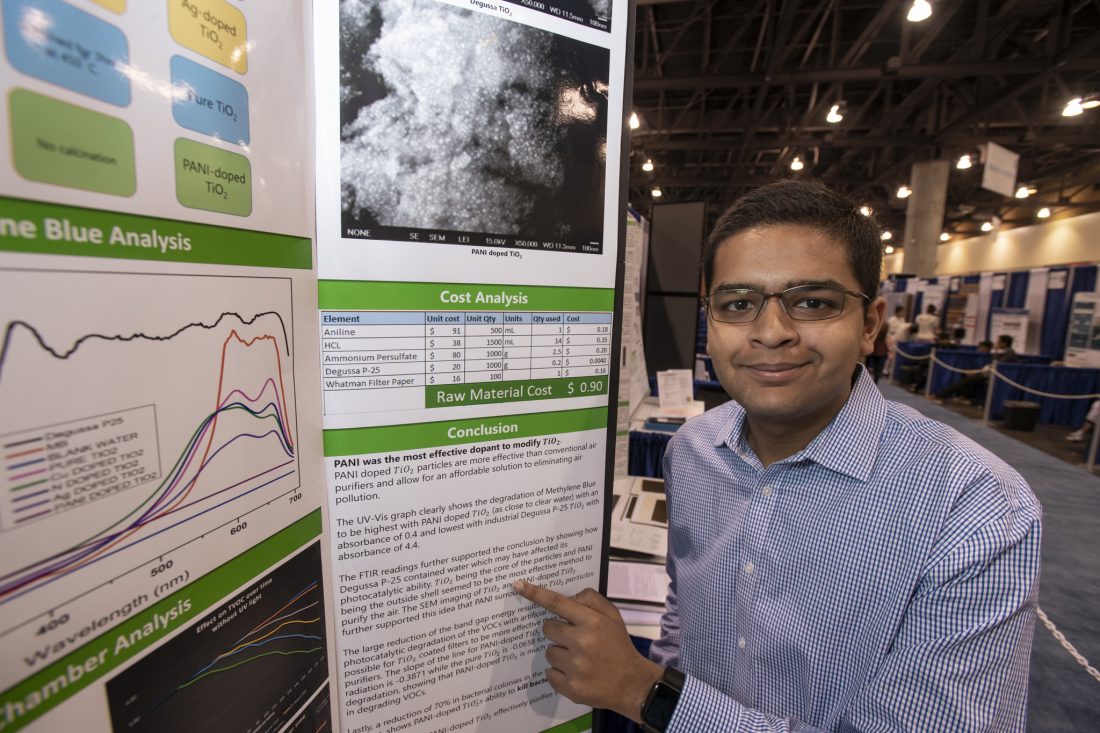 More than 1,800 young scientists from 80 countries gathered in Phoenix in May to compete in about 20 scientific categories, ranging from animal and plant science, to physics and astronomy, to behavioral and social science.

Top winners were acknowledged after the competition, along with approximately 600 finalists who received awards and prizes for their innovative research. This included more than 20 “Best of Category” winners, who each received a $5,000 prize in addition to their $3,000 first place award.

Sparked by interest, Shankar began researching last summer about air pollution. He learned that current air purifiers are not efficient enough and have many issues. Shankar said some air purifiers can cost thousands of dollars, while affordable ones that can be purchased from Target and Walmart created ozone, which he said can cause pollution.

He then chemically modified the titanium dioxide to increase its efficiency, so that even artificial light, rather than just ultraviolet rays, can kill harmful bacteria in the air.

Though he had interests on the topic in the past, Shankar began fully researching in depth at University of Massachusetts Lowell last summer.

UMass Lowell chemical engineering professor Sanjeev Manohar, submitted a proposal and received lab access as long as a mentor graduate student. Shankar said Manohar was very willing to work with him because he liked his proposal.

While researching at the University of Massachusetts Lowell, he also worked with Carl Lawton and Lekha Papammagari.

In March, Shankar competed with 17 other Nashua High School North and South students in the New Hampshire Science and Engineering Exposition, where he won first place in Environmental Science and first place overall (Best in Fair) for his ideas.

Since he won best overall, he was able to go to the international competition.

Shankar said his experience at the Intel International Science and Engineering Fair was great.

“It was just amazing getting to know so many people and just knowing that they are as passionate about their research,” Shankar said.

He added, “I saw projects that were in my category that were a five-year continuation. I was amazed about that kind of dedication. You have sleepless nights; you have to be committed to work beyond schooling.”

Shankar acknowledged that he spent a significant amount of time on his project, but he said it didn’t seem like extra work, and he said just knowing that this could change the world one day and create cleaner air is gratifying. This is what continued to push him.

Moving forward, Shankar hopes to start a company based on his idea, but said he wants to continue research. He’s already done research on the destruction of bacteria and harmful bacteria, but now, he said, he wants to research what can get rid of viruses. He said the next step is to go into the biology field to test out his ideas. 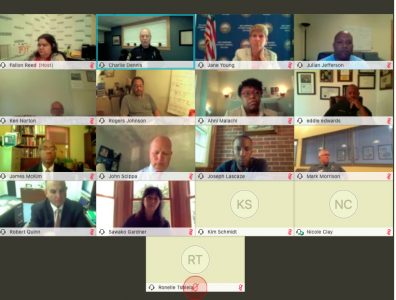 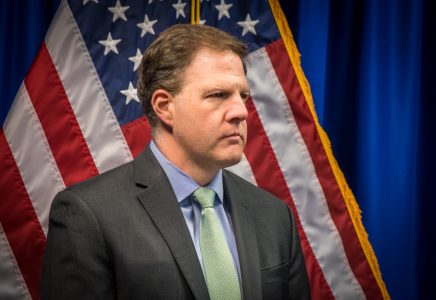