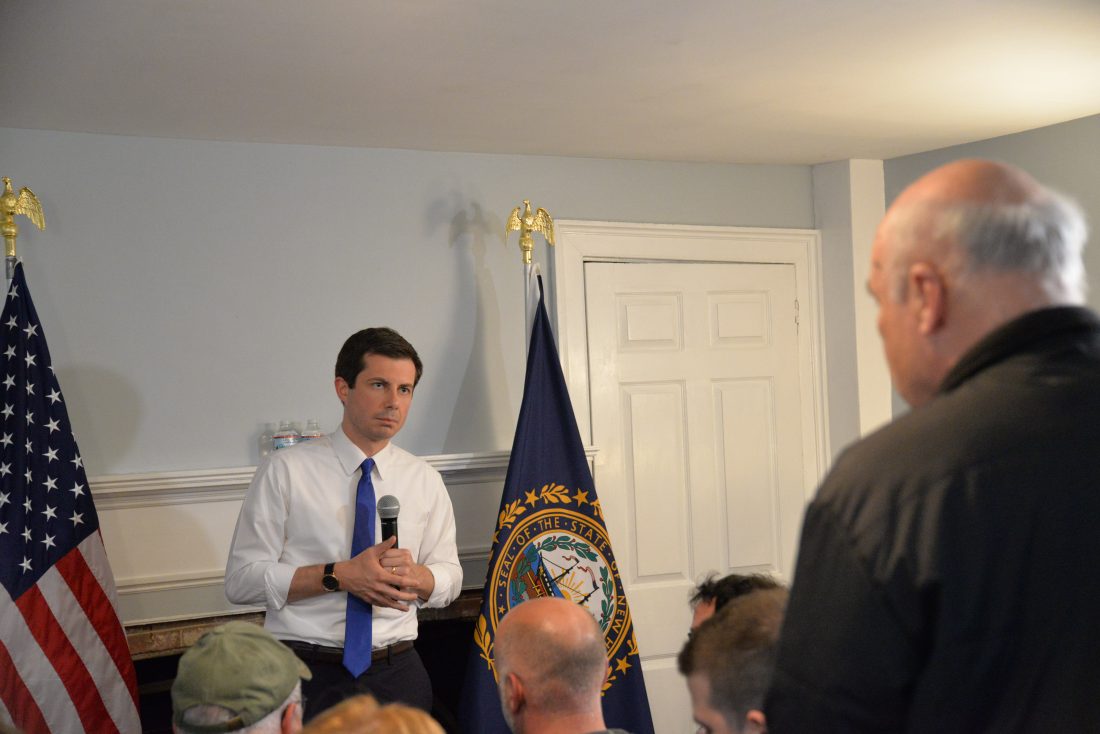 Telegraph photo by ADAM URQUHART Democratic presidential candidate Pete Buttigieg discusses his military experience during a Friday campaign stop in Londonderry. He also took questions from area voters, some of whom are veterans themselves, and learned a bit about issues important to those in New Hampshire.

LONDONDERRY – In the view of Democratic presidential candidate Pete Buttigieg, President Donald Trump’s deferments from military service during the Vietnam War were less than legitimate.

“You’ve got a president who faked a disability in order to get out of serving when it was his term, and he was able to do it because he was the child of a millionaire,” Buttigieg told those assembled for his Friday campaign event at 2 Litchfield Road in Londonderry.

Buttigieg is the mayor of South Bend, Indiana. He is seeking to become both the youngest president in history, as well as its first openly gay one.

With his poll numbers in New Hampshire already higher than they are nationwide, Buttigieg is seeking to capitalize by making more campaign stops in the Granite State today. 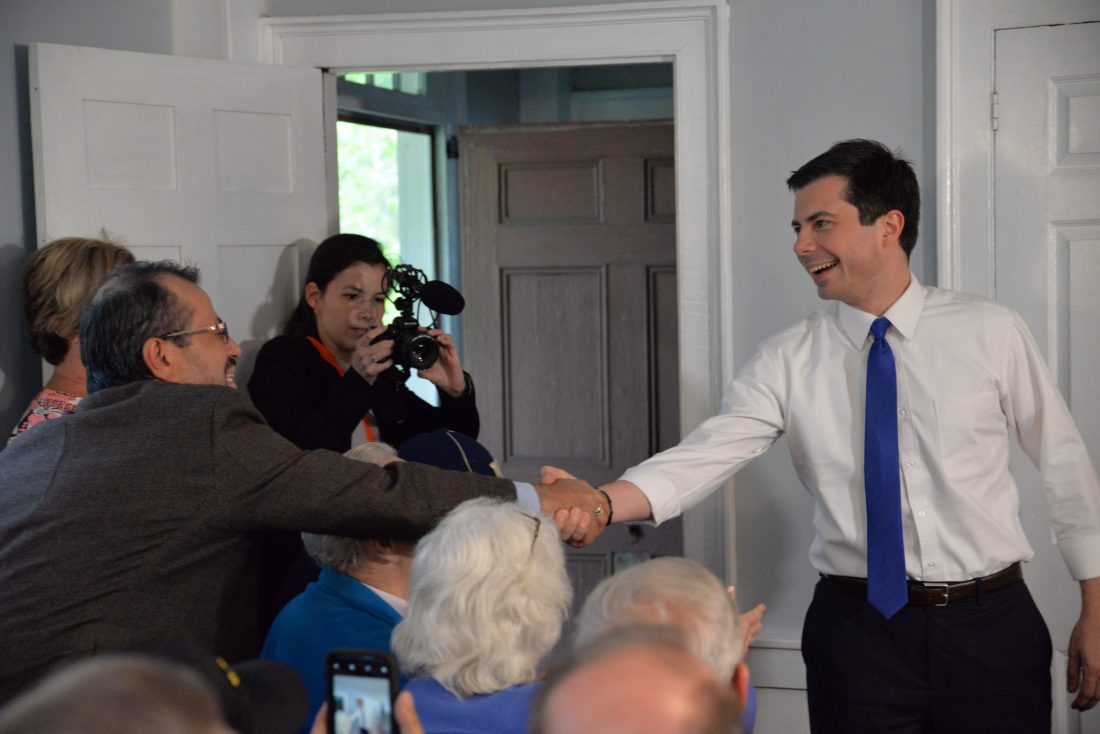 Friday, he stood before a packed room and shared with onlookers what he has learned from his time both serving in the military, and once he returned home.

He served as a lieutenant in the U.S. Navy Reserve, and took an unpaid seven-month leave during his mayoral term to deploy to Afghanistan. Buttigieg earned a medal for his counterterrorism work.

He uses this to draw a contrast between himself and Trump.

He said during his time in the military, he learned to trust people who are very different. 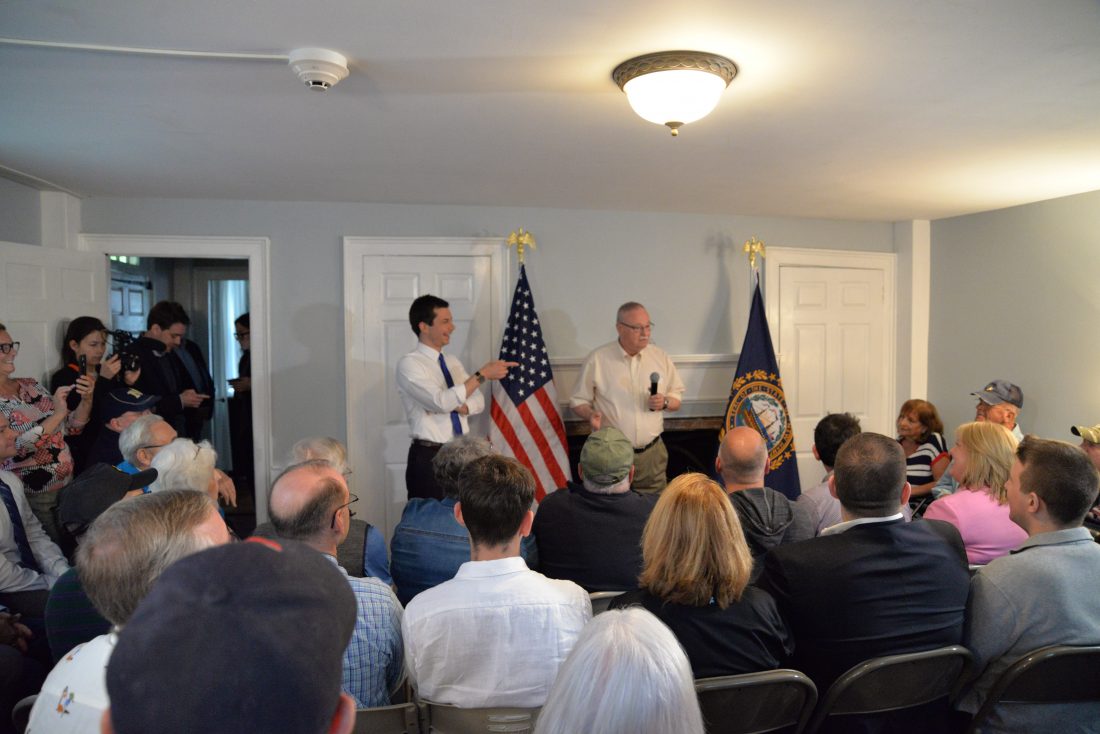 “I think this is a time in the life of our country when we are struggling to trust people who are different,” Buttigieg said.

He also learned once returning home that America takes very seriously the promise made to veterans. However, he said the country falls short on that promise. He provided a couple examples such as wait times to access Veterans Affairs care and sometimes in how complicated it is to access basic benefits. However, he said not all of it is due to problems in government, but sometimes as a result of problems in culture. He said sometimes folks are too preoccupied thanking veterans, and forget to honor them.

He also addressed the country’s younger troops who can be sent into conflict zones around the world. He said the country owes it to them to find a way out of endless war.

While many across the country are in favor of universal background checks for gun purchases, Buttigieg said those in Washington, D.C. cannot deliver because of powerful lobbying groups.

“I think we can and must have red flag laws that can disarm domestic abusers, that can identify people who are a suicide risk,” Buttigieg said. 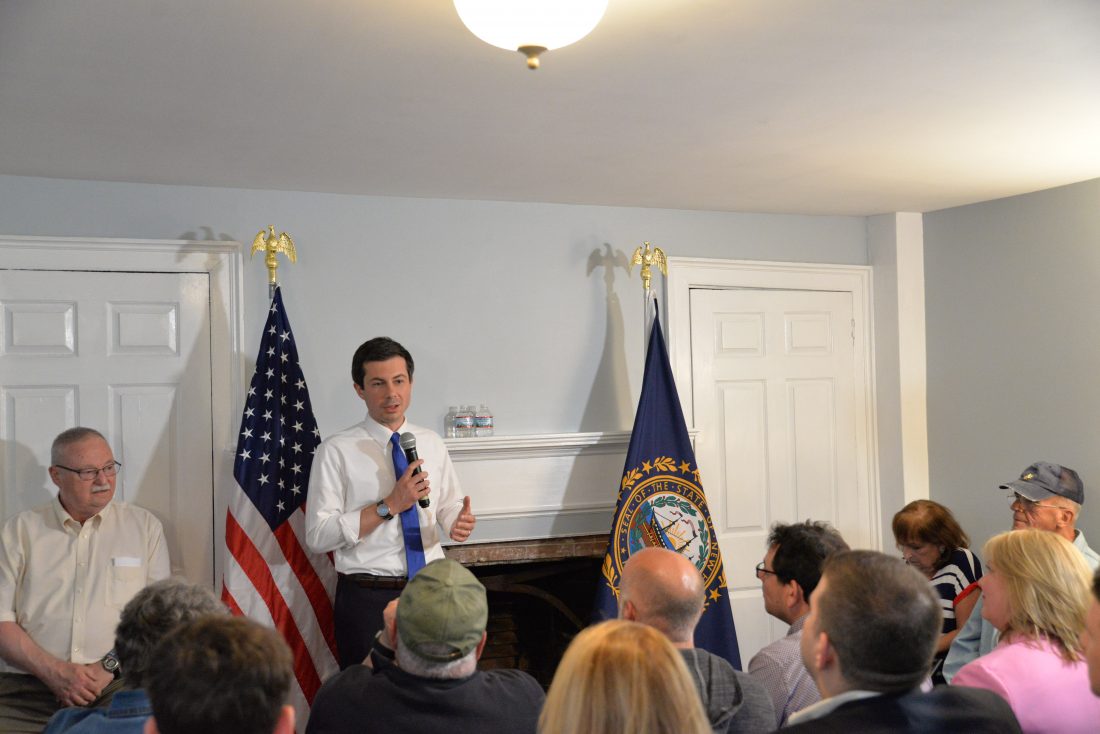 He also said the next president has to establish a higher threshold for deploying the military.

“That bar has to be, you do it if, and only if, U.S. core life and death interest are at stake – U.S. core values are at stake and there is no alternative,” Buttigieg said. “And we’re just not there when it comes to Iran.” 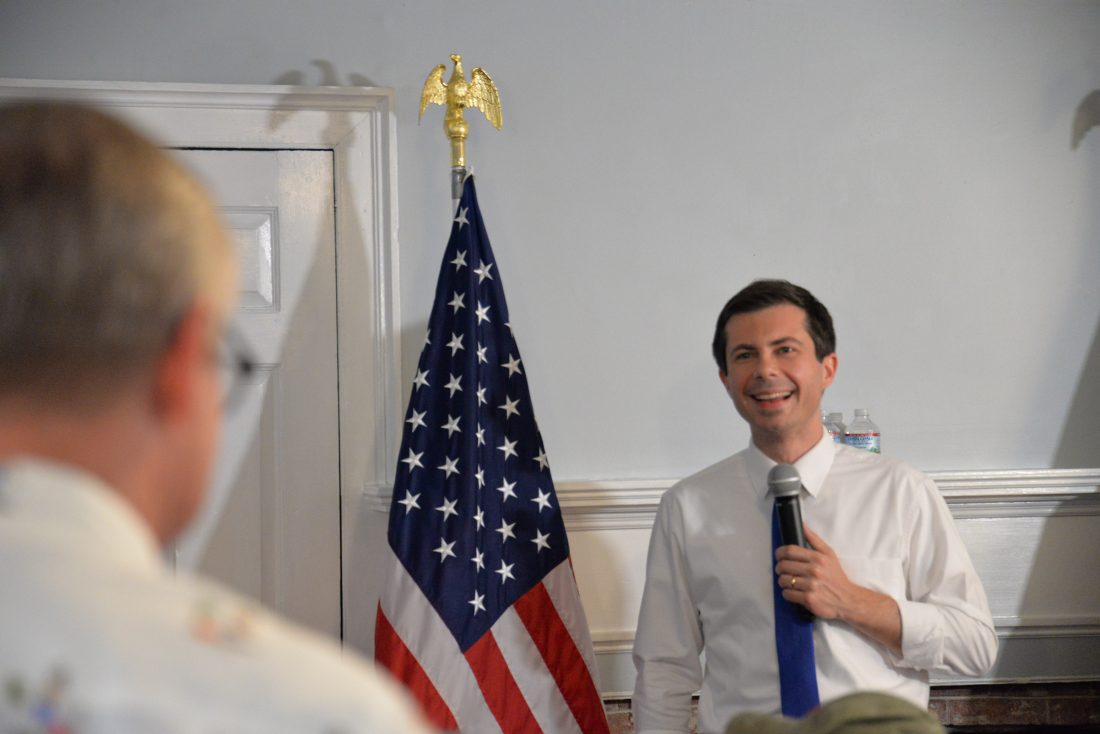 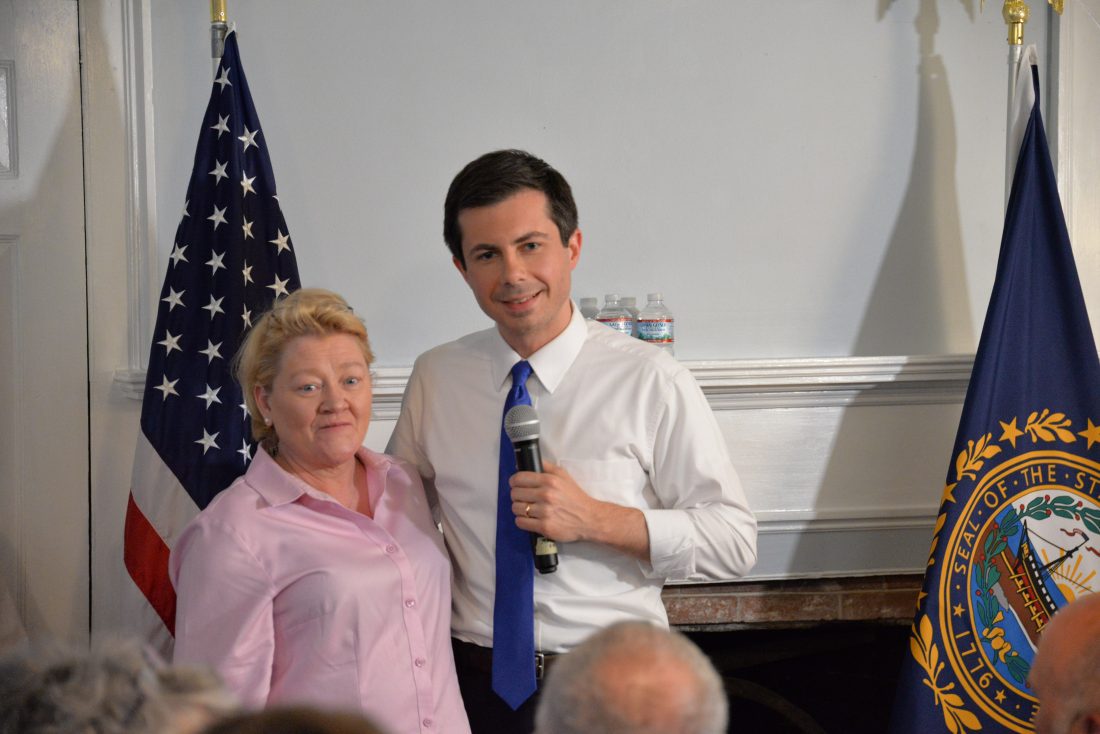