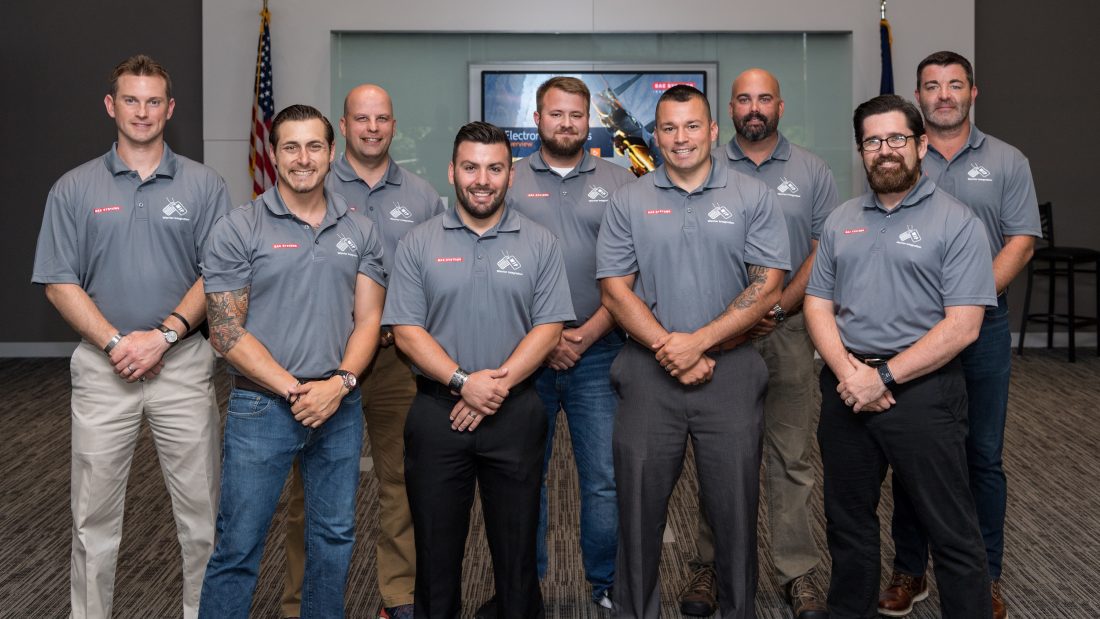 Courtesy photo The Warrior Integration Program at BAE Systems is open to any post-9/11 U.S. combat veteran who was wounded, ill, or injured as a result of direct combat action on a combat tour of duty.

NASHUA – BAE Systems recognizes the importance of those who serve in the trenches of battlefields around the world, as well as those who have come home as veterans.

Since 2009, BAE has worked to make the transition for returning veterans a little easier through its Warrior Integration Program. This provides career opportunities in several areas within the company for post-9/11 U.S. combat veterans who were wounded, ill or injured as a result of direct action on a tour of duty.

The program is a 36-month rotational system that gives veterans a clearer path for stable lives by giving them opportunities to find successful careers.

Program participants must complete three rotations of nine to 12 months in different company sectors, such as supply chain management, business management and engineering.

Participants receive opportunities in educational advancement and community engagement while in the program with the help of senior mentors.

Alan Kenneally is program manager for the program within Electronic Systems at BAE. He said veterans are critical to business planning within the company.

As noted in the program’s brochure, “U.S. Defense companies need the end-user expertise of combat veterans to advance technology and better protect future warfighters from harm when serving their country.”

Kenneally said, “We protect those who protects us.”

Kenneally was a graduate of the program in 2014. He was wounded in 2008 in Baghdad and spent a couple of years in rehab. While he was in rehab, he was approached by BAE representatives and learned about the program.

What happened, he said, was they stood by him for more than a year so he could concentrate on his rehab. He soon got involved with the program.

“This program has changed my life and everyone else’s life who has been in the program,” Kenneally said.

He added, “It absolutely opens up world of opportunities. This program gives veterans an opportunity for a career. It’s not just a job.”

Kenneally said the program also gives veterans the opportunity to stay connected. This is as close as veterans can get to the warfare, being a part of the team that’s building different technologies used, he noted.

The endeavor is not just known to the Granite State. Kenneally said there are also Warrior Integration Programs through BAE Systems in Texas, Virginia and Indiana.

“This program is very unique in the industry,” Kenneally said. “It’s a great assistance to me and I just want to pay it forward.”

On Wednesday evening, the company celebrated the participants who will be moving forward and completed the program during a graduation ceremony.