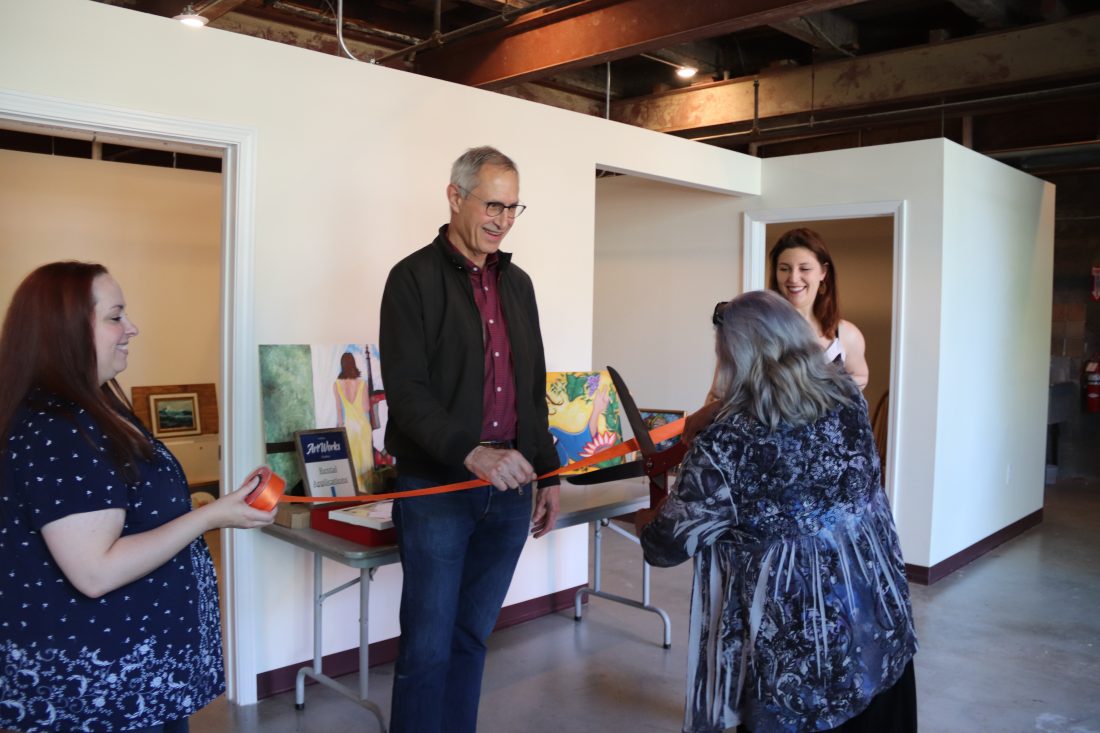 The space was gutted and redesigned for nine studios, which are renting for $125 per studio, per month. There are three spaces rented, which include two

artists and one classical guitarist.

“Our hope is that once a month, or maybe more, we can have an open studio time where people can sell their art and meet the community,” DeRoche said.

Donchess greeted the crowd, saying that Alderman Gidge was unable to attend.

“This whole artworks is Ken’s idea,” he said. “He is an artist, and has been for his whole life. He is a native of Nashua and took a group of people to the Western Avenue Lofts in Lowell where they have a bigger space, but it showed our city how art studios, work and Ken suggested that we use this space just for that reason.”

Based on Gidge’s inspiration, the space was cleaned and set up for nine studios.

Gidge’s wife, Lee, offered her words, after receiving a plaque honoring her husband’s dedication to the arts.

“What we produce is now transitioning from manufacturing into artists and service and serving each other so there ia a sustainable community,” she said. “Art is one of the things that is a uniquely human talent and it takes all kinds of talent and all kinds of intelligence to grow a community.”

Studio artist Kori Thomas, a Detroit native, now lives in Nashua and was excited at the new prospects for area artists.

“I think it’s great and this studio is a huge step in the right direction,” she said. “I love Positive Street Art and the message it brings. The festivals like Nu MUSE are great for the area, and I’m especially excited about the performing arts center in downtown.”