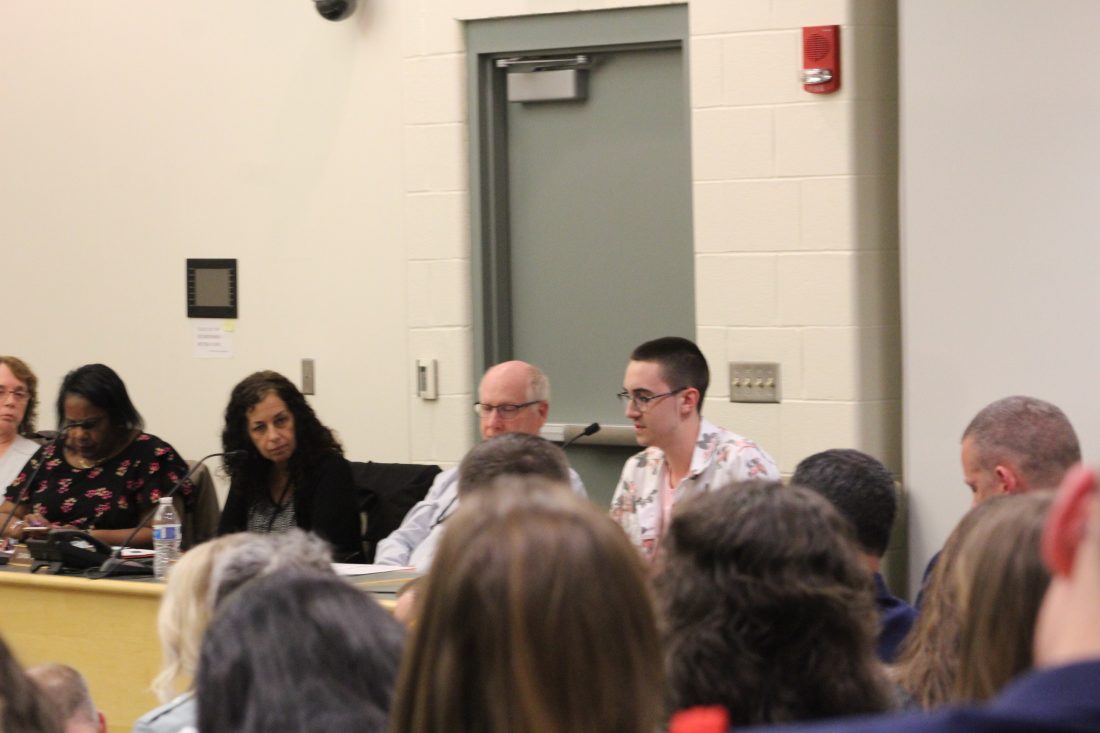 NASHUA – Repeatedly citing their “fear” of guns in schools, dozens of students, parents and other concerned community members on Monday told Board of Education members they don’t want a JROTC air rifle course near Nashua High School North.

This issue also indirectly led to the situation last week in which BOE President Heather Raymond and Superintendent Jahmal Mosley requested the resignation of board member Doris Hohensee. This is because Hohensee, via Facebook, made comments about and in reference to a student who had expressed opposition to the air rifle course.

After a four-hour Monday BOE meeting, The Telegraph had to meet its print deadline. More information about the meeting will be available in the Wednesday edition.

Within the last couple of weeks upon hearing the board’s decision of approval, students, parents and community members have taken to social media, in particular the Nashua Civic Sounding Board Facebook page, to express their views on having any type of gun on campus.

For many of the students, parents and community members who voiced concerns, it wasn’t the course they were against, it was normalizing any type of gun on campus.

On Friday, senior Paula Durant told The Telegraph, “We all think they should have their marksmanship club, just not on campus. I mean, we grew up with so many school shootings, that (the fear) is a normal thing now.”

Durant had a friend who survived the Marjory Stoneman Douglas High School shooting in Florida and she said she knows other people at North who have connections with people who were in the University of North Carolina Charlotte school shooting and in the most recent shooting in Colorado.

“It’s just normalizing these weapons on campus because they look so much like guns,” Durant said.