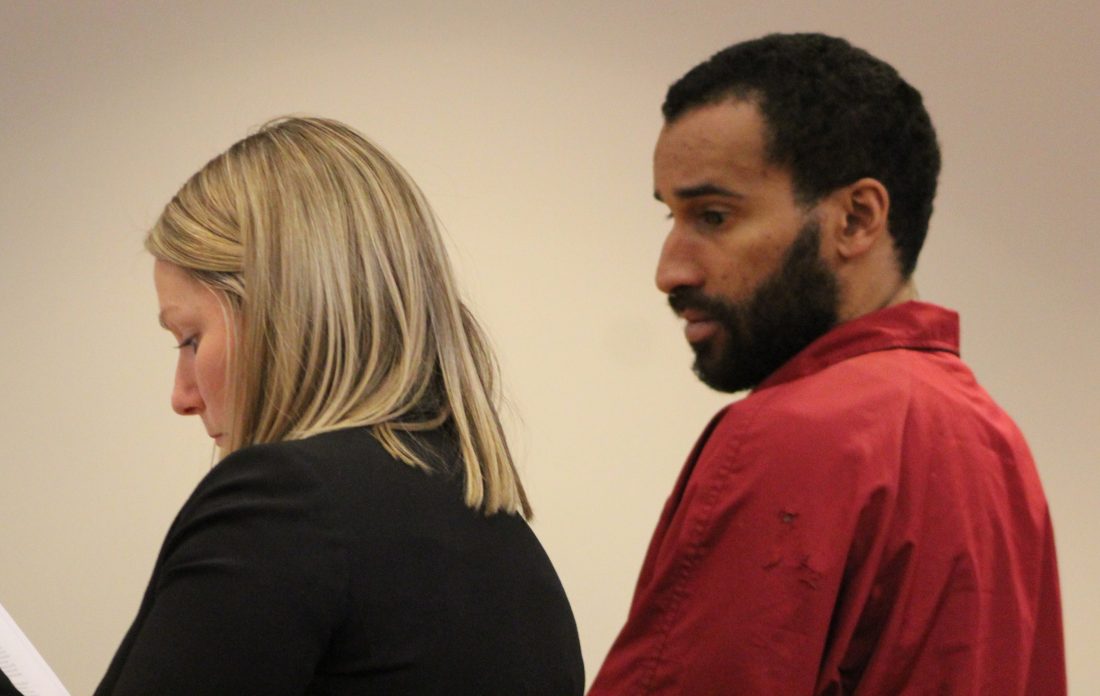 NASHUA – Joshua Fournier-DeJesus allegedly punched and kicked a man in an early-morning fracas during the weekend, but contrary to what police and prosecutors allege, there is no evidence he used a knife in the attack, Fournier-DeJesus’s lawyer argued in court Monday.

Whether enough probable cause exists to support the first-degree assault charge that accuses Fournier-DeJesus of lacerating the alleged victim’s head to the point he needed treatment at a Boston hospital became a topic of debate at the 31-year-old Nashua man’s bail hearing, over which Superior Court Judge Charles Temple presided.

“There is no allegation he used a knife in any way,” Henderson told the court, adding the alleged victim “does remember being punched … but it’s more likely than not” that if Fournier-DeJesus did have a knife, “it was not used” in the alleged assault.

Temple, after reviewing the probable-cause affidavit and the video, agreed with Harpster.

“The video clearly shows a knife in his hand when he (allegedly) struck the victim,” Temple said, referring to Fournier-DeJesus.

Harpster was also granted his request Fournier-DeJesus be held on preventive detention as his case moves forward.

Henderson, meanwhile, had asked for personal recognizance bail, with conditions including Fournier-DeJesus immediately submit to substance abuse screening, sign a waiver of extradition and live at a downtown residence with his “significant other.”

As for Fournier-DeJesus’s criminal history, Harpster cited two recent cases, one from February in which he received a suspended sentence on a charge of receiving stolen property. That suspended sentence remains in effect, and his bail conditions remain active, Harpster said.

Just three weeks ago, Harpster said, Fournier-DeJesus was charged with three counts of misdemeanor simple assault, accusing him of “knocking a 10-year-old girl down by throwing a bicycle at her,” and pushing two teenagers to the ground.

But according to Henderson, Fournier-DeJesus was reacting to a group of children and teens who allegedly showed up at his house looking for a young member of his family.

As for the new charges, Fournier-DeJesus is claiming self-defense, Henderson told the court.

She also asked that the state turn over to her the cellphone video of the alleged assault, which Temple granted. Harpster said he would do so as soon as he can get a copy from police.