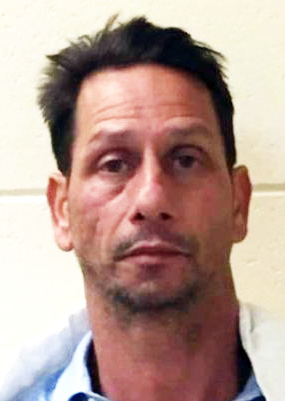 NASHUA – A plea and sentencing hearing for Cornelius Stanley, the Hudson man accused of leading police on a lengthy pursuit then hiding in a random home before getting stuck in a window while trying to escape, has been continued until June.

A prosecutor assented to, and a Superior Court judge granted, Stanley’s motion to continue the hearing, which he filed as the result of the unexpected death of a close family member, according to court documents.

Stanley, 46, whose address is listed as 284 Derry Road in some documents and as 90 Deerwood Drive in Nashua in others, faces a total of six charges, five from a case opened in January 2018 and one from an April 2018 case.

The other case includes another count of operating as a habitual offender.

The plea and sentencing hearing, the details of which aren’t included in the case files, has been rescheduled for June 18 in Hillsborough County Superior Court-South.

One of the operating as a habitual offender charges stems from Stanley’s arrest in Nashua on April 6, 2018.

The other five charges were filed against Stanley upon his arrest early the morning of Jan. 16, 2018, when police allegedly tracked him to a Hudson residence after a vehicular pursuit through the area of the Hudson-Litchfield town line.

Police said at the time an officer on patrol tried to stop a white pickup truck after clocking it going 69 mph in a 45 mph zone shortly after midnight.

The driver, later identified as Stanley, allegedly sped up in an attempt to elude the officer, who followed and tried to keep the truck in sight while traveling on Page Road, then on Cutler Road.

The officer eventually spotted the truck’s taillights, the reports state, and continued trying to catch up to the truck. He and other officers who arrived to assist soon located the vehicle, but upon seeing no driver called in a K-9 unit to initiate a search.

The trail led to a home on Rotterdam Drive, a short, dead-end street off Cutler Road. Police said in reports that Stanley allegedly entered the home in an apparent attempt to hide from police.

When police arrived, the occupants, who were inside “sheltered in place,” police said, let officers in. Moments later, the reports state, they heard a commotion and glass shattering, and upon investigating discovered a man they identified as Stanley “hanging halfway out of a broken window.”

Court documents state that Stanley has been free on $10,000 surety bail as his case proceeds.