HB students crush it at FIRST Worlds in Detroit 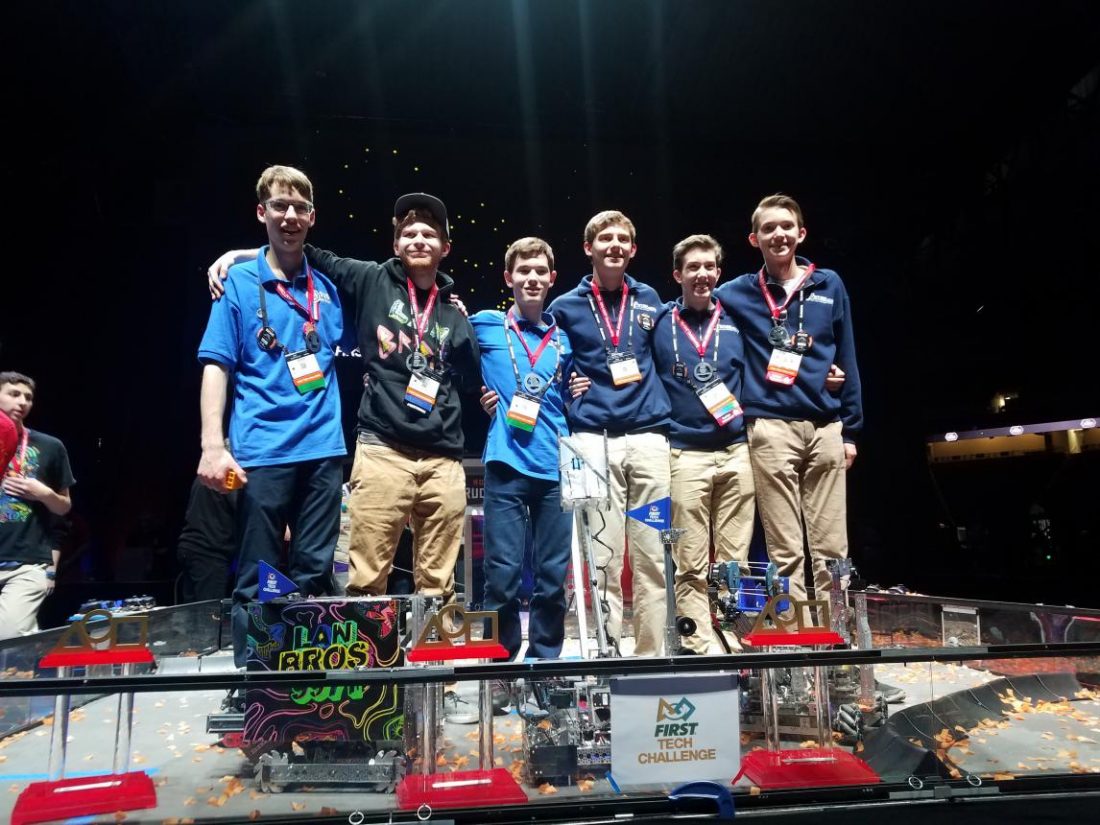 More than 17,000 students, ranging in age from 6-18, from around the world traveled to Detroit to participate in the FIRST Robotics Competition, FIRST Tech Challenge world championships, FIRST LEGO League and FIRST LEGO League Jr. competition.

Team 1073 consists of about 49 student members, four junior mentors and 10 mentors. The team is set up like a business and is run by student co-CEOs. It features five subgroups: Electrical; Integration; Business and Competition Strategy (BACS); Mechanical; and Software. Each subgroup is led by a student.

Katie Hallett, a mentor to the team, said, “We are so proud of the kids and it was such an incredible experience. This is by far the furthest 1073 has ever been able to get competition-wise.” 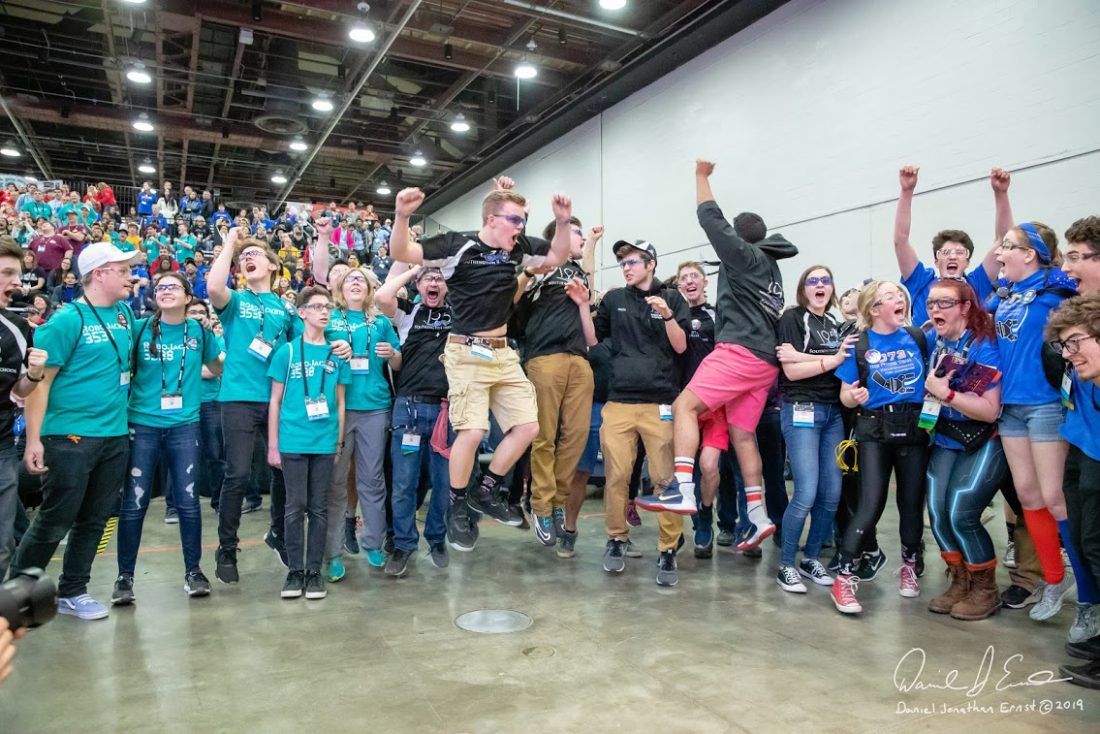 “They are pretty incredible kids,” Hallett added. “They represent a real diverse group. We have kids balancing robotic programs with being on the rowing team, the cross-country team. We have a lot of honors choir and jazz band students. These kids are pretty remarkable with the sports and extracurricular as well as the really rigorous course loads they take on.”

Team 1073 is a nonprofit and does all of their own fundraising. The organization also has both corporate and private sponsors who donate to the team, Hallett said.

“It costs approximately $65,000 annually to run the team,” Hallett said. “It’s an enormous task every year to create fundraising opportunities but we are very active with fundraising.”

Each season, the team gets together and sets a goal of what they would like to accomplish with students and mentors. Of the team’s mentors, Hallett said, “There are some incredibly dedicated working professionals who have full-time jobs, yet somehow manage to dedicate 20-30 hours a week during build season.” She added, “We are very, very lucky to have a nice community where people are pretty generous with their time.” 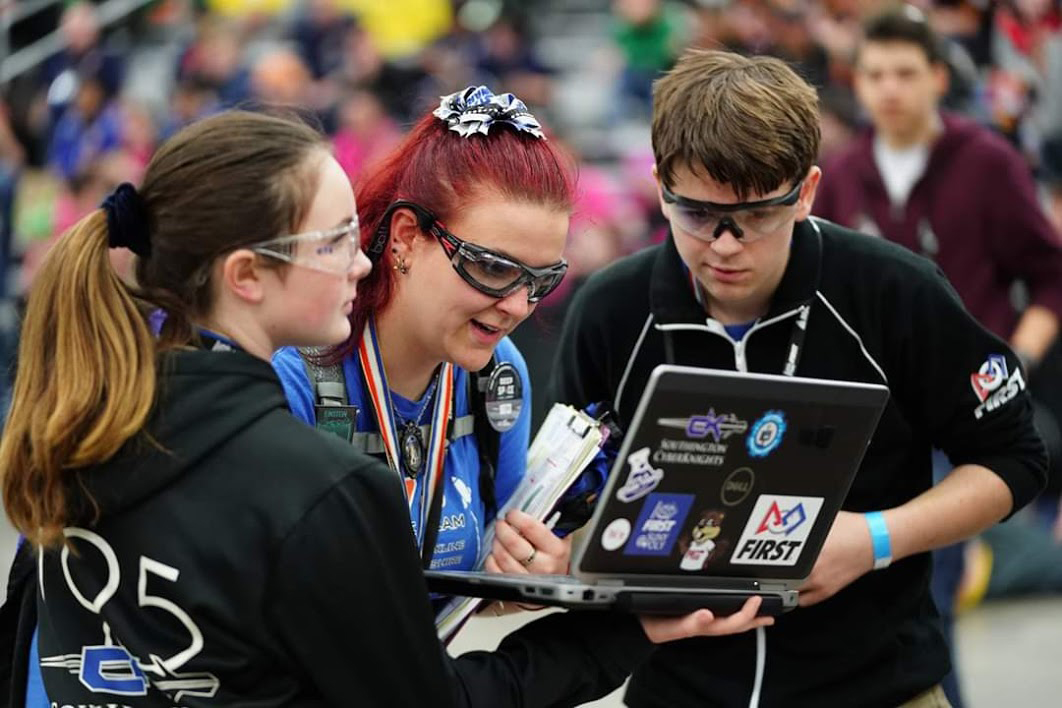 FIRST Senior Mentor Ken St. Hilaire traveled with team and said it was an incredible experience. In addition to working with Team 1073, St. Hilaire works with teams across the state, starting from kindergarten onward.

Team 1073 had to go through many levels before getting to the World Championship. St. Hilaire said the team is part of the New England District and had to get through a number of qualifying rounds.

“Based on how well you do at the event, you progress to the next level. We did well recently at the two district events we went to and qualified for New England District championships. Then, we did well enough there to qualify for worlds,” he said.

This involved a lot of teamwork.

“This was a tremendous achievement for them,” St. Hilaire said.

Of the competition itself, he said, “It’s more than robots.” Taking part in this league, he said, allows students to build communication skills, collaboration skills and teamwork.

“It’s very team-oriented and there’s another element where they have to work with other teams which is unique to any sports experience,” St. Hilaire said. “Here we need to figure out how to work with another team in order to become better.”

St. Hilaire said when students go on to the work world, this will affect how they work within their own companies.

“The skills these students develop are marketable and useful in any career or area of study,” he added.

“It’s not just about the robot,” FIRST New Hampshire Director Frank Grossman said. “It’s a really nice thing where you can have that many students involved in different capacities. Its creates a true feeling of the whole team winning.”

In addition, Cameron Hallett, a member of the Team 1073, received the honorable Dean’s List Award. Only 10 students worldwide are recognized each year with this award for leadership and passion to FIRST.

St. Hilaire said the team had the same opportunity to compete, on a smaller scale.

“For them to win the World Competition is pretty amazing,” he said.