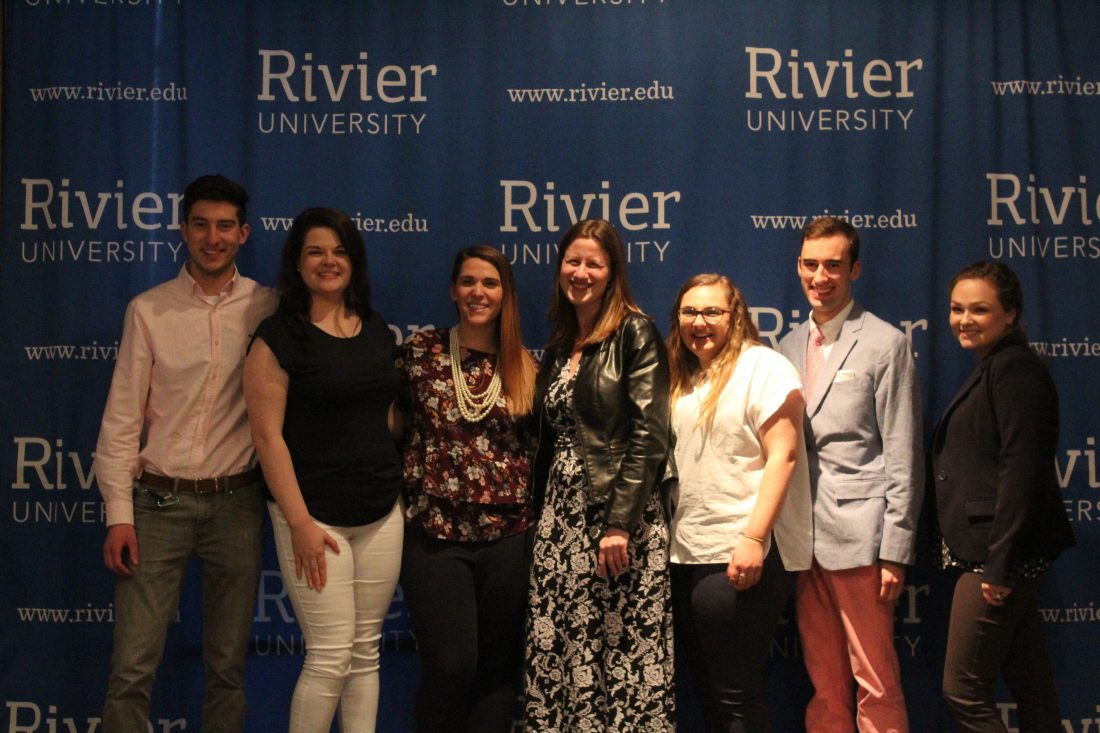 NASHUA – When most people think of a college final, they might think of a cumulative exam or a lengthy research paper. But the students in Rivier University instructor Mark Meehan’s Business 305 Entrepreneurship and Innovation class finished their semester a different way.

Wednesday afternoon, his students had five minutes to impress a panel of local business professionals during the Entrepreneurial Pitch Contest by promoting their business concepts.

Students competed for a prize package equivalent to $20,000. The prize package includes a $2,000 cash prize, legal, startup and financial consulting, along with office space.

Five teams presented on Wednesday afternoon. During the semester, Meehan’s students were organizaed into teams and challenged to create a financially sound “double-bottom line” organization that focuses on social impact and contributes directly to the community.

“This program is terrific for the community,” Meehan said told The Telegraph earlier in the semester. “Students engage with a wide range of community leaders who provide amazing support.” 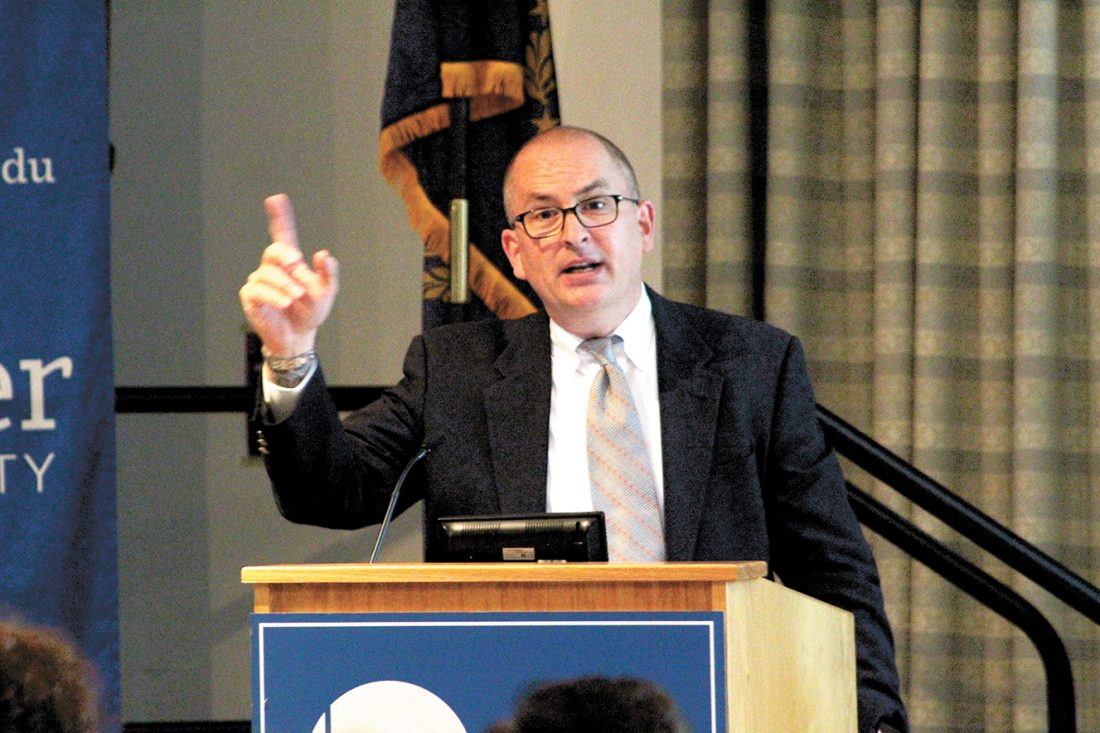 This year was also the first year Meehan brought in mentors for each group, an endeavor created by Leaders of Future Technology founder Suzanne Delaney.

“It’s amazing working in Nashua because you come up with this kind of idea and you want to see, how will this go, who will step in. It’s remarkable how quickly people jumped on board to help with this,” Meehan told the crowd that gathered to listen to the students.

Before kicking off the contest, Meehan also thanked his students.

“I cannot tell you how much fun it has been to get to work with you. It’s an honor,” Meehan said. “What makes me happy is that many of you are beginning to see yourselves the way we see you. All the talent, the courage, the capacity, the ability that we see, I can see many of you starting to own it. You’re taking it in, you’re realizing that you’ve got something here. And it’s amazing.”

The first team, The Collegiate Gaming League, had a pitch about a dynamic league to bring competitive gaming to another level at college. The students, Robbie Agruso, Drew Fuller, Eric Maxfield, Nick Wolfram and Joe Yakavonis, projected with their plan that in the next two years, they could have about 250 members from 10 schools involved. Their hope was, the gaming league would build a community, enable healthy competition and generate revenue, which would go toward college scholarships.

The second team presenting, Own It, consisted of team members Cheyanne Keets, Morgan Martinage and Dan White. They sought to reduce waste and preserve water by modifying disposable water bottle labels and making them customizable.

The third team, Invictus School of Tradesmanship, featured team members Courtney Goguen, Nathan Hale, Josh Klumpp and Karina Orellana. They proposed a program intending to address the issue of having a lower number of skilled trade workers. Their program targets those “left out” of society, they said.

The fourth team, New Life Composting, with team members Mariah Carlson, Heather Jackman, Austin Putvain, Ava Stamp and Alison Taylor, sought to tackle the issue of excess waste in landfills. Through this business, residential homes would be able to get service, along with compostable bins and liners to hold food scraps until members pick up the scraps. The scraps would then go to a facility site run by their business for composting.

The final team, SAIL, run by Tyler McCrady and Alex Leafe, sought to create a sales community platform that would allow anyone to create revenue for companies by selling their products and then in return receiving a percentage-based commission from sales.

Once teams were finished presenting, there was a brief break for the judges to make their decisions.

Simian announced the winner. He said it was a difficult decision to make, but for the judges, it ultimately came down to a few different key points.

“We really wanted to leverage what was asked of us in terms of the team that was going to have the greatest kind of socioeconomic impact, that really looked at the double-bottom line and understand how their business could succeed,” Simian said.

That team, was the fourth team to present, New Life Composting. The students will now be able to use the $20,000 prize to put their business plan into action.

Next year, the class will be spearheaded by Suzanne Delaney, as Meehan will be taking on other courses.