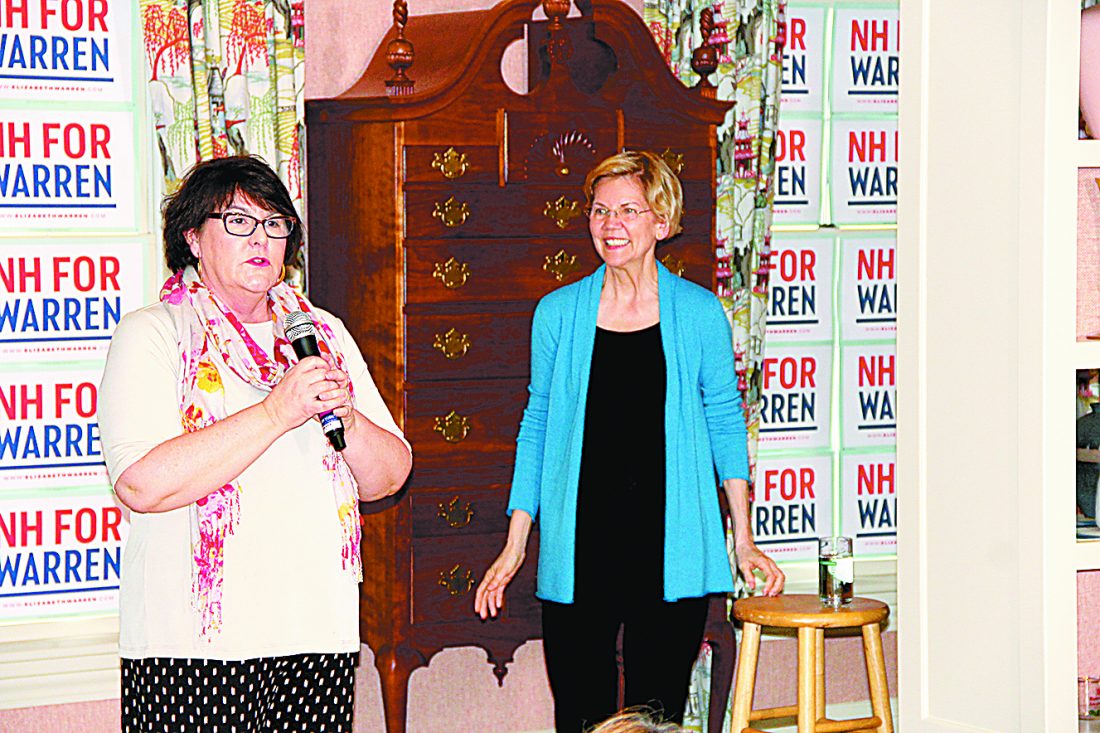 AMHERST – The home of New Hampshire State Sen. Shannon Chandley and Tom Silvia as of late has become a hot commodity for Democratic presidential candidates.

“…For those with money,” she said, finishing her thought.

She rallied the room, citing powerful D.C. insiders with connections, who can afford to hire lobbyists and lawyers. For them, our nation’s capital “works great.”

Warren said that when a government works like that, it is “corruption, pure and simple and we need to call it out for what it is.”

While Warren’s populist theme engaged the audience, the closely watched senator is slightly lagging behind Democratic challengers, including Bernie Sanders and Joe Biden (who still has yet to officially enter the race), polls show. But Warren is being viewed as having a chance of defeating Donald Trump in a hypothetical head-to-head match, another recent poll suggested.

Forty-nine percent of those polled said they believed Warren would defeat the incumbent Republican in such a conjectural matchup, compared to 51 percent who gave Trump the edge.