Students get moving to raise funds 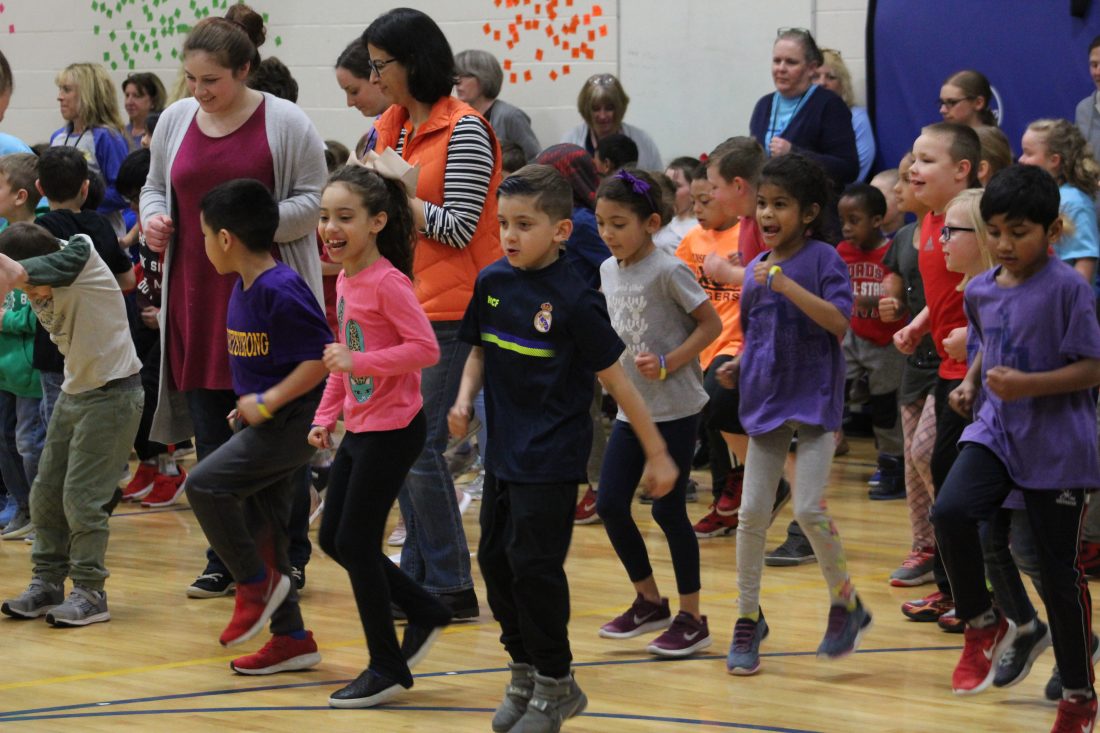 Telegraph photo by GRACE PECCI Sunset Heights Elementary School students spent an hour on Monday moving around as part of the Step Up for Stingers Move-a-Thon. They were able to go through a number of obstacle courses, walk a mile, dance and get martial arts lessons as they worked to raise money for their school.

NASHUA – Sunset Heights Elementary School students got moving on Monday afternoon to help raise funds for their school during the second annual Step Up for Stingers Move-a-Thon.

Sunset Heights Elementary School PTO Treasurer Ashley Clement said this year, organizers set a goal of raising $8,000. Already, she said they have reached about 95 percent of their goal.

A total of 397 students participated in the Move-a-Thon. Clement said each student was asked to gather donations from friends and families.

The entire school was transformed into a series of obstacle courses Monday afternoon. Kindergarteners, first-graders and second-graders were the first to participate in the fun.

The fun-filled afternoon began with a warm up stretch from Planet Fitness trainer Sean Morgan. After some stretches and jumping jacks, the students hit the ground running.

They sprinted through hula hoops, hopped across agility ladders, jumped over bars, and crawled through obstacles … and this was only in the gym.

Down the hall in the music room, students and teachers were dancing to popular hits such as Macarena. In the library, students got schooled in martial arts and played skillful games such as elbow tag and toe tag with Grandmaster Bobby Lamattina from Tokyo Joe’s studio. Out in the lobby of the school, beanbag toss took place with Morgan and Planet Fitness manager Jeff Draper.

Physical education teacher John Barry also mapped out a route around the school that students could walk in four laps to reach a mile. Once the kindergarteners, first-graders and second-graders were done, it was time for the older students to move.

The afternoon was set to be fun while raising school spirit. Though the fundraiser was completely student-oriented, parents and families were encouraged to watch and volunteer. Students received a raffle ticket for participating and another for every $10 they brought to school.

On Friday, the school will have an assembly to award the prizes and raffle winners to students. Southern New Hampshire Medical Center also collaborated with the school PTO to make the day a success.