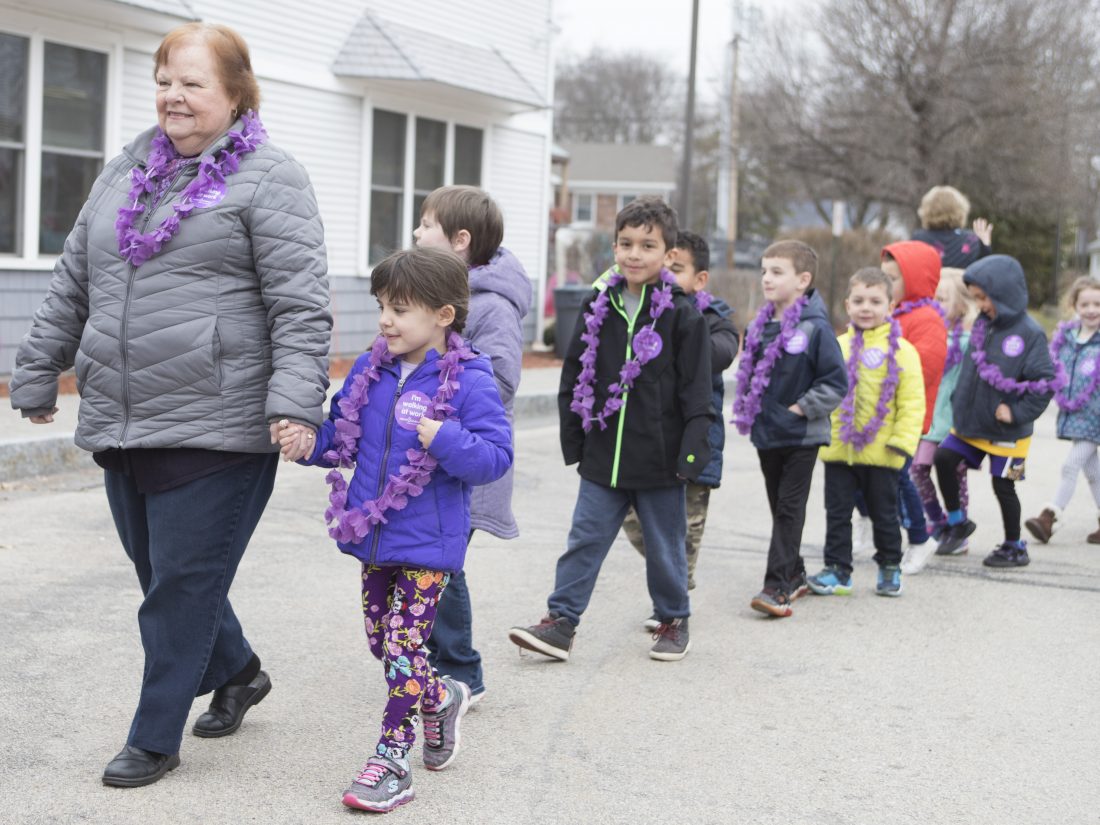 NASHUA – After two weeks of raising money for the March of Dimes, students and faculty at Creative Years Child Development & Learning Center – all donning purple – were led by March for Babies Ambassador Amelia Brunelle as they participated in this year’s Wonder Walk.

Over the course of the fundraiser, children in separate classes competed against one another to see which class could raise the most money for March of Dimes. In total, the children were able to raise $3,011.

“The kids have been fundraising, collecting change from home and parents and grandparents and their guardians who come and pick them up (also are) putting money in the box,” said Michelle O’Malley, the March of Dimes New England’s senior development manager. “So, there’s a competition, each of the classrooms want to be the biggest fundraisers.”

Upon presenting the check to O’Malley and Janelle Dolan, development manager for New Hampshire, school officials said in an effort to magnify their impact, they had decided to match the children’s contributions, bringing the total to $6,022.

Each year, the school chooses a student to act as the ambassador for the Wonder Walk. This year, Amelia Brunelle, who was born significantly premature, led her schoolmates in the march, as they walked and proclaimed, “For the babies.”

“They are all rallying behind Amelia,” O’Malley said.

The money raised at Creative Years will go to March for Babies, and will help support the health of mothers and their new borns in the Granite State. The donations will be put toward research to find breakthroughs for preventing premature births, birth defects and infant mortality.