Chicken of the city: At least two coops now active in Nashua 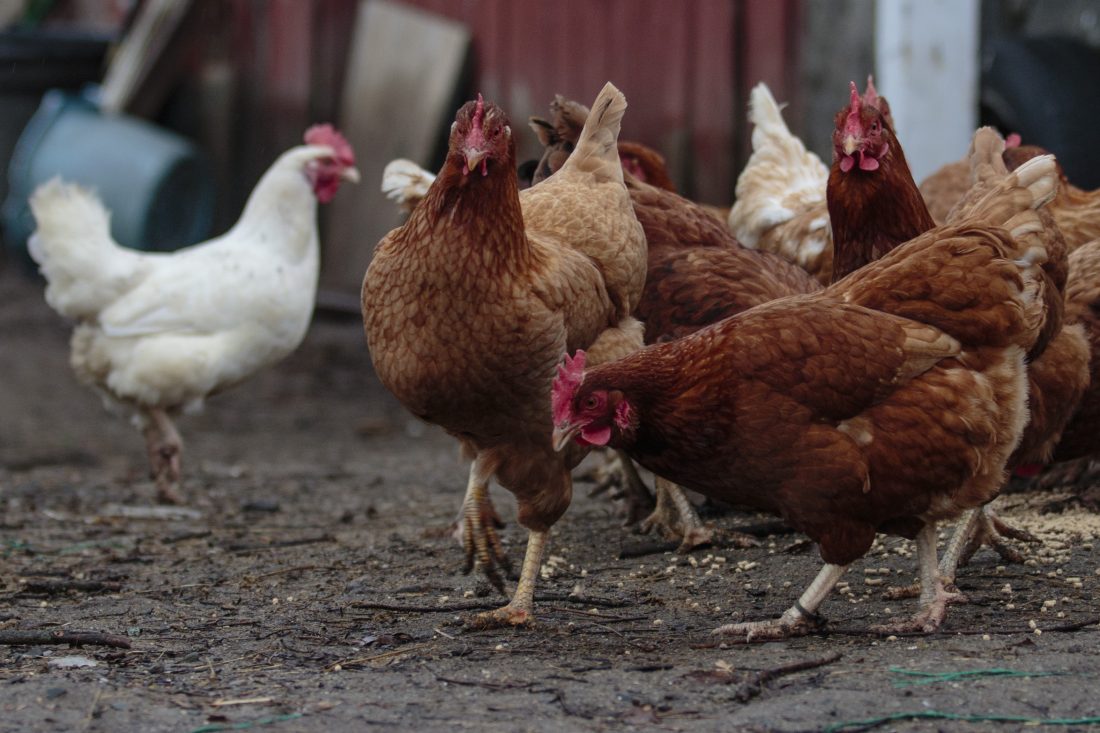 Telegraph photo by MATHEW PLAMONDON Chickens are now in Nashua as a result of an ordinance that passed in December.

NASHUA – The city now features at least two chicken coops as a result of the ordinance passed last year, while even more fowl could be on the their way to Nashua as spring rolls toward summer.

“I’m just excited to see how it works out for the people and to hear whatever feedback we get,” Nashua Alderwoman Shoshanna Kelly said. “I think it’s going to be positive.”

There is no calling “fowl” on city residents who decide to keep up to six hens for the sole purpose of enjoyment in the confines of their personal property. Lawmakers, including Kelly, who helped pass the ordinance believe that as residents start implementing chicken coops into their lives, members of the community will see benefits. These include learning opportunities for both children and adults.

“These days, a person can live their entire life without ever seeing the animals that produce their produce,” Alderman Brandon Laws said. “I think it’s important for us to appreciate that animal products don’t grow on trees.”

With residents now allowed to keep chickens, the ordinance is designed to ensure the chickens do not become a nuisance. While residents can own up to six adult female chickens, adult male or crowing male chickens (roosters) are prohibited.

While working to pass the ordinance, members of the board took their time to make sure the letter of the law made certain that it would be safe and sanitary for not only those raising chickens, but also for the animals.

“My personal experience is that I’ve had friends that have had an overabundance of eggs that we’d trade our scraps of food as compost with them,” Kelly said, referring to her past experience living in a community that allowed pet chickens. “I’m hoping that’s the kind of experience that the community here will have.”

Through the legislative process, board members made multiple changes to the language of the ordinance. Adjustments included changing the size and location restrictions for a coop, as well as making sure the chickens will not be used for commercial sales.

Kelly said while the law was still in the developmental stage, city officials discussed the impacts of chickens with those in other communities. Each of them said they have seen positive impacts.

Laws said the chicken ordinance will help those in the city learn more about the sources of their food. He said this will help them gain a respect for how their food is sourced – especially after seeing it in person.

While agreeing with Laws, Kelly said the learning opportunity is extremely valuable for children.

“I think there is so much a child can learn, not only having a pet in their backyard, but having a source of food in your backyard, and seeing where it comes from,” Kelly said.

Another key benefit that Kelly said may not be noticeable at first glance is the impact the new ordinance will have on waste and recycling. With the board approving up to $6 million worth of bonds to expand the Four Hills Landfill, as well as voting to continue the city’s recycling program through June 30, Kelly said the chicken ordinance will inadvertently help the community produce less of these wastes.

“This is a way we can reduce our waste – not going to the store and getting a plastic bag when you buy eggs. And we’re not wasting food. You’re composting and feeding the chickens,” Kelly said.

Nashua Community Development Director Sarah Marchant confirmed there are already at least two chicken coops in the city as a result of this law, which became active in December.

“I’m just excited to see how it works out for the people and to hear whatever feedback we get,” Kelly said. “I think it’s going to be positive.”