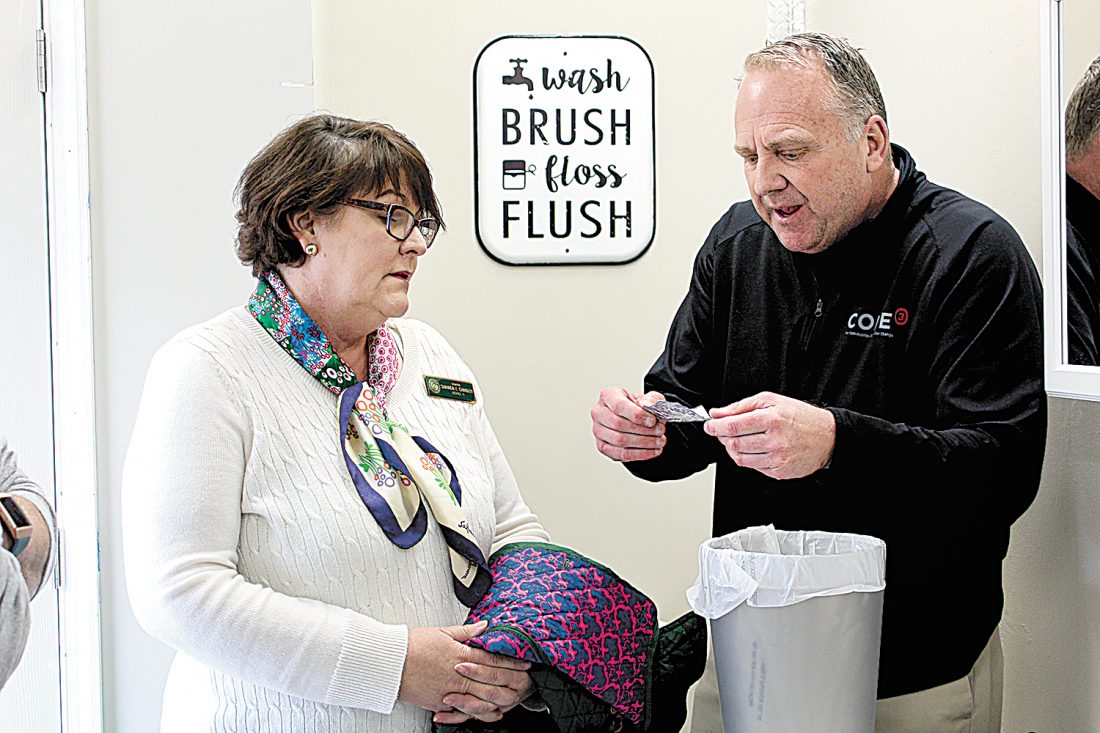 AMHERST – As part of the ongoing battle against fentanyl, heroin and other opioids that are devastating New Hampshire communities, the RALI CARES educational trailer found itself stopping at the Amherst Police Department on Wednesday.

Also known as RX Abuse Leadership Initiative CARES, this vehicle is staged as a mock teenager’s bedroom for parents and families to tour, while along the way learning the signs of drug abuse.

As part of the tour, RALI New Hampshire and Code 3 have partnered with local law enforcement officials and other leaders to educate the public.

The tour officially began last week in front of the State House with Gov. Chris Sununu. Since then, the trailer has traveled to Portsmouth, Exeter and Dover. The final stop will be at the Manchester Fire Department on Friday.

RALI New Hampshire works to support programs that prevent the misuse of prescription medicines in attempts to save more people from the opioid crisis. The group does this by bringing together community leaders and elected officials who are committed to finding effective solutions.

More than 150 people dropped by to check out the trailer on Wednesday, a RALI Cares representative said.

One of those was state Sen. Shannon Chandley, D-Amherst. She received a tour from Code 3 Executive Director Joe Abdalla. Abdalla guided Chandley through the trailer and showed her potential spots for hiding drugs.

After her tour, Chandley said she was really glad to attend. She said it was very informative for parents in terms of what to look for and seeing the way drugs are packaged.

Chandley also said it is important to educate families. Getting more people to see the educational trailer should help in the battle.

During the tour, Abdalla spoke of the importance of catching drug abuse in its early stages, if at all possible. RALI CARES works to share resources with local community leaders, families and friends to ensure that everyone can be part of the solution to work toward ending the opioid crisis.

At the site, there were bags for families featuing resources on how to identify warning signs of addiction, securing prescriptions and disposing of prescriptions when no longer needed.