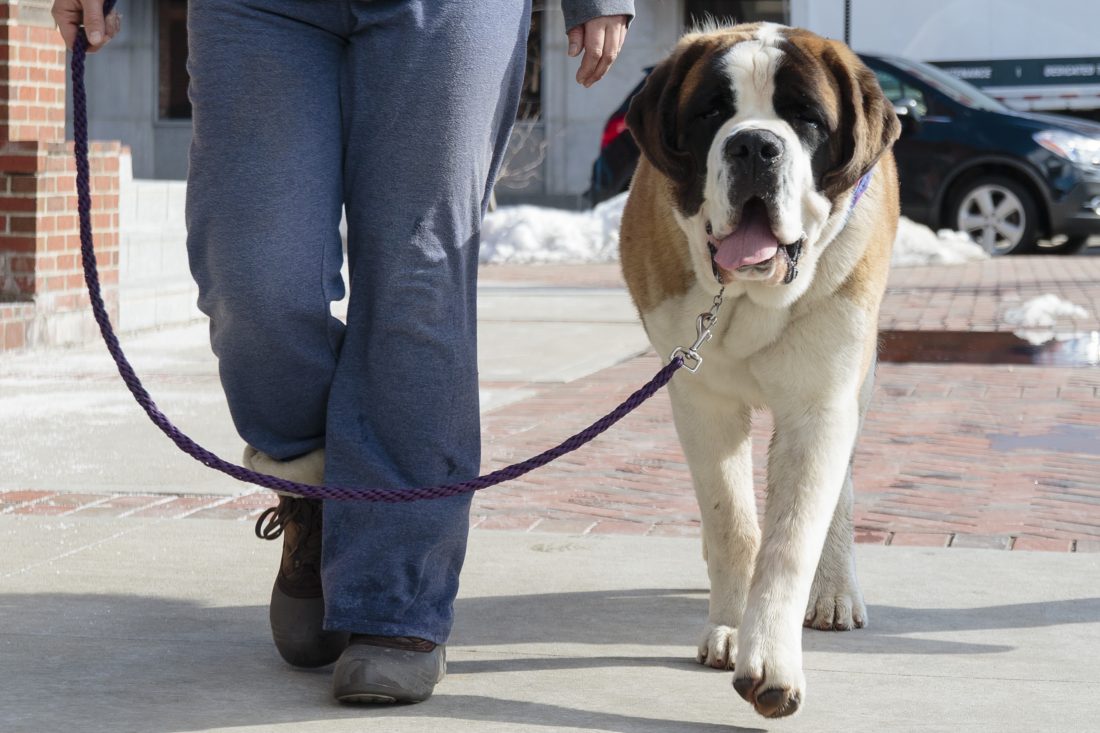 NASHUA – As spring and warmer temperatures approach, many residents will head downtown for a walk with their four-legged friends.

However, although Nashua has a dog leash law, there appears to be no requirement regarding the length of said leash. This leaves some residents wondering if the city’s leash law provides adequate protection for pedestrians – and other dogs – because some leashed canines may be aggressive.

“As far as I can tell, the ordinance in Nashua that references to the prevention of dogs running at large does not make any requirement to length of any leash or other physical restraint used by the person responsible for the animal,” Nashua Corporation Counsel Steve Bolton said. “Basically, the dog has to be enclosed or under leash.”

The precise language of the law states: “It shall be unlawful for any dog to run at large. The term ‘at large’ means off the premises of the owner or keeper, and not under leash or other physical restraint of the owner or a responsible person, or not within the confines of the fenced area of an off-leash dog park approved by the city of Nashua and animal control officer.”

As Bolton said, this law provides no guidance for what constitutes a leash, nor does it specify a length for the restraint. With the availability of retractable leashes, a dog owner can adjust the distance his or her pet has to roam. A traditional solid leash, meanwhile, stretches a fixed length at all times.

Tuesday, The Telegraph spoke with Nashua resident Carolyn Goodwin and her daughter, Kimberly. They regularly walk their dogs along Main Street.

The Goodwins said they would prefer to see a required leash length.

“I’d like to see the leash requirement be at least 6 feet, or a solid leash because we have long leashes, but we can pull them in,” Kimberly Goodwin said while walking her Saint Bernard, “Dino.”

While recalling an incident from last year, Carolyn Goodwin said she was forced to call Nashua Animal Control when a dog owner walking a small dog allowed his dog, on a retractable leash, to charge their three dogs.

“We called the animal control last year because there was a guy walking a small little dog and he thought it was hilarious that his was coming toward ours,” she said.

“We tried to hold our dogs that are over 100 pounds, and the guy was laughing,” Carolyn Goodwin continued. “I was like, ‘It’s not funny – my dog is going to rip apart your dog if you don’t pull your dog back.'”

Upon calling Animal Control, the Goodwins learned the law only specifies that owners keep their dogs on a leash of any length. The believe such a law leaves members of the public in precarious positions, be it the every day pedestrian, or other owners and their dogs.