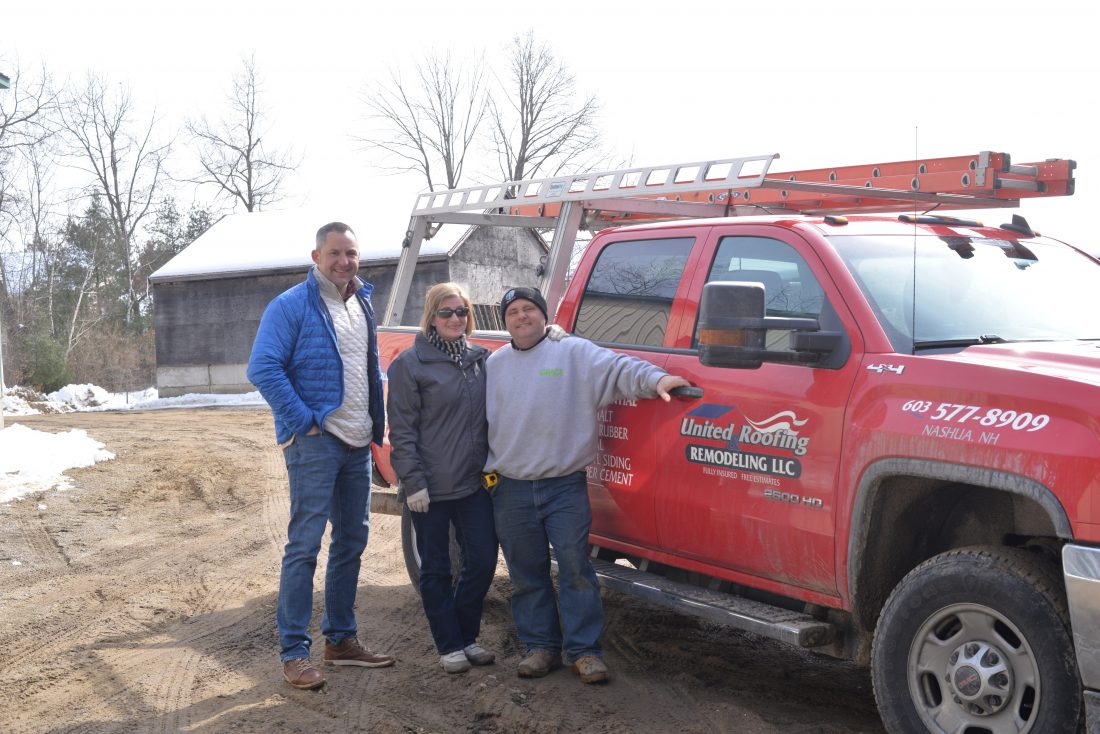 Telegraph photo by ADAM URQUHART The former Holt Lumber LLC property in Hollis is in the process of getting a makeover after its December purchase by Mike Coulombe.

HOLLIS – After more than 50 years of operation, the old Holt Lumber yard has a new owner, and is getting a bit of a makeover.

The property at Holt Lumber, located at 145 Runnells Bridge Road in Hollis, is near the state line bordering Pepperell, Massachusetts. It was recently acquired by Nashua resident Mike Coulombe. He said he purchased the property on Dec. 7, and has since begun converting it into what will be large storage units.

“It’s like mini storages, only on steroids,” Coulombe said.

The property will now see new life as a mixed-use contractor storage facility. He said these units will offer contractors a place to store their equipment, especially since most storage units have limited space. He said eventually, he will add another building to the property.

“It’s a six-and-a-half-acre lot, and they already had the steel buildings set up for the lumber yard,” Coulombe said.

These units will become Contractor Storage Solutions. With plenty of room and high ceilings, he said depending on how much space a person wants, he will have as many as 12 spaces. His company, United Roofing & Remodeling, already took control of a space in the front, about 5,000 square feet.

“We needed a bigger spot from where we were at before to pile vehicles and trailers,” Coulombe said. “We came down, and this was it – high ceilings, big doors and concrete.”

Friday, he said three units have already been completed. Before purchasing the property, he said it was just a bare building, and has since added power, insulation, drywall and heat.

“My husband will never be done tinkering,” Coulombe’s wife, Beth, said. “That’s the cool thing about the property is, there’s so much opportunity – and that’s a very busy guy. There’s always plenty of stuff to do.”

“I always wanted to own property, and we finally got a chance. We took the leap and we did it,” Coulombe said. “So, we’re here, and we’re in. It’s time to get it done.”