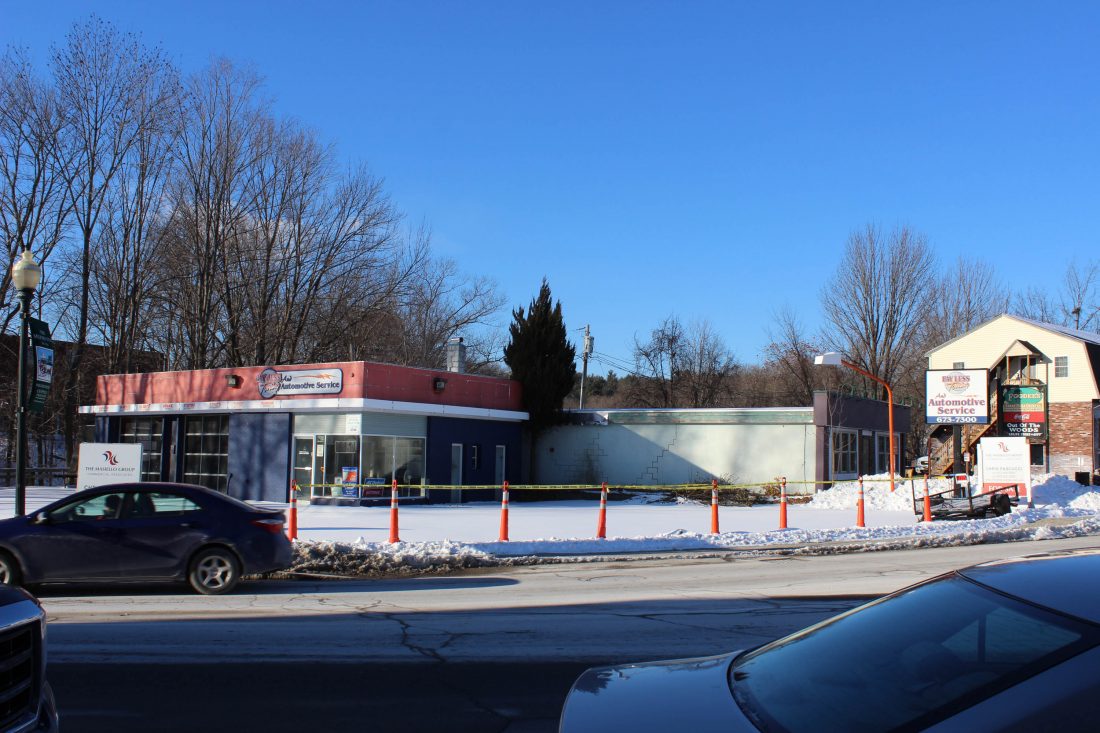 MILFORD – The auto service building on the Milford Oval that was most recently Payless Towing may be turned into a tap room resembling a vintage Texaco gas station.

Last month two Merrimack men presented the planning board with their idea, and board members seemed to like it. Chip Pollard and Gage Perry are expected to return to the board with a more detailed plan next month.

Pollard said the renovated building would serve wine, high-end craft beers and snacks and resemble a 1930s-1950s-era service station. He promised it would change the look of downtown.

“The building is just a box and will be completely cleaned out and restored,” he said, and they are negotiating with surrounding restaurants to provide snack foods, since it won’t have a kitchen.

His slide presentation showed historic Milford photos as well as pictures of similarly repurposed gas stations in Atlanta and in Charlottesville, Virginia.

The renovation would leave no gas station functions, he said. In their place will be historic icons such as an old phone booth, a Coke machine, air pumps and maybe a classic pickup truck.

There would be outdoor seating by the river and as much parking as possible, he said, but no parking on the southwest side of the property for safety and so that drivers coming and going will be able to see the building.

“I know a lot of investment is going on” downtown, said Pollard. “This is going to stand out.”

There have been functioning auto shops on the west side of the Oval for decades, and Pollard said they don’t belong there anymore.

“Gas stations and used car lots are probably not what most people want for the Milford downtown,” he said.

A number of new restaurants have recently opened or are planned for the Oval. On Nashua Street, the old Souhegan National Bank building is being turned into a restaurant. Nearby, the year-old Bar One restaurant seems to be packed every night, and La Medina, on the west side of the Oval, opened a few months ago serving world cuisine. Up on Mont Vernon Street, the 18th century Col. Shepard House is slated to become a function room.