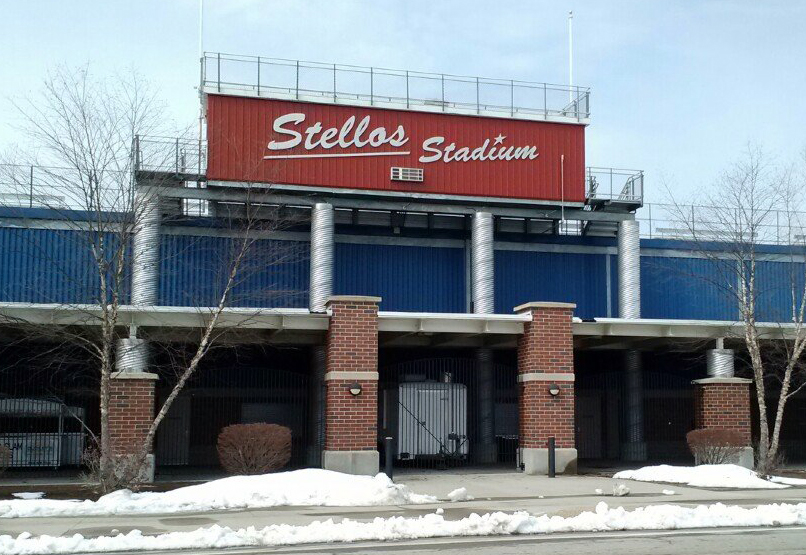 NASHUA – James K. “Jimmy” Stellos was an electrician by trade, an ambitious man who began with a tiny home-based business and grew it into one of the region’s most successful contractors.

He was also one of the city’s most prolific, and notoriously behind-the-scenes, philanthropists, who roughly 20 years ago, pledged a healthy sum to build a stadium because “he wanted to make sure kids had a place to play” football and other sports.

Not among Jimmy Stellos’s career pursuits was the position of professional educator. However, to lifelong friend Bill Fokas, Stellos was perhaps the best teacher he ever met.

“The things I learned from him … Jimmy was the go-to guy for you name it — history, business … whatever I asked him, he had the answers,” Fokas said Monday. 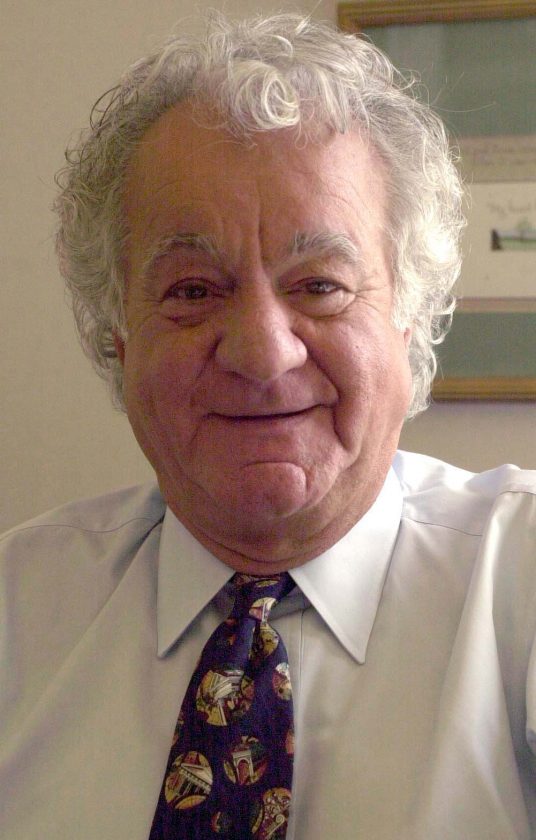 Fokas was among a legion of Greater Nashuans who paused Monday to remember lifelong resident and businessman Stellos, who died Sunday at a Boston hospital after a relatively brief period of failing health.

Stellos, who was 23 when he founded Stellos Electric in his mother’s Harbor Avenue garage in 1954 – the same year he donated the materials and labor to wire the Nashua Lions Club’s new Friendship Club building – was 87.

Services are pending. The details will be included in a full obituary, which the family is planning to run in The Telegraph later this week.

Stellos leaves his wife, Sandi, and three daughters, along with grandchildren, nieces and nephews.

It was shortly after he celebrated a traditional Greek New Year with his family that Stellos was hospitalized in Boston, Cassi Stellos, one of his daughters, said Monday.

“He drove himself to my house. We had dinner and celebrated with the pie and all,” she said, referring to the traditional observance carried out by the patriarch of the family.

When he drove himself home, it was one of the last times he got behind the wheel. Fokas, during a visit with Stellos days before he was admitted to the hospital, remembered him lamenting the fact he wasn’t allowed to drive.

As with pretty much everyone who knew Stellos, Fokas said he constantly shunned the spotlight, preferring to pledge his support to causes and extend a helping hand to anyone he saw struggling quietly and behind the scenes.

“Jimmy never looked for accolades,” Fokas said. “The stadium is huge, of course, but he was very supportive of a lot of things,” he added, referring to Stellos’s $500,000 pledge to the construction of the stadium that now bears his name.

So common and low-key were many of Stellos’s acts of philanthropy that his family only learned of them when they happened to run into a grateful benefactor, his daughter said.

“We’ve heard all these stories over the years … how he really made a difference in so many people’s lives,” Cassi Stellos said. “Maybe he helped them out because their kids needed something, or they were in a rough stretch at the time.”

If someone needed help, Stellos would know it, she added. “He gave to everyone he felt could use help. He missed no one. He was extraordinarily generous,” Cassi Stellos said.

“He did what he thought was right.”

Nashua native Ed Lecius, a longtime Nashua Lions Club member who went on to hold regional and national offices for Lions International, said Stellos and fellow longtime Lions member Albert Savage were among the Lions who undertook the Friendship Club project some 65 years ago.

“Jimmy was a young electrician, just starting out … he got involved (by) doing the original electrical work” at the clubhouse, which the few remaining members decided to close and sell two years ago.

In the 1970s and 80s, Stellos Electric sponsored a Pop Warner football team, named, appropriately, the Volts, Lecius said. His benefactors include the Boys and Girls Club of Greater Nashua and Bishop Guertin High School, but few causes compared to his beloved Greek community and its center, St. Philip Greek Orthodox Church.

“He spearheaded the ‘Greek nights’ every year,” Lecius said, referring to one of the church’s annual fundraisers.

He recalled Stellos, Dr. Robert Moheban and the late Peter Scontsas engaging in “friendly” bidding wars to drive up the price of auction items, “all to help the cause,” Lecius added.

Bob Lolley, a longtime Nashua pharmacist who more than 30 years ago opened Medicine World in a small plaza Stellos built on Main Dunstable Road, recalled the financial challenges he faced in the early years.

“I didn’t have enough money for a sign,” Lolley said. “Every time Jimmy came by, he’d ask, ‘where’s your sign?’ When are you going to get one?’ I was too embarrassed to tell him I couldn’t afford one.”

On one of those visits, Lolley said, Stellos asked him how much he thought a sign would cost.

“He comes back two hours later with a check,” Lolley recalled. “He said, ‘here, go get your sign. Pay me when you can.’ I’ll never forget how he helped me out.”

The rise to business and philanthropic success began for Stellos when he started selling wire and similar materials from the garage of his mother’s Harbor Avenue home.

He was 13 when his father died, leaving him, a brother and their mother. His first steady job was with Roy’s Electric – which he later purchased and renamed Stellos Electric.

For a number of years Stellos and the late developer Gerald Q. Nash co-owned the former WNDS-TV Channel 50 in Derry. Stellos was also a major supporter of the New Hampshire and Vermont chapters of the American Heart Association.

Fokas, meanwhile, said Stellos “taught me a lot of good life lessons … that was really important to me.

“You’re not going to find guys like that anymore.”