Pickup truck goes up in smoke 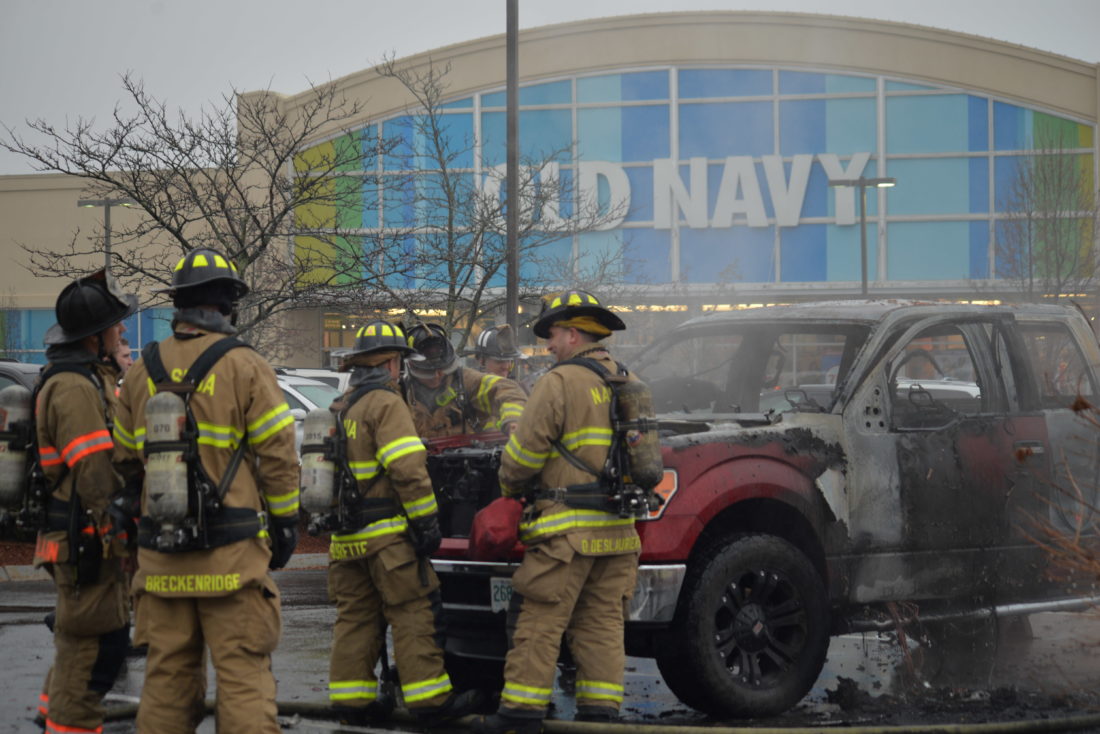 Nashua Fire Rescue received the call at 11:43 a.m. Friday, with the first company arriving on the scene in the parking lot of the Old Navy store at 11:47 a.m. Deputy Chief Karl Gerhard said once crews arrived, they were able extinguish the blaze relatively quickly.

“They had a fire showing from the engine department of a pickup truck,” Gerhard said.

He said there was only one occupant listed in the report, and that there were no injuries reported. However, even after the fire was out, smoke steamed from the scorched vehicle as crews wrapped up their work.

Gerhard said it remains unclear what caused this vehicle to go up in flames.