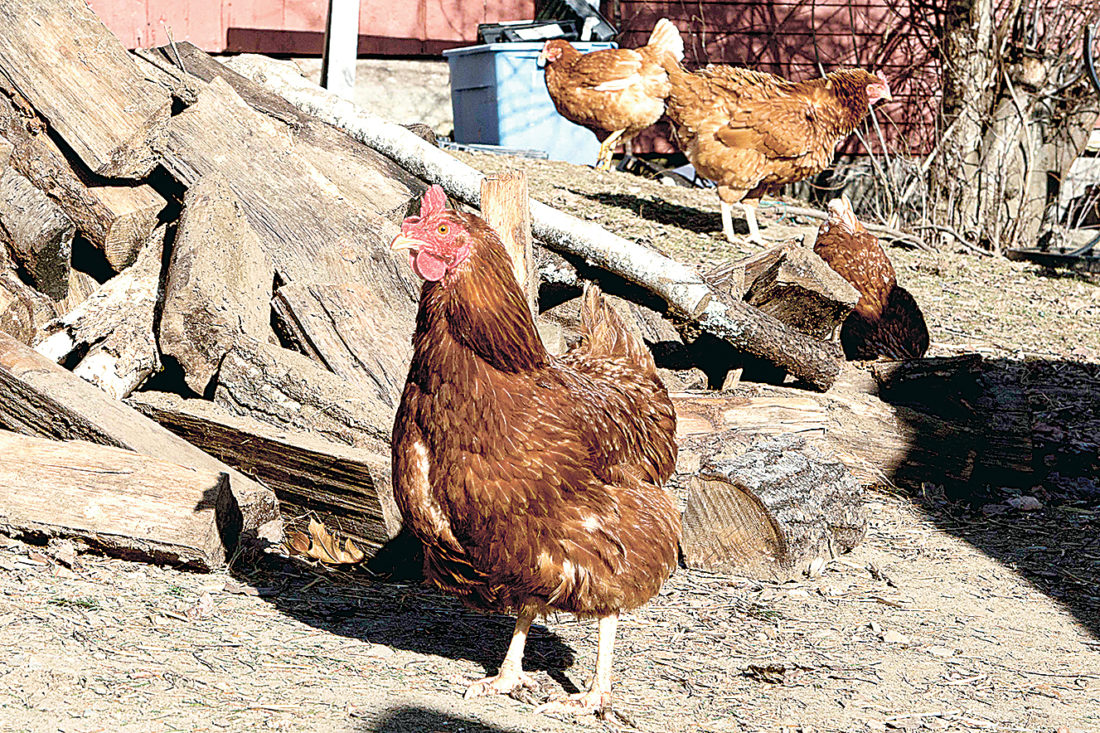 NASHUA – Although city residents may not hear a “cock-a-doodle-doo” to wake them up in the morning, urban chickens are on the way to Nashua after Board of Aldermen members voted to hatch the long-discussed ordinance late Tuesday.

The crowing should not occur because the ordinance forbids roosters (males), but it allows residents to keep up to six hens (females) on their property.

Alderwoman Shoshanna Kelly, who introduced the ordinance, said its passage shows Nashua is a growing city – not just in numbers, but in ideas.

“I think this is an idea that will help us grow,” Kelly said.

In terms of being proud to live in a city, Kelly said no one thing makes it happen. It could mean having community gardens or having access to VeoRide bikes, or for others, it could mean being able to keep chickens.

“I’m so grateful for the support of my fellow aldermen on my first piece of legislation,” Kelly said via email. “I believe they saw the demand, listened and debated and made a decision that aligns with the people of Nashua.”

The legislation passed with the amendments made during last week’s Planning and Economic Development Committee meeting.

The first change requires that “the coop and any run must be located in side or rear yards and cannot be located within 20 feet of the property lines.”

“We also came to a compromise on the setbacks and upped them from 6 feet to 20 feet,” Kelly said.

The ordinance also does the following:

Prohibits chickens from roaming free or at large;

Forbids the sale of eggs and chicken breeding;

Requires that chickens are kept in a coop during non-daylight hours;

Mandates that manure is “covered by a fully enclosed structure or container;” and

Requires that dead chickens are promptly removed from the property.

Not everyone is pleased, however. During the Tuesday meeting, Alderman Ernest Jette said he believes the ordinance will create a situation that is too congested.

He said the ordinance will be enforced by the Code Enforcement Department, who he said does not have a staff to go out and police potential problems. He said said because the agency is driven by filed complaints, they rely on people to call in with issues about things before they do anything.

“The idea may be a good one, but I think we’re creating a problem for our citizens, and so that’s why I’m against it,” Jette said.

Adam Urquhart can be reached at 594-1206, or at aurquhart@nashuatelegraph.com.