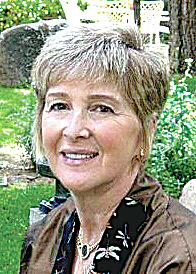 Also, Democrats stormed to power throughout the state, including in the Greater Nashua area.

Democrat Shannon Chandley defeated Republican incumbent Sen. Gary Daniels to take the seat. Chandley earned 13,361 votes, while Daniels fell short with 12,205 votes. Once all the results were in on Wednesday, Chandley said aside from being tired, she felt “terrific.”

“Senator Daniels has served the district for a long time, and I appreciate his commitment to public service,” Chandley said. “I am really glad — despite our differences in policy and priority – he was committed to public service. It takes all of us to be participating in this Democratic system and he did, and I did and here we are.”

For the most part, Chandley said the campaign leading up to Tuesday night’s decision was a positive experience. While knocking on doors with volunteers, she said she generally received positive responses from voters. However, now that the race has come to an end, she looks forward to helping to bring young families into the community and attract and retain those young families in not just the district, but across the state.

“We know we are an aging population and we need to do things to bring younger people here,” Chandley said.

Additionally, she said battling the opioid epidemic is a top priority.

The District 12 seat went down to the wire, with results showing Democrat Melanie Levesque narrowly defeating Republican incumbent Kevin Avard. Although an official winner had yet to be declared Wednesday night, Levesque was leading Avard by a vote count of 12,521 to 12,375.

Neither Levesque, nor Avard, could immediately be reached for comment.

Democrat Cindy Rosenwald earned a solid victory in the District 13 race against Republican opponent David Schoneman. Rosenwald gathered 11,267 votes, while Schoneman finished with 7,242. As the winner, Rosenwald will represent Wards 3,4,6,7,8 and 9 in Nashua.

Incumbent Republican Sen. Sharon Carson defended her seat by collecting 12,815 votes, compared to 9,410 for Democratic candidate Tammy Siekmann. With the win, Carson will continue to represent the towns of Hudson, Auburn and Londonderry.

Pignatelli said she’s very pleased and thankful for all the voters and supporters who helped and encouraged her along the way, including her family and those voters in her home town of Nashua.