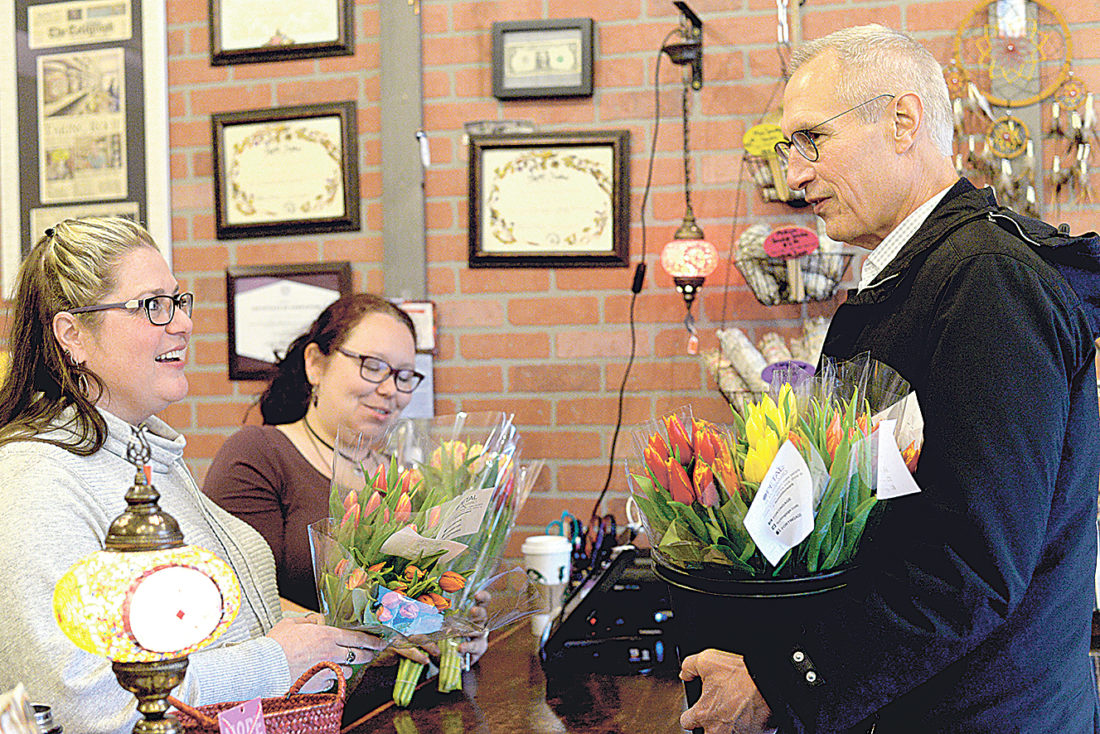 While gray skies loomed overhead, bringing a slight drizzle along with them, this gloomy day was made glorious by Jody Gage of Fortin Gage, at 86 W. Pearl St. and Donchess. The two made their way up and down Main Street, stopping in at multiple businesses along side streets, passing out various floral bouquets. This initiative came about as part of a nationwide effort to ‘Petal It Forward’ which is organized by the Society of American Florists.

“Being able to get out of the shop and surprise unsuspecting folks with a small gesture is not only uplifting for the recipients, but uplifting for myself and my staff,” Gage said. “Petal It Forward is a win-win for everyone involved.”

Amanda Brandwein, owner of Attitudes at Studio On Pearl, said she was caught off guard when Gage and Donchess walked into her studio with flowers in hand. She described her random gift as a nice surprise, and almost immediately passed of her second bouquet to her stepson’s mother who stopped by moments later to get her hair done.

“I think it’s great,” Brandwein said. “I mean, this is part of my life – making people smile, making people laugh – that’s a big part of who I am and what I promote.”

Donchess said last year, people really appreciated the gesture, while others were amazed that someone would come around and give away what are very attractive bouquets of flowers. This year saw similar results.

“This is the second year I’ve been involved with Fortin Gage and it’s really fun,” Donchess said.