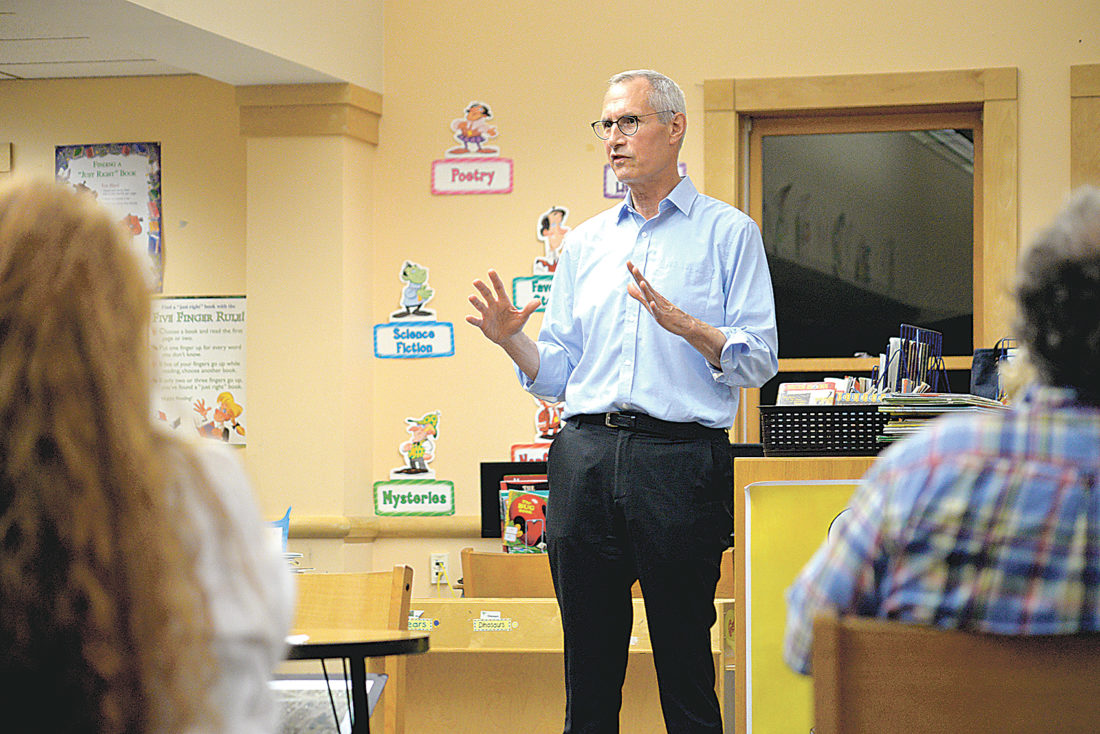 NASHUA – Barium, as well as carcinogenic dioxin and arsenic, found at the former Mohawk Tannery led the U.S. Environmental Protection Agency to classify it a Superfund site.

At least one real estate developer, Bernie Plante, believes he can successfully contain the toxic sludge and construct new apartments and condominiums at the site, which is located along the Nashua River.

Meanwhile, Nashua Mayor Jim Donchess is hoping to gain as much public input as possible regarding how the city and its partners should address the tannery property. Thursday at Amherst Street Elementary School, he met with several residents regarding the ongoing efforts to remediate the property.

“I’ve always said we want to hear from the neighborhood as to how they think we should proceed,” Mayor Donchess said. “People have lived with the tannery for a long, long time. Everybody knows that there’s been various committees and the like from the neighborhood that have examined the site over time.”

The property was home to a facility that tanned hides for leather from 1924 to 1984. The EPA hosted two previous public meetings in the city earlier this year on July 25 and August 29, during which officials recommended treating and capping the contaminated soil on site. This method would not result in contractors actually removing the contaminants from the site.

The EPA wants to partner with Plante to turn the site into a 40-acre development, while Plante has said his company would put forth the funds for the majority of the cleanup.

During the 90-minute discussion Thursday, some members of the community passionately expressed displeasure with this plan. They want to see all of the toxic sludge removed from the site.

“It seems like we’ve agreed on at least a couple things,” Donchess said. “Number one, we’re going to try to work with finding a contractor or two who can give us a firm estimate as to what removal and disposal would cost.”

The second suggestion is to talk with someone about the possibility of testing the character of the waste located on the site to determine the energy content after sitting there for so many years. The possibility of using microorganisms, such as bacteria, to break down biodegradable material came up for discussion.

Donchess said the city would need to gather the names of those who could do such testing.

The next steps in determining the cleanup of the Mohawk Tannery site will be up for discussion during the city’s Planning and Economic Development meeting, set for 7 p.m. Oct. 2 at Nashua City Hall, 229 Main St.