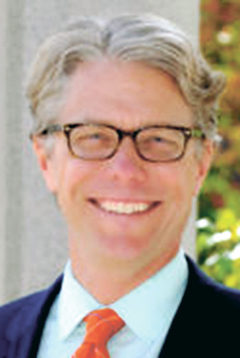 NASHUA – Research shows New Hampshire residents saw average personal incomes increase by 3.7 percent from 2016 to 2017, the highest rate of growth among all 50 states with the exception of Nevada.

Furthermore, New Hampshire recorded the highest rate of population growth of any state in the Northeast during the same period of time at 0.58 percent, according to a recent study by the Pew Charitable Trusts.

“This report adds to and confirms other data trends that are very encouraging,” New Hampshire Department of Business and Economic Affairs Commissioner Taylor Caswell said. “U.S. Census data have shown our net migration numbers increasing over the past two years, and the majority of those new residents are in that 25-to-44 age group we are targeting.”

Throughout New Hampshire, particularly in the Nashua area, businesses are expanding and housing prices are increasing. In fact, individual property values in Nashua have grown as much as 30 percent from their last valuations, while the city’s total property value is up by more than $1 billion from the last time anyone counted.

“New Hampshire’s greatest asset is that it’s New Hampshire,” Caswell added. “Here, you can work as an engineer in a biotech or precision manufacturing firm and after work be mountain biking while commuters in urban areas are still waiting just to get on the highway.”

Among states in the Northeast, Pew data indicate average personal income grew from 2016 to 2017 as follows:

Moreover, according to New Hampshire Employment Security, the Granite State’s unemployment rate is now 2.7 percent. This compares to the national average of 3.9 percent.

The department is hosting the Nashua Job & Resource Fair from 10 a.m. to 2 p.m. today at Nashua Community College, 505 Amherst St.

New Hampshire By The Numbers

NASHUA – The Nashua Police Athletic League facility on Ash Street is scheduled for a complete makeover this ...

DURHAM (AP) — The University of New Hampshire anticipates a reduction of jobs after a consulting group released a ...