Daniel Webster campus silent; New owners have at least one other college property 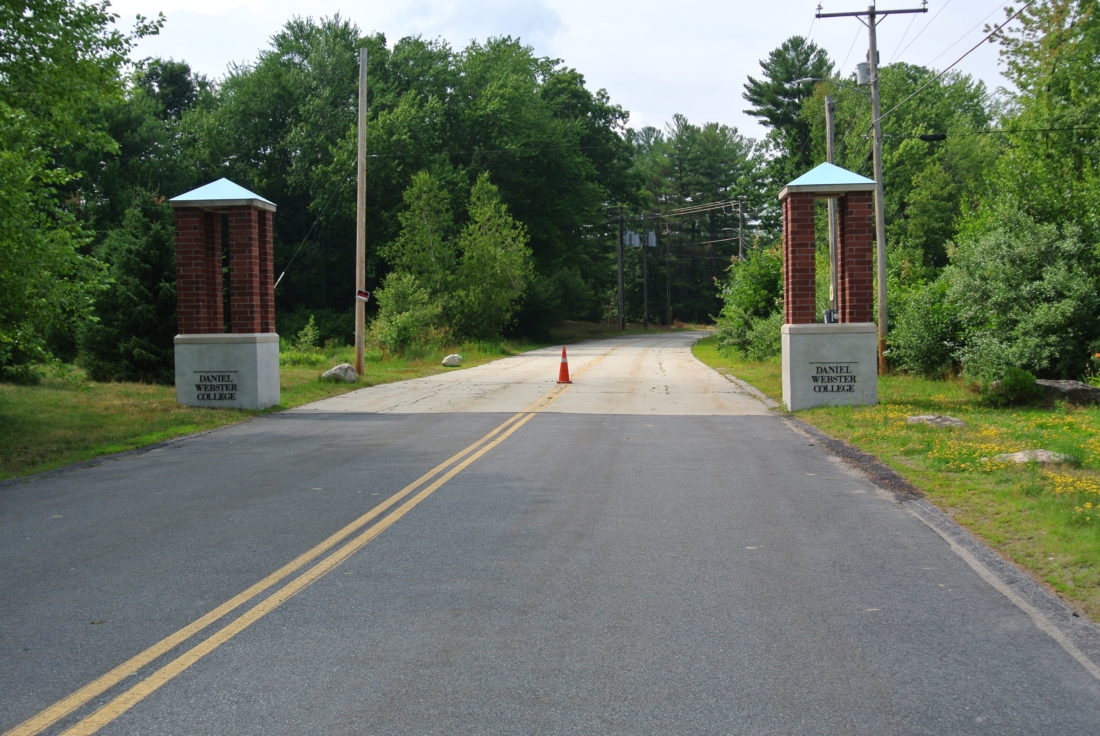 Staff photo by DAmien FIsher The entrance to the campus of the now-defunct Daniel Webster College. Several months ago, a Chinese investor purchased the property, however, the acquired property’s purpose remains a mystery.

NASHUA – Several months after a Chinese investor bought the Daniel Webster College campus for close to $12 million, there are no signs of any development at the property, though there are indications the owners want to operate a college.

While the property sits vacant and overgrown, city officials are concerned about the direction of the development.

“Not a lot is happening over there, much to the city’s frustration,” said Tim Cummings, Nashua’s economic development director.

Daniel Webster, a former aviation school, was sold through a bankruptcy auction in October as part of the ITT Technical Institute liquidation process. ITT bought Daniel Webster in 2009. The new purchaser, Sui Liu, and his attorney, David Lu, of Virginia, have both declined to comment on the plans for the property.

Liu bought most of the 50-acre campus and buildings for a little less than $12 million. Southern New Hampshire University bought a small part of the campus for about $400,000 to use for its new aviation program.

However, The Telegraph has learned that Liu and Lu started a business in New Hampshire known as Xinhua Education Consulting Services, tied to Lu’s business office address in Virginia. The business was formed in January, according to state records.

According to Anthony Schinella, a spokesman with the New Hampshire Department of Education, the owners have yet to present any plans for a future college or school at the Daniel Webster site.

However, according to the New Hampshire Higher Education Commission meeting minutes, company representative did present the state with a request about a future school at that site. There were attempts earlier this year to register the names Daniel Webster College or Daniel Webster University. Both attempts were rejected by the state, as there is some dispute over the ownership of the name.

Saint Paul, the former home of a historically black college, was sold to Liu and Lu’s group for $2.5 million. That purchase includes more than 100 acres of land and dozens of buildings.

Lawrenceville Town Manager Carl Dean said he has not heard anything from the new owners since the sale of the property in late November.

“We have seen no activity over there,” Dean said. “We’ve had a tough time getting them to cut the grass.”

Saint Paul closed in 2013 and sat dormant for years before Liu purchased the property. There were initial stories that Liu and Lu planned to open a college on the property. Dean said that mostly came from the former Saint Paul president hired by Xinhua to act as a spokesman.

In Nashua, Xinhua hired former Daniel Webster president Mike Diffily to act as spokesman. Contacted by phone on Monday, Diffily hung up as soon as The Telegraph reporter identified himself.

Cummings said the city continues to work with representatives for Xinhua to keep the property maintained as it sits idle. There were concerns from the Xinhua camp about being able to get funding out of China to pay for the maintenance, Cummings said.

Dean said some observers in Lawrenceville suspect the property is being used to anchor visas for Chinese nationals.

Foreign investors who invest $500,000 or $1 million depending on the investment are entitled to a visa under U.S. immigration law. Lu’s law practice promotes itself as specializing in immigration cases.

According to a recent report in Bloomberg, American colleges have become popular investments for wealthy Chinese, with several being bought by Chinese companies and individuals in recent years.