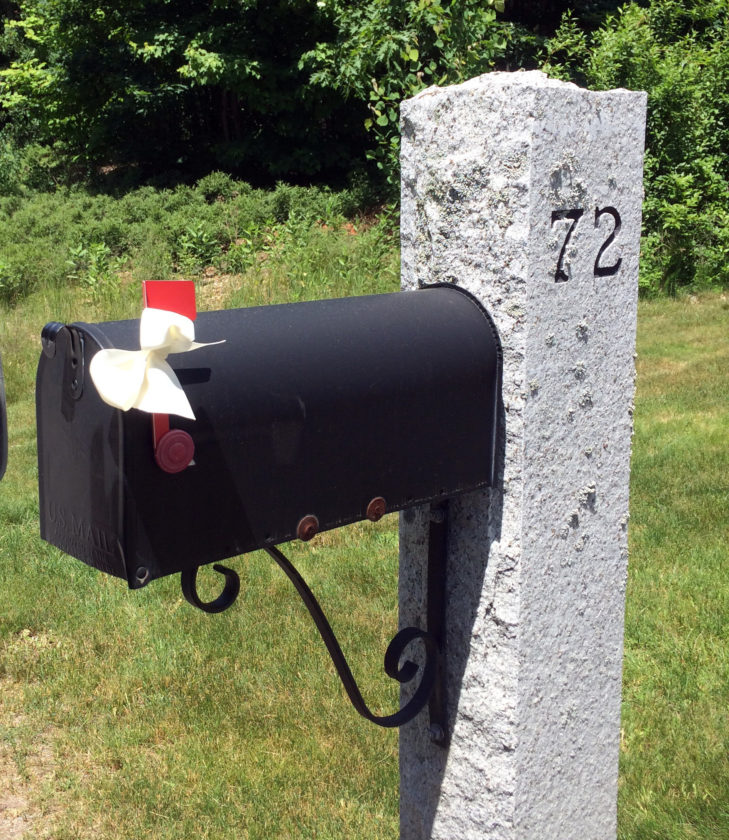 Courtesy photo A Hollis resident affixed a yellow ribbon to their mailbox in memory of longtime postal worker Clifford Thissell, who was killed in a three-car crash Sunday in Chelmsford, Mass. The resident also left a card of condolence inside the box.

Longtime Hollis postal worker Clifford V. Thissell was “an old-school letter carrier … one of those carriers who really cared about his customers,” colleague Mike Lipkind said Wednesday, several days after Thissell died as a result of a three-car crash on U.S. 3 in Chelmsford, Massachusetts.

“And they loved him,” Lipkind added.

Thissell, who, friends and family say, always insisted his nickname was spelled “Clif” with just one “F,” died at a Lowell, Massachusetts hospital early Sunday morning of injuries sustained in the crash, which happened just before 1:30 a.m. in the northbound lanes of U.S. 3 just north of Exit 32, police said.

After an on-scene investigation, police arrested Nashua resident Christopher Thompson, 38, whose Volkswagen Jetta slammed into Thissell’s car from behind, causing it to spin into the path of a Jeep Cherokee, whose driver was unable to avoid striking it, police said.

Thompson was charged with one count each of operating under the influence of alcohol causing serious bodily injury; negligent operation of a motor vehicle; and a state highway traffic violation. 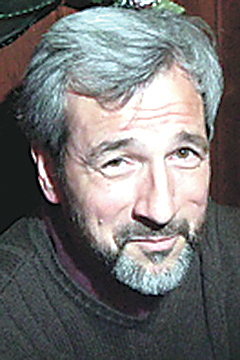 He was released on bail and was expected to be arraigned in Lowell district court this week.

Neither Thompson nor the driver of the Jeep, a 28-year-old Lowell man, were injured, police said.

Thissell, a former Billerica resident who turned 63 the day before the crash, joined the Hollis post office 22 years ago, shortly after he moved to Hudson, his family said.

Calling hours are scheduled from 3-6 p.m. Saturday at the Sweeney Memorial Funeral Home, 66 Concord Road, Billerica. A funeral service will take place at a later date.

Contributions in Thissell’s memory can be made to the Cummings Veterinary Medical Center at Tufts, 53 Willard St., North Grafton, MA 01536.

Word of Thissell’s death fueled a blizzard of social media comments, most of which appeared on the “Hollis-Brookline Community” Facebook page.

Posted by friends and acquaintances ranging from Thissell’s postal customers to some who knew of his interest in art, most reflected shock, sadness and a sense of loss for a gregarious carrier who routinely went above and beyond the call of duty.

Thissell was Laura Garofalo Gargasz’s mail carrier for about eight years, she wrote. “We loved Clif … a wonderful person, and a gifted artist too,” she added.

“Such a treasure,” is how Julie Drexler Desmarais described Thissell, who “always brightened my day when he came to my door with a package, or when I ran into him at the mailbox,” she wrote.

Not only was Thissell “always ready with a smile and encouragement,” Rachel Scott wrote, he often split up the day’s mail between her children so each could play a role in completing its delivery.

Those who resided on Thissell’s route recalled “such a nice person with a great sense of humor” who always wore “a big smile on his face” and was never too busy “for a quick chat.”

To Thissell, the slices of pizza he often grabbed for lunch at Hollis House of Pizza weren’t complete without a certain topping. “He always had to have his sprinkle of hot pepper flakes,” Tiffany Cole Wentzell wrote. “We will miss his smiling face.”

Jean Chapman posted her condolences to Thissell’s family “with a sad heart. He was the best mail carrier ever … friendly, caring, and always going that extra step,” Chapman wrote.

Sue Ramsdell Holmes agreed, recalling a carrier who “always went the extra mile to make sure his customers got the very best service.”

Erika Cross MacDonald suggested that “the best tribute we could pay to Clif” is to emulate his character and personality by “being kind to the people we meet each day.

“I can’t help but think how incredibly lucky we all are to know Clif, someone who obviously touched the lives of so many,” MacDonald wrote.

“It shows how a little kindness can truly make a difference in the lives of others.”